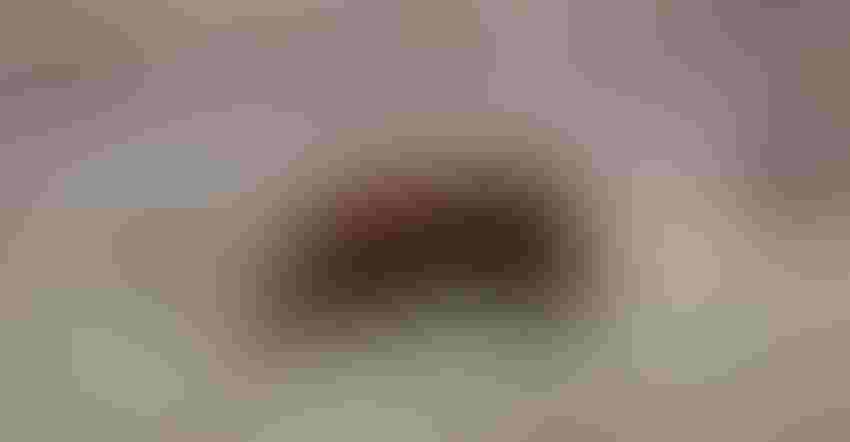 At the end of November, 69 percent of the U.S. was abnormally dry or worse with over 53 percent in some degree of drought (D1-D4) according to the Drought Monitor.

The Drought Severity and Coverage Index (DSCI) is calculated from the D0-D4 categories and was 181 for the U.S. in the latest week. The weekly DSCI for the U.S. has averaged 171 for the year to date. The DSCI can take on values from 0 (no abnormally dry conditions) to 500 (100 percent of the region in D4 (exceptional drought).

The drought values above indicate how beef cattle operations are affected in various locations. However, broader cattle market impacts may occur depending on the severity of drought and the size of the cow herd in various regions. Beef cow slaughter is up 8.6 percent for the year to date and includes some drought liquidation but from exactly where is unclear. I created an ad-hoc index that incorporates drought conditions as measured by the DSCI and the number of beef cows in the states that make up the West and High Plains regions. With drought impacts heavily weighted, the four states of ND, MT, CA and SD show the greatest likely impacts on the U.S. beef cow herd in 2021, with lesser national impacts in Utah, New Mexico, Oregon, Wyoming, Nevada and Colorado.

The annual Cattle report, due out Jan. 31, 2022, will reveal exactly where and how much beef cow inventories changed along with other cattle inventory data.

Drought in the wintertime is generally not a major cattle market issue with limited exceptions, such as the winter wheat crop (winter wheat grazing). However, the extent and level of drought in the U.S. at this time is troubling because of the potential for drought to extend into the next growing season, at least in some regions.

With dry conditions persisting since 2020 in some regions, many beef cattle operations have already made significant adjustments and will have very little flexibility if the current drought extends into 2022. This could result in another severe round of cow liquidation in the first half of next year. A decade ago, severe drought caused the unplanned liquidation of some two million beef cows and affected cattle markets for several years, arguably up to the current time. It is possible it could happen again.

Source: Derrell Peel and Oklahoma State University, which is solely responsible for the information provided and is wholly owned by the source. Informa Business Media and all its subsidiaries are not responsible for any of the content contained in this information asset.