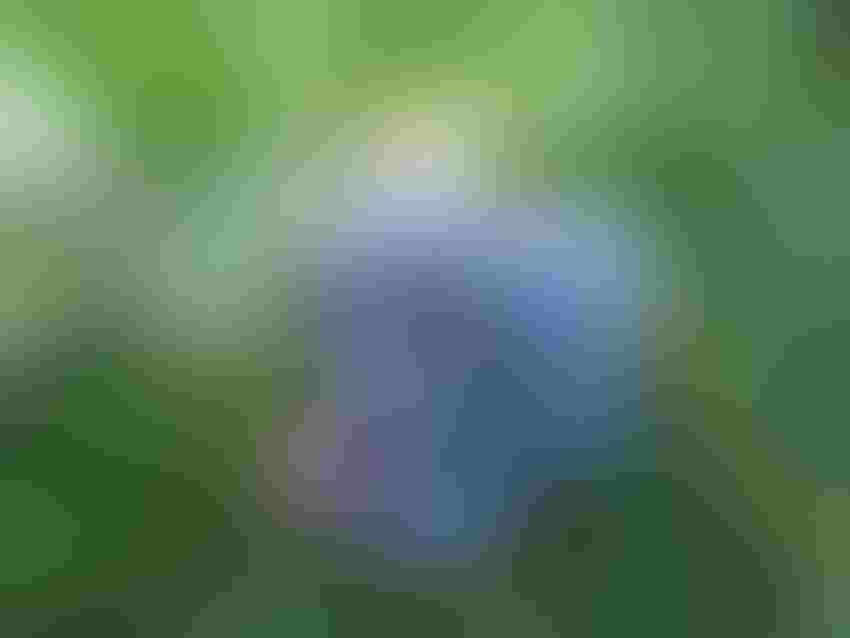 It’s blueberry season in North Carolina, a time when the market for the fresh, locally grown fruit surges. At North Carolina State University, Hamid Ashrafi is busy breeding better blueberries for that market.

When Ashrafi joined NC State’s Horticultural Science Department two years ago, he brought advanced skills in molecular marker-assisted breeding to one of the nation’s most important public blueberry breeding programs.

NC State breeders have developed and introduced more than 40 blueberry varieties — including some of North Carolina farmers’ favorites — since the program was started in the 1940s.

Back then, the breeding program’s focus was disease resistance, and that’s still important. But over the years, the program evolved to focus on some other traits that consumers and farmers want – higher yields, better taste and the firmness and crispiness levels needed to withstand the rigors of mechanical harvesting.

Traditional breeding — crossing one high performing plant with another, then selecting the best offspring and seeing how well they do in the field — can take a long time: up to 20 years for blueberries, Ashrafi said. But marker-assisted breeding can speed it up.

MAS isn’t genetic engineering; it’s a breeding shortcut that involves looking for sequences of nucleotides that make up a segment of DNA that are near the genes of interest.

Related:How a blueberry family won and lost against a punishing situation

"I can grow the plants in a greenhouse, and when they are seedlings, I can get one leaf of each and run the markers,” Ashrafi explained. “Those that don’t have any potential for the trait I’m interested in, I don’t need to put them in the field. I can focus, early on, on the ones with the greatest potential.”

Ashrafi is also developing the genetic map and genome sequence for a southern high-bush blueberry that is widely grown in North Carolina and elsewhere in the world. He’s also studying the genetic interactions between blueberry plants and a pathogen that causes mummy berry — one of the most significant fungal diseases affecting highbush blueberries. The information that study reveals will be key, he said, in developing resistant varieties.

Ashrafi said that what sets NC State’s blueberry breeding apart from other breeding programs is its emphasis on developing high-yielding blueberry varieties that can be mechanically harvested. About 75 percent of North Carolina’s blueberries are sold fresh, and consumers don’t want fruit that’s been bruised during machine harvest, he said.

At the  Castle Hayne Research Station,north of Wilmington, in the heart of North Carolina blueberry production, Ashrafi is conducting experiments aimed at improving blueberry firmness and crispness without sacrificing yield.

In the end, Ashrafi said, the goal is to deliver berries that are not only profitable for farmers but also healthful and tasty for consumers.