It is a bitter coincidence for blueberry growers in Georgia that a winter, characterized by unusually warm temperatures and mild conditions, will long be remembered for a devastating freeze that occurred on spring’s doorstep. 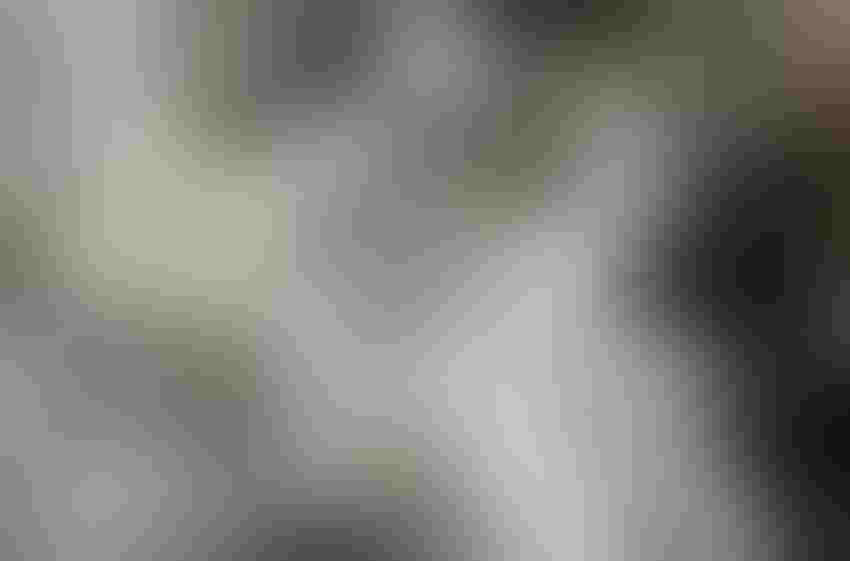 Blueberries in Appling County, Ga., March 16 coated in a layer of ice from irrigation water in an effort to protect them from a severe freeze which appears to have devastated Georgia’s 2017 blueberry crop.Bob Kemerait, UGA Extension

It is a bitter coincidence for blueberry growers in Georgia that a winter, characterized by unusually warm temperatures and mild conditions, will long be remembered for a devastating freeze that occurred on spring’s doorstep.

According to emerging reports, losses for Georgia’s blueberry crop will soar to hundreds of millions of dollars.  The unseasonable warmth during the winter of 2016-2017 has increased risk to diseases and nematodes in the upcoming cropping season; the late-season freeze and resulting losses seem a cruel joke on the agricultural community.

I spent Thursday, March 16, the day following the freeze, with University of Georgia Extension agents James Jacobs, Joe Slusher and Shane Curry.  Assigned to Pierce, Ware and Appling Counties, respectively, these men work in an area of the state where blueberry production is of significant importance.

Driving through Appling County that morning, I passed fields of blueberries coated in thick layers of ice in valiant effort to protect the crop.  Arriving to discuss disease management options for row crops, I found James and Joe huddled with farmers, consultants and insurance agents discussing the effects of the freeze and listening patiently to what others had seen.  Their phones buzzed frequently as growers called to check in, with one grower saying, “I know there is nothing you can do about it now, James, but I wanted to let you know.”

“I know there is nothing you can do about it now, James, but I wanted to let you know.”  Those words were sobering, as was the sight of men and women affected by this event as they stood quietly and spoke in hushed tones with the UGA Extension agents.

Talking with James, Joe and Shane later, all say they received in excess of 40 phone calls, text messages and requests for field visits in the aftermath of the freeze.  I was saddened and concerned for those whose livelihood was affected.  One grower said in conversation with Shane, “Hey, didn’t you say someone asked if there were any blueberry farms for sale?  If so, I have one.”  But I was also proud to be on the same team, UGA Extension, to which these young men belong.

Recent years have not been easy for Extension in the South, and Extension at the University of Georgia is no exception.  Budget cuts and early-retirements resulted in rapid loss of many of our most senior and experienced agents.  Thankfully, the leadership at the University of Georgia and in our state legislature never forgot the importance of Extension or the impact that our efforts have on many people, and not only farmers, across the state.  However, it takes time and resources to replace those who have left and it takes time to bring a young and impassioned agent “up to speed.” In an era where information is available only “a click away” on the Internet and where new agents struggle to fill the giant shoes left behind, some have even questioned the need for agricultural Extension, at least in a more traditional form.

Those in the Southeast have not forgotten the importance and value of Extension.  Blueberry growers, peanut growers, pecan growers and homeowners all call upon local Extension agents for non-biased, research-based recommendations.  When visiting with growers in counties where an agent may be newly hired, I remind them that this agent, like every agent in the state, is the “tip of the spear” for the University of Georgia’s outreach effort, borrowing this analogy from symbolic arrowheads I used to see painted on US Army battle tanks.

The data and results from countless experiments conducted at the University of Georgia, and at other land grant universities, are funneled to the grower, consultant, homeowner and others in the agricultural landscape through our Extension faculty.  It would be impossible for each agent to be an expert on every subject important to their clientele.  It would also be impossible for the land grant universities to reach as much of the public without our agents.

There is no doubt that significant amounts of information are available to growers on the Internet.  However, the Internet can never replace the Extension agent whose footprints are in the local fields and whose recommendations to the growers or through the consultants are motivated by what is best and based upon years of research.  Now, and since the inception of the Extension system, tremendous value is put on the personal relationships developed with the farmers and country agents.

Blueberry grower Bert Branch, Black Water Creek Farms, Pierce County, summed it up best when asked about the importance of Extension to his operation.

“Having a good Extension agent only a phone call away when your farm is dealing with an event as severe as the freeze we just endured is immeasurable, especially when they have the compassion and concern for what you are dealing with as if they are part of your own farm family,” Branch said. “They are a wealth of knowledge as to what can or might be able to be done to help save your crops or, sometimes, just to tell you that you’ve done all you possibly can.”