Even with her university responsibilities, Robin Morgan’s ‘heart is still in agriculture.’ 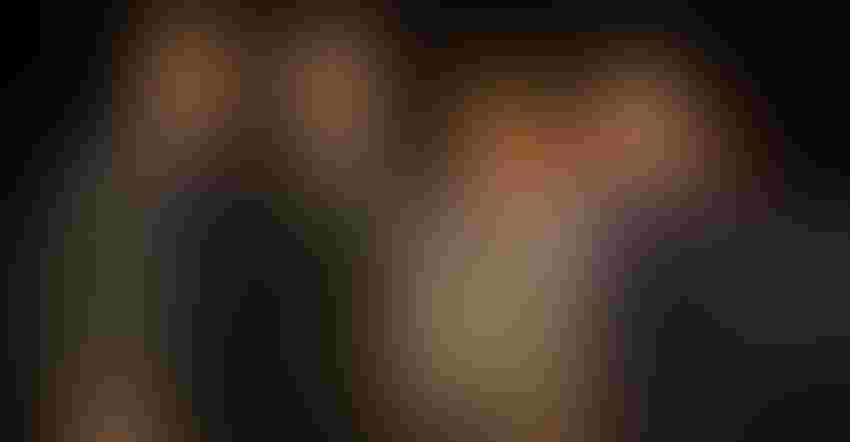 Morgan was honored for her commitment to agriculture through education, research and encouraging the next generation of agriculturalists.

“I didn’t always understand agriculture. I was a molecular biologist,” Morgan said. “Somewhere along the way, I started caring so much about the people who raise food and the people who think about what this country needs and what the world needs. I got changed. I thought about what it really means to feed people, and that we are what we eat and we are what we drink, and the value of all the things people do.”

Morgan was lauded for encouraging the next generation of agriculturalists. She has made a difference in the lives of young people, from 4-H to middle and high school agri-science students to the college students whom she interacts with daily. She has earned numerous awards reflecting her commitment to youth, including the Honorary American Degree awarded by the National FFA Organization.

Secretary of Agriculture Michael T. Scuse recalled when Delmarva had the misfortune of having avian influenza in 2004, a poultry disease never seen in the U.S.

“Dr. Morgan asked what we were going to need to eradicate the virus, knowing what the economic impact of this devastating disease would mean to agriculture. I laid out everything we needed to combat it and she was ready to help,” Scuse said. “I remember asking Robin if she needed to get permission first [from the University]. She didn’t quiver in her offer and told me that she would worry about that later, let’s get done what we need to do.”

Scuse attributed her can-do attitude and quick action as the main reason the disease was quickly squashed and did not spread to other farms, setting an example for national and international responses to avian influenza.

There have been many changes in the ag industry since Morgan joined the University of Delaware as an assistant professor in the Department of Animal and Food Sciences: Farmers are producing more food with less land; computers have gotten smaller and precision agriculture is assisting farmers with production; and students are no longer going to college to learn husbandry and crop production — they are learning skills to use in brand-new careers in agriculture that did not even exist when Morgan began her career in 1985.

From her time as an assistant professor to full professor to dean of the College of Agriculture and Natural Resources to now serving as provost, Morgan has been able to witness these changes.

Even with all the positions she has taken on at the university, she said “that my heart is still in agriculture.”

Source: Delaware Department of Agriculture, which is solely responsible for the information provided and is wholly owned by the source. Informa Business Media and all its subsidiaries are not responsible for any of the content contained in this information asset.