Pennsylvania crops are in good shape, while New York apples are benefiting from the colder nights. 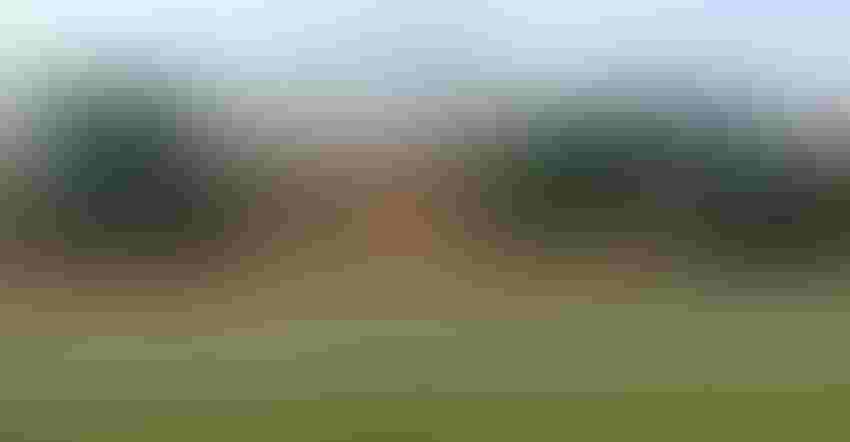 HARVESTING IN MARYLAND: About 10% of corn in Maryland has been harvested thus far, including on this farm in Galena, Md. Buddy Masten

It’s gotten really dry in parts of Maryland and Delaware. But will it affect corn and soybean yields? That will depend on when the crop got into the ground.

“We had decent rainfall the second half of August, and if you had irrigation I would say the corn is fine,” says Jarrod Miller, agronomy Extension specialist at the University of Delaware’s Carvel Research and Education Center in Georgetown, Del. “Yields are 220 to 300 for earlier-planted corn. Beans still have time before harvest and won’t suffer under irrigation. Dryland yields are probably less than 180 based on a hot and dry July.”

“The dry period that really had some impact occurred about a month ago and caused a lot of the earlier crops to not fill pods and kernels as well they could have,” Morris says.

Soil moisture is deteriorating with 37% of topsoil rated very short in moisture and 26% short, according to the most recent Crop Progress Report.

About 10% of corn for grain has been harvested thus far in Maryland and 61% of the crop is mature, ahead of last year’s pace of 43%. The average corn height is 97 inches, slightly taller than last year’s average at this time.

Soybeans are 93% fully podded, right at the five-year average.

The apple harvest has fallen behind with 36% of the crop harvested, below the five-year average of 43%.

In Delaware, 12% of corn grain has been harvested, behind the five-year pace of 20%, and 53% of the crop is mature, behind the average of 72%. The average crop height is 82 inches, well-behind last year’s average of 100 inches.

Soybeans are 58% fully podded, behind the average of 68%.

Jeff Graybill, Extension agent in Lancaster County, says he’s seen dry pockets in Perry and Franklin counties, which were dry in July and might lose significant yield from the stress.

In Lancaster County, though, he expects a good crop.

“Here in Lancaster the crop looks excellent overall,” he wrote in this week’s Crop Progress Report. “I judged a [Pennsylvania] soybean contest harvest on Friday, which yielded just over 109 bushels an acre; just an amazing field. Silage harvest is wrapping up as well as the tobacco harvest.”

Del Voight, senior Extension educator of agronomy, says this year’s crop condition is a lot better than last year at this time.

“Good to be dry for most compared to last year. It rained all the time and the crop deteriorated to almost getting most loads rejected,” he says.

Voight says he’s seen some corn test weight in the 57-pound range, much better compared to last year when he was seeing 52-pound test weights.

A crop he recently certified at an elevator, a 110-day hybrid at 27% moisture, yielded 288 bushels. A mid-group 2-soybean crop he also certified averaged 90 bushels an acre. He’s even heard of 250 bushels an acre for 100-day corn.

He says double-crop soybeans could need some extra moisture. 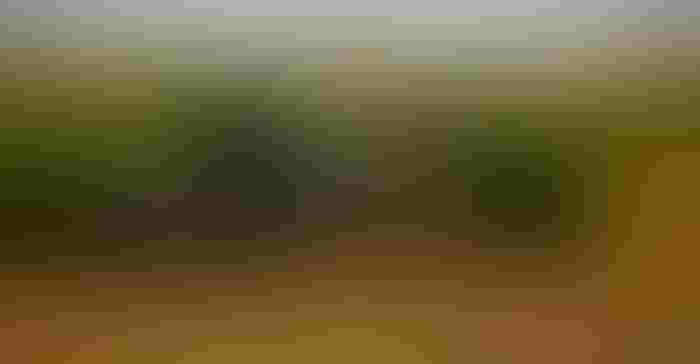 HORSE POWER: An Amish family is busy harvesting corn on a cool, crisp morning outside Schaefferstown, Pa. Corn yields are expected to be solid in south-central Pennsylvania this season.

The average corn height is 103 inches in Pennsylvania and 32% of the crop is mature, which is right on average.

Corn silage is 66% harvested, ahead of last year’s pace of 47%. Only 6% of the crop has been harvested for grain thus far.

In New Jersey, 28% of the corn crop is mature while 51% of soybeans are fully podded, slightly ahead of last year’s pace.

Crops in New York are slowly rebounding for those farmers who ended up getting a crop in the ground.

Apples are reportedly in very good condition. The crop is 19% harvested, slightly behind the five-year pace.

Susan Brown, professor of horticulture at Cornell, said in a recent news release that 2019 will be an excellent year for apple quality. New York is the nation’s second-largest apple producer, behind only Washington state.

Brown says that even though the wet early season made disease control difficult, recent cold nights have been great for enhancing color and quality.

She says that apple size will be bigger this year.