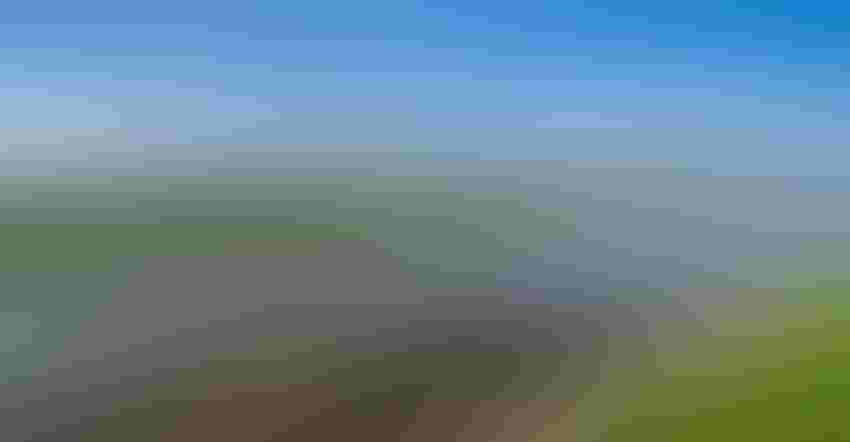 It’s peak export season for U.S. soybean markets. This year’s shipping season has not been without its challenges, however. This morning’s weekly export sales report from USDA reflected some of those dynamics.

Here are a few of the highlights with the relevant insights you need to lighten up the conversations in your weekend fantasy football group chats if you’re a Chicago Bears fan like me and have little else to contribute to the convo.

To be clear, I equate the term “winners” with the Washington Commanders’ win over the Chicago Bears on Thursday night. Sure, they won, but let’s call this trend of only scoring by kicking field goals (or lackluster exporting paces) what it is – lackluster results.

I’m not being harsh. I have the same objective critique for my husband’s Denver Broncos team. And this week’s corn export sales.

But even after Hurricane Sandy slowed shipping volumes a year ago, this morning’s marketing-year-to-date soybean shipping paces are still a significant 24% lower than last year. What’s more concerning is that this year’s cumulative soybean export volumes are a staggering 70% lower than the same paces in 2020/21.

China was the top destination for U.S. soybeans last week (22.3M bu.), though volumes trailed year-ago shipments (47.2M bu.) by more than double the amount. But on a good note, Khalil Herbert was as impressive last night as Mexico and Egypt upping their weekly soybean purchases from the U.S. by 34% and 16% more than the same time last year.

So there is some optimism in the smaller and closer markets, like the Bears’ run game. But there are still a lot of issues to be addressed on the logistic front before we can count any upward shipping trends in the soybean market as a win.

2022/23 impending soybean export volumes: In the past three days alone, USDA has announced 63.6 million bushels of export sales to China and other unknown buyers to be shipped in the next 11 months. This morning alone, USDA shared a sales update of one soymeal and two soybean orders to international buyers.

While those numbers were not reflected in this morning’s Weekly Export Sales report, which only spans transactions through the October 6 reporting period, the sales are bullish prospects for U.S. soybean prices in markets that have access to available export terminals (i.e. not the U.S. Gulf).

2022/23 impending corn export volumes: From a gross standpoint, 2022/23 corn export sales booked through the September 30 – October 6 reporting week increased by a third on the week to 15.6 million bushels. But net sales actually decreased 12% to 7.9 million bushels due to order cancellations from unknown buyers.

Late September typically marks the end of peak export season for wheat, which ranges from mid-April to the end of September. It’s likely next week’s report will showcase lower wheat shipping volumes. But for now, we can make like the Washington Commanders and enjoy this win.

The Gulf of Mexico: It’s still dry in channels of the Lower Mississippi River at points right before barges arrive at key U.S. Gulf shipping terminals to be loaded into export markets.

Let’s equate the grain shipping issues to last night’s Bears game. The backlogs on the Mississippi are like when your team uses all their first-round draft picks for defensive players. And then their defense still gives up touchdowns. And you still can’t convert on fourth downs at the goal line. What good is a first-round quarterback pick – or stellar soybean harvests for Illinois farmers – if you can’t get your team (soybeans) to win (or get to market)?

About 14% of total 2022 U.S. corn supplies and 44% of this year’s U.S. soybean supplies are expected to be exported by the end of next summer – much of it largely through the Gulf port facilities. According to Farm Bureau, 95% of corn and 94% of soybeans shipped via riverways and ultimately destined for export markets travel the Mississippi River to the Gulf.

Wheat exports are loaded out fairly evenly between the Gulf and the Pacific Northwest. So while they are still impacted by the ongoing shipping issues, like my opinions of my husband’s Broncos in relevance to my Bears, wheat is still not the top priority at the Gulf currently compared to corn and soybean shipments.

Dredging efforts on the Mississippi River are underway to help speed up the flow of traffic. Some shipping lanes have reopened thanks to the Army Corps of Engineers’ efforts, but backlogs persist and are increasingly forcing farmers to turn to alternative – and more expensive – methods to transport grain.

In the meantime, cash markets are likely to drive farmer sales to end users outside of the export market. But even with sky-high commodity prices, profit opportunities could be limited. Trucking and rail costs remain high as other producers of aluminum, steel, and other goods outside of agriculture along the Mississippi scramble to find available transportation.

“In order to move the amount of freight that currently is in transit via barge on the Mississippi, it would require an immense amount of capacity that is unique from an equipment standpoint,” Charles Roth, an analyst at FTR Transportation Intelligence, told Bloomberg last week. “The trailers required to haul grain versus coal and versus bulk liquids are all different. There’s limited options for moving that freight.”

Corn export shipping paces: Weekly corn export shipping volumes fell to a 2022/23 marketing year low through the October 6 reporting period. Corn shipments only tallied 16.6 million bushels during that period, down over a third from last week.

To be sure, peak corn export volumes typically occur during the summer months, which means that lackluster corn shipments during October aren’t really anything to be worried about at this point so early in the 2022/23 marketing year.