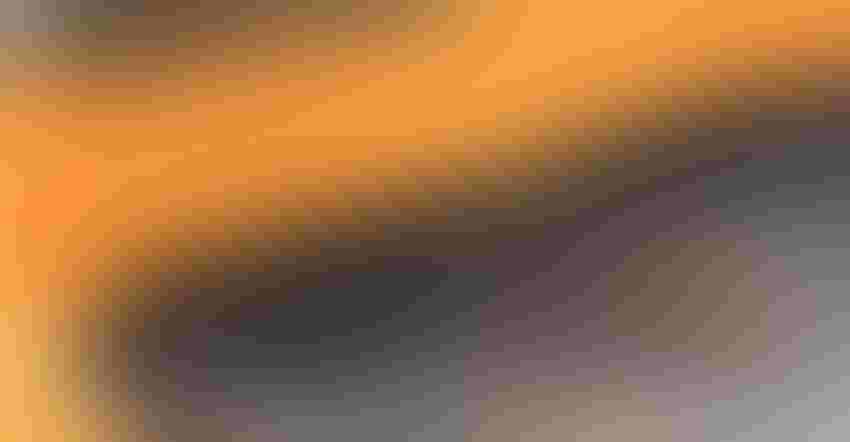 TESTING CORN: Corn processors are aware of mycotoxin concerns from the 2016 corn crop. Ethanol plants have stepped up their mycotoxin testing and are letting their corn suppliers know the maximum level they will accept.DarcyMaulsby/ThinkstockPhotos

The 2018 U.S. corn and soybean harvests are nearly complete, as is planting for the 2018/19 winter wheat crop, according to the latest crop progress data from USDA. The weekly updates typically hold few surprises this time of year, but this week’s report proved to be the exception to the rule after the agency bucked analyst expectations by raising its quality ratings for winter wheat by two points to reach 56% in good-to-excellent condition.

But that number may sound better than it actually is, according to Farm Futures senior grain market analyst Bryce Knorr.

“Our forecast of yields based on the state-by-state ratings, which is weighted differently than USDA’s national conditions, showed virtually no improvement,” he says. “Still, the crop is in better shape than a year ago, with yield potential ranging from 47.7 to 50.6 bushels per acre.”

Corn harvest reached 90% last week, up from the prior week’s total of 84% and mostly in line with 2017’s pace of 89% and the five-year average of 93%. USDA marked three states – Illinois, North Carolina and Tennessee – as effectively completing their 2018 corn harvests. Elsewhere in the Corn Belt, states including North Dakota (71%), Michigan (74%) and Pennsylvania (76%) still have plenty of harvest progress yet to make.

This year’s soybean harvest is also inching along, moving from 88% complete the prior week to 91% complete as of November 18. The pace remains a bit behind 2017 and the five-year average, both at 96%. Nine of the top 18 production states have progress of at least 90%, with North Carolina (58%) still with the most progress yet to make.

Other crop progress of note includes: