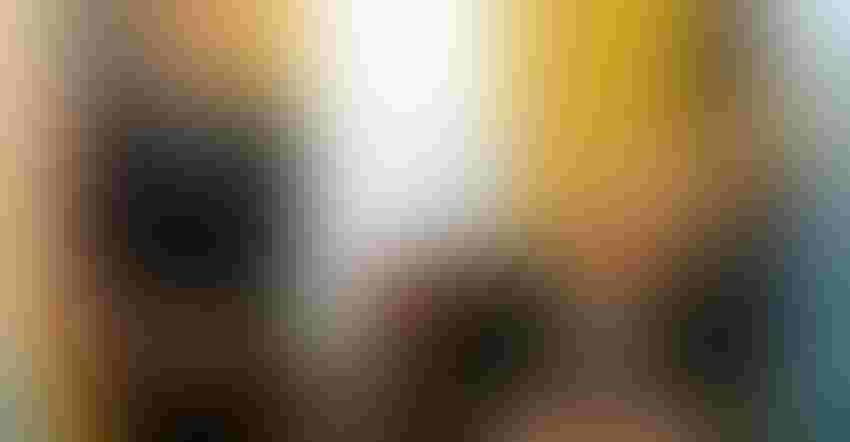 The temporary transatlantic trade truce may come under pressure later this month if the U.S. follows through on a plan to increase its tariff pain on the European Union.

In mid-February, the U.S. could announce levies on a new tranche of European goods — like Champagne and leather handbags — stemming from a decades-old dispute over aircraft subsidies.

If the U.S. follows through with its plan, it could hammer shares of European luxury brands like Givenchy and Hermes — which produce leather goods — and Remy Cointreau and Pernod Ricard, which make cognac and champagne. LVMH Moet Hennessy Louis Vuitton would be particularly vulnerable because it produces a wide array of these products.

The genesis of the feud goes back 15 years, when the U.S. and EU started fighting concurrent World Trade Organization disputes over allegations of illegal subsidies to their respective aircraft industries. A couple of years ago the Geneva-based trade arbiter said both the U.S. and the EU were guilty.

Last fall, the WTO said the U.S. could legally impose tariffs on $7.5 billion worth of European exports in retaliation for Europe’s aid to Airbus. In October, Washington imposed 10% duties on Airbus aircraft and 25% tariffs on a range of European consumer exports — Scotch, French wine and Spanish olives.

At the time, the U.S. held off on penalizing certain luxury goods like cognac and handbags, with administration officials saying their goal in imposing the duties was to persuade the EU to negotiate a settlement.

But a transatlantic trade peace has proved elusive and U.S. officials say the EU’s overtures have been unacceptable. A WTO ruling expected this summer could provide the EU with the right to retaliate against American goods in response to U.S. subsidies for the Boeing Co.

The EU’s Trade Commissioner, Phil Hogan was in Washington this week, meeting with Lighthizer in an effort to prolong a 2018 trade truce that has been fraying in recent months. But if Hogan fails to persuade his U.S. counterpart to halt the carousel tariffs some of Europe’s top luxury brands could soon find themselves in America’s crosshairs.

According to the U.K. government, there’s a pot of gold at the end of the Brexit rainbow marked “trade deals.” An agreement with the U.S. appears to be a priority. But Bloomberg Economics’ analysis using a gravity model suggests the benefits of such a deal would offset only a seventh of the cost of leaving the EU — the world’s biggest single market.

Deal dedication | Trump and Chinese President Xi Jinping reaffirmed their commitment to implementing the phase-one trade deal signed between the two countries last month, according to a White House readout of the leaders’ call.

Data delay | China’s January trade data was scheduled to be released Friday, but will instead be announced together with February’s numbers, according to the customs administration.

Escape clause | Global commodity trade plunged deeper into chaos as Chinese companies started walking away from purchase contracts because of the spread of the deadly coronavirus. Here’s what you need to know about force majeure.

Not working | Trump’s policies on trade do not work because imposing tariffs on goods from certain countries will result in product being imported from other nations, former World Trade Organization Director General Pascal Lamy said.

Virus fallout | A nascent recovery in Indonesian exports is under threat, with the coronavirus outbreak set to sap Chinese demand for commodities including palm oil, coal, paper and pulp, according to the head of the Research and Development Agency at Indonesia’s Trade Ministry. That threat is already on show in Taiwan, where exports plunged in January.

German risk | Headline industrial output collapsed faster this December than at any time since the financial crisis. Bloomberg Economics now expects the German economy to have contracted in the fourth quarter.

Japan worry | Recession risks remain elevated: Business condition indexes were stable to slightly higher in December, but they have yet to capture the potential impact on activity from the coronavirus outbreak.

Britain’s departure from the EU on Jan. 31 marked the start of a new and, if anything, more complex phase of the negotiations.

--With assistance from Jenny Leonard.