Farmers conclude that wheat is more valuable as feed than flour. 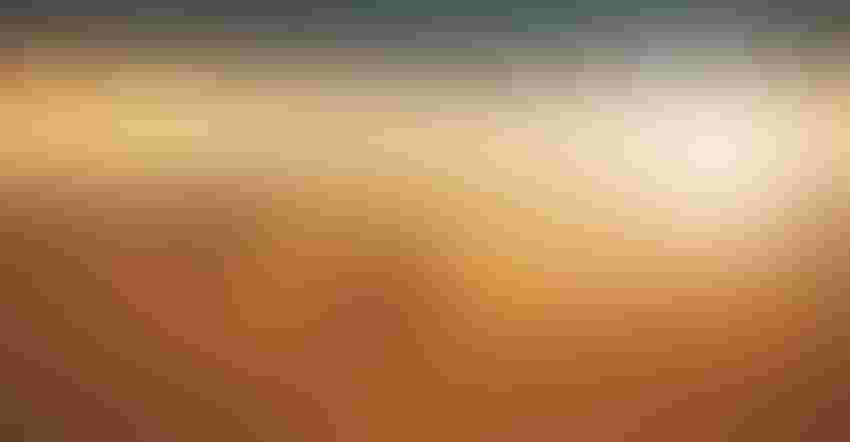 by Sydney Maki and Megan Durisin

The stunted wheat plants on Robert Ferebee’s parched North Dakota farm were in the worst condition he’d seen in almost three decades. Rather than wait until late July or early August to harvest the crop, Ferebee decided last month to cut his losses and his fields.

A drought across the northern Great Plains has forced growers like Ferebee to conclude that their wheat would be more valuable as cattle feed than baker’s flour. They are collecting the crop early -- in some cases before grain kernels have fully formed -- to avoid further damage, and then bundling the tillers and leaves into hay-like bales rather than sending them through a thresher.

While U.S. production already was expected to plunge this year because farmers planted the fewest acres in a century, the dry spell may erode output further. Prices have skyrocketed. Almost half of the country’s spring-wheat crop is grown in parts of Montana and the Dakotas that have been in severe to extreme drought for weeks, according to U.S. Drought Monitor data.

“They’re running out of options,” Ryan Buetow, a cropping systems specialist with North Dakota State University Extension in Dickinson. As many as seven of 10 farmers in the southwestern part of the state will bale at least a portion of their crops, he said. “Yields are going to be so low that it’s not worth harvesting.”

The primary risk is to spring wheat, a high-protein variety grown mostly in northern states that accounts for about a quarter of wheat output in the U.S., the world’s second-largest exporter. North Dakota is the biggest grower, and the condition of fields in the state will be the focus of participants in the annual Wheat Quality Council crop tour, which starts next week.

About 70 tour participants, including millers, bakers and grain traders, will take random samplings of fields across the state over three days and then make a yield estimate. Even if the weather improves, output may fall below the government’s forecast.

“We’re past the point of really dramatically increasing the yield,” said Dave Green, executive vice president at the council in Lenexa, Kansas. “A rain would certainly stabilize it and make it a little better.”

Excluding durum, spring-wheat production was expected to drop 21% from 2016, the U.S. Department of Agriculture forecast last week. The government pegged the national yield at 40.3 bushels an acre, down from 47.2 bushels last year.

Rajesh Singla, an analyst at Societe Generale SA, says the drop may be even bigger. The crop “continues to shrink and the window of recovery is closing by the day,” Singla said in a July 7 report in which he pegged yields at 35 bushels an acre. Planalytics, a Berwyn, Pennsylvania-based crop forecaster, estimates the national average at 39 bushels and predicted North Dakota will get less than 37.

Just across the northern border, Canada produces even more spring wheat, and farms there are struggling. Crops in Saskatchewan have deteriorated over the past few weeks, and many areas are in need of significant moisture to spur development, the province’s agriculture ministry said last week.

On the Minneapolis Grain Exchange, spring wheat futures are about 58% higher than a year earlier, and the rally so far in 2017 is the biggest for the period in decades. On July 5, prices touched $8.685 a bushel, the highest since February 2013. Futures traded at $7.73 on Wednesday. The benchmark contract for winter wheat, the most-common variety, has risen about 20% in the past 12 months on the Chicago Board of Trade, touching a two-year high this month.

But those rallies are of little value to farmers like Ferebee, who said the condition of his winter wheat is the worst he’s seen since the drought of 1988. He plans to feed baled wheat to his own cattle and maybe sell some as forage to nearby ranchers, who are in “really dire shape” because the dry spell has destroyed pastures.

“These prices are great for guys who have it, but it’s at my expense," Ferebee said by telephone from Halliday, North Dakota, where he’s been farming for 36 years. “We’ve done everything we can. Now the good Lord and Mother Nature have to take care of us."

To be sure, most of the country’s winter wheat is grown further south, and harvest there is almost complete. In the USDA’s crop report last week, the agency boosted its outlook for production of winter varieties by more than analysts expected.

Still, farmers in North Dakota may abandon crops at a “much higher than normal” rate, with as much as 10% of the acreage devoted to spring-wheat, barley and oats baled, state agriculture commissioner Doug Goehring estimates. For now, the USDA has said all but 1.7% of the spring-wheat planted this year in North Dakota still needs to be harvested.

“In some cases, farmers have already said they aren’t seeing any berries develop,” Goehring said, referring to the kernels on wheat plants. “We need one of those two-day, 2-inch rains.”

While some farmers are relying on crop insurance to cover costs, many are either barely breaking even or losing money this season, said Bryce Knorr, a Chicago-based grains analyst at Farm Futures magazine.

Mike Day, head of the crop unit at Zurich North America, said many winter-wheat claims have been submitted in the Dakotas, with conditions ranging from marginal to total losses. Claims for spring crops are in earlier stages.

Farm Credit Services of America is also seeing insurance claims in South Dakota, though some won’t occur until the fall, said Tony Jesina, a senior vice president. About two-thirds of the company’s customers near Pierre have wheat fields that are “a trainwreck,” he said.

“For the whole state of South Dakota, it’s been a tough year,” Jesina said. “Net income will be impacted.”