In some areas, potential yields are being compromised each day. 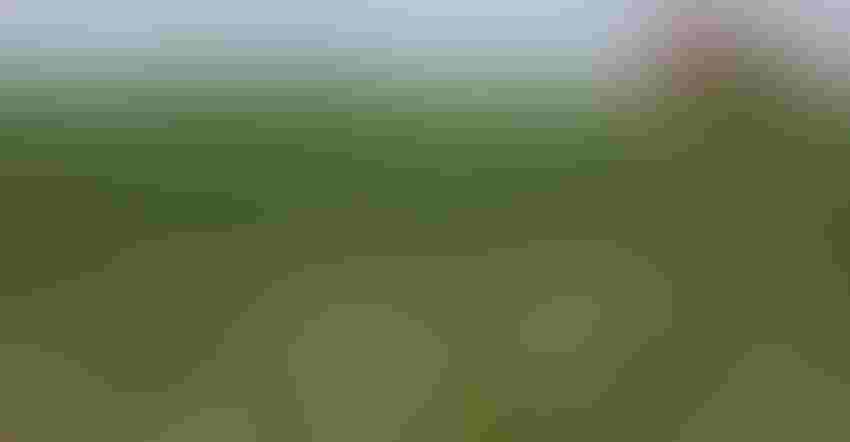 Farmers in Michigan’s Lower Peninsula experienced a much better spring for planting and growing conditions this year than in 2019. But once summer officially started on June 20, the rains dried up and the mercury headed north of 90 degrees F for days.

In some areas, the heat and lack of rain are beginning to take a heavy toll on potential yields, which are being compromised each day. With little chance of rain predicted in the extended weather forecast, the losses could mount quickly.

One of the first crops to be harvested is wheat. The hot and dry conditions have sped up maturity, and combines have begun to roll in areas of the state. Theresa Sisung, Michigan Farm Bureau commodity specialist, indicates quality appears to be good coming out of the field, and yields are OK.

“Wheat yields have definitely been impacted by hot and dry weather during the end of grain fill,” Sisung says. “The heat has helped crops to catch up in development after a cooler spring. Growing degree days were behind normal across almost all of the state, but now the majority of Michigan is slightly above normal.”

According to Sisung, corn and soybeans on heavier soils can draw subsoil moisture, but leaf rolling and turning are becoming commonplace. Topsoil moisture has declined dramatically over the past three weeks, with daily evaporation rates reaching a quarter-inch or more. That means plants are relying on subsoil moisture to continue growing or just to survive.

Later-planted crops with shorter root systems and crops on lighter soils are showing signs of stress. Corn is beginning to show leaf curling. Heavier dews have helped to hold off some of the stress and allowed plants to recover somewhat. Unfortunately, with overnight temperatures predicted to stay warm over the next several days, there is less chance of a heavy dew.

Rob Rudat is the agronomy manager at County Dairy Inc. in New Era, in Oceana County. He oversees 2,000 acres of corn and 750 acres of alfalfa, with the remaining acreage being wheat, rye and oats — all grown on lighter, sandy soil.

“The last 16 days here have been at or above 90 degrees and without any rain,” Rudat says. “Our wheat was hit with a late frost, but luckily we escaped any major issues. And though we expect somewhat normal yields, we’re seeing lower test weights due to that lack of moisture that makes for smaller kernels.

“Because we’re on sandy soils, irrigators are running, putting down three to four-tenths of an inch of water on our corn and alfalfa daily. But even with that, we’re seeing shorter cornstalks and expecting smaller ears. And when it comes to the alfalfa, we’re probably not going to get a fifth cutting this year.”

Sixty miles south of New Era, Jeff Russcher raises corn, soybeans, and hogs on his multigenerational family farm near Zeeland, in Allegan County. His crops are grown on what he refers to as “medium soil.”

“It’s been 10 days since we’ve had any rain worth mentioning, and the heat is sucking the moisture out of the ground at a rapid speed,” Russcher says. “Because of some hard, pounding rains we received in May, we got a bit of late start on planting, finishing up on June 8. So, corn pollination is going to be delayed a bit. Hopefully, the rain will come, and the heat will subside.”

Based on Michigan State University EnviroWeather models, corn pollination should begin in 10 days or so. And while it has been hot and dry — according to the U.S. Drought Monitor map of July 2 — nearly 95% of Michigan is not considered to be in a drought as of yet.

More of same weather for rest of July

Unfortunately, Jeff Andresen, MSU Extension agricultural meteorologist, says the most current medium-range forecast guidance calls for a general continuation of the central U.S. ridging upper-air pattern that is responsible for the current weather pattern to continue into the second half of July.

“The NOAA [National Oceanic and Atmospheric Administration] Climate Prediction Center revised monthly outlook for July now calls for warmer- and drier-than-normal weather in much of Michigan,” Andresen says. “Further ahead, the new NOAA long-lead outlook for the July through September period is calling for warmer-than-normal mean temperatures. Similar to the July outlook, it also has backed off on precipitation totals, with mostly equal chances for below-, near-, and above-normal totals.”

That’s not the news farmers want to hear right now, Sisung says. “We really need some rain and a break from the hot temperatures prior to corn pollination; otherwise the negative impact on yield could be substantial,” she warns.

Source: Michigan Farm Bureau, which is solely responsible for the information provided and is wholly owned by the source. Informa Business Media and all its subsidiaries are not responsible for any of the content contained in this information asset.