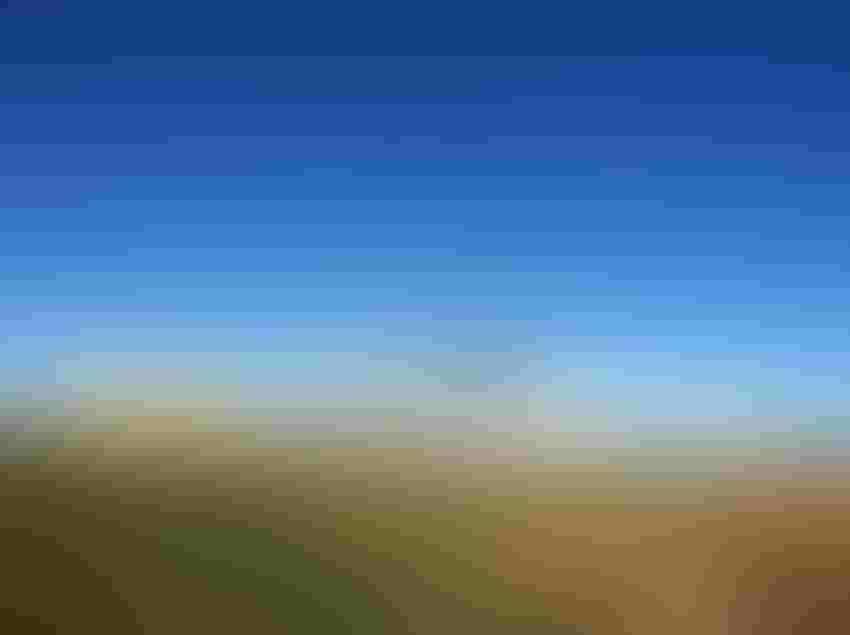 "The grain market overall did not look at the report as particularly bullish or bearish," Roberts says. "The market, over the past few weeks, has been much more influenced by the outside markets, primarily equities and the European debt situation. Those have been much bigger factors than grain market fundamentals."

The report, released Nov. 9, showed a decrease in corn production of 1.4 bu./acre, down to an average yield of 146.7 bu. Roberts says that figure indicated the lowest yield in eight years. The report suggested a 123-million-bushel cut in total production from the previous month's report, while cutting consumption of feed grains by 100 million bushels due to lower broiler numbers and expected price rationing.

"People were looking for yield revisions in corn and soybeans, because we continue to be uncertain about yields," he explains. "Every report that comes out is a suspense-filled event, and we had projections for corn yields all over the place."

Roberts notes that in terms of soybeans, USDA made a much smaller reduction in expected average yield, reducing it from 41.5 to 41.3 bu./acre. He says that amounted to a 14-million-bushel reduction in total production.

He also observed that the biggest change in the soybean markets wasn't necessarily found in the USDA report, but rather from a growing sentiment among market watchers.

"There is a growing sense of concern about the slow rate of export among all three major crops (corn, wheat and soybeans) compared to USDA projections," Roberts says. "Exports have been weak, sales and shipments have both been weak and at the rate we're going, we will fall short of USDA projections for the year."

He says that general sentiment was reflected a little in the most recent USDA data, which cut soybean exports by 50 million bushels, to a total of 1.325 billion bushels for the year.

Roberts says the export situation proves the old market adage that the best cure for high prices is high prices.

"It is driven by competition, because what we're seeing is another example of price rationing occurring," he says. "As prices increase, driven by poor production in the U.S., they are dampening demand for American grain, and we're seeing that reflected in the export numbers."

While price rationing is also to account for the reduction in the amount of corn used for livestock feed, Roberts says there are some conflicting signals from the USDA data on feed usage.

"If we're not feeding as much corn, and we don't see wheat feeding numbers particularly large, what are we feeding right now?" he asks. "Animal numbers have not dropped as much as feed usage has, so there is some confusion in the market about that discrepancy."

Roberts says with the 2011 crop production reports more or less in the books for the year, the market likely will turn its attention to 2012 acreage needs sometime in the next few weeks.

That shift in focus will mark the next major opportunity to see commodity prices driven by fundamental factors, rather than the outside markets.

"I think we'll start to see a shift as the market starts to think about how many acres we need for next year," Roberts says. "Over the past five or six years, we've seen that discussion start to heat up between Thanksgiving and Christmas. If we need 94 million acres of corn next year, what price will it take to make that a reality? With the high fertilizer and rent prices we've heard so much about, it will need to be a higher corn price than where we are now, but we'll see if and when that sentiment starts to take hold."