Georgia’s peanut and cotton acreage remains in flux due to the inclement weather. 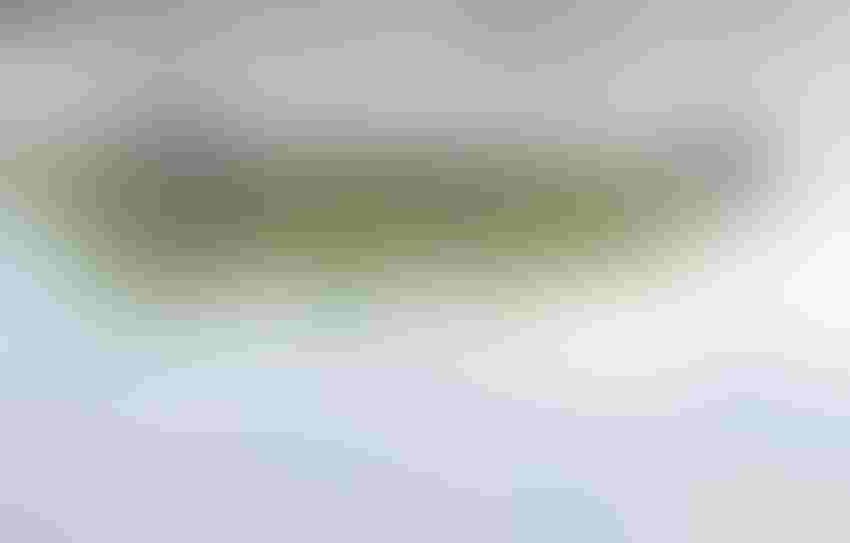 Georgia peanuts stunted, cotton in flux and vegetables near devastation

Two consecutive weeks of rainfall in Georgia stunted the growth of the state’s peanut crop and created ideal conditions for diseases in vegetable fields, leaving farmers scrambling to decide what to do next.

Georgia’s peanut and cotton acreage remains in flux due to the inclement weather. According to the Georgia Crop Progress and Condition Report, issued by the U.S. Department of Agriculture National Agricultural Statistics Service, 73 percent of this year’s peanut crop has been planted. Some of the crop will likely need to be replanted because of saturated field conditions.

University of Georgia Cooperative Extension peanut agronomist Scott Monfort said the steady rainfall stalled the growth of peanut plants across Georgia. Fields are waterlogged from the abnormal amount of rainfall, and the plants are not pulling any essential nutrients from the soil.

“I’ve been in quite a few fields where everything looks like it’s several weeks behind. Peanuts that were planted a month ago look like they were planted a week ago. They’re just not growing,” Monfort said.

UGA Extension crop experts believe the upward swing of cotton prices that started at the beginning of this year may entice row crop farmers to switch some peanut acreage to cotton when farmers can get back into their fields and planting resumes.

Cotton cash prices are currently 88 cents per pound, the highest reported average since 2014, according to UGA Extension cotton economist Yangxuan Liu. While this is encouraging news for cotton producers, it presents a predicament for peanut growers, like Bill Brim, who haven’t planted their entire crop.

“We’ve got to make a decision on whether we’re going to continue to try to hold out and plant more peanuts or plant cotton. (Cotton) is close to breaking 90 cents, so it’s looking better and better to plant cotton than it is (to plant) peanuts,” said Brim, owner and CEO of Lewis Taylor Farms in Tifton, Georgia. The company runs Quality Produce, a plasticulture and ground vegetable production operation that covers more than 6,500 acres.

Only 65 percent of Georgia’s cotton acreage has been planted, according to the same Georgia crop progress report. UGA Extension cotton agronomist Jared Whitaker said that it’s risky for Georgia farmers to plant cotton in June, but they do it every year.

“It’s a good opportunity. We have cotton close to 90 cents to rely on. It’s good, assuming we can get the crop in if it ever stops raining,” Whitaker said.

Rainfall is predicted to continue through the end of this week. Even then, farmers need several days of sunshine before they will be able to get in their fields, assess the situation, and determine whether it’s economically feasible to plant more peanuts and expect good yields.

“The next two weeks are going to change some people’s thinking. We’re not going to be able to get back in the field for at least a week,” Monfort said. “If we could get (the peanuts) in the ground now, we could keep moving along. But that’s not the way it’s working out.”

While all of Georgia’s peanuts have yet to be planted, the state’s spring vegetable crops are in the ground, according to UGA Extension vegetable specialist Tim Coolong. However, with increased moisture comes the potential risk for increased disease pressure. Farmers haven’t been able to get in the field to apply much-needed fungicides, leaving crops like watermelons, peppers and tomatoes vulnerable to crippling diseases.

“Our crops all have fruit on them right now. … In crops like tomatoes and even watermelons, given the cloudy, wet weather, we’ve seen some blossom drop, poor pollination and poor fruit-set. In watermelons, when it’s rainy and wet like this, the honeybees tend to stay inactive until it’s later in the day. We’ve seen some fruit abortion,” Coolong said.

Dutta advised producers to be timely in their fungicide applications because of the damage downy mildew can cause in cucurbits. The disease can destroy the plant’s foliage and cause the leaves to curl and die. Without healthy leaves, the plant is vulnerable to blisters and sunscald during hot summer days.

“I think downy mildew is one of the diseases that farmers worry about the most in cucurbits. When it takes off in a field, it’s very hard to control,” Coolong said.

Brim is already seeing disease and bacteria on some of his plants.

“(The rain has) devastated us; we just need for it to get out of here. If it doesn’t, we’re going to lose our whole crop,” Brim said.

Growers with field-related questions should contact their local UGA Extension agent at 1-800-ASK-UGA1.