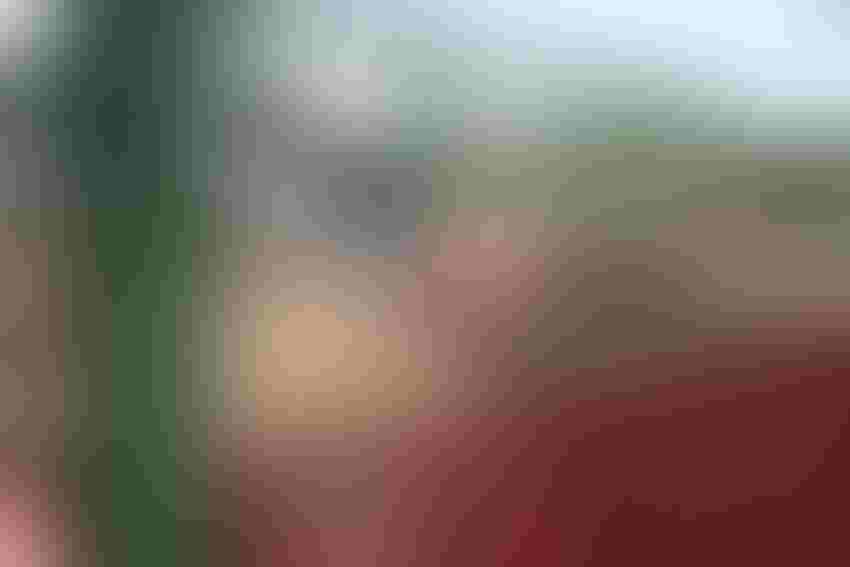 <p> THE RUSH OF harvest time can be overwhelming at times for some peanut shelling plants, but a new X-ray grading technology could make the process vastly more efficient.</p>

The 2012 peanut production season was literally one for the record books, with growers throughout the U.S. making record-high yields and production. Having accomplished such a feat, many in the industry are asking, “What’s next?” For the answer to this question, it’s important to take a look at what is in the peanut research pipeline – those problems, issues and initiatives currently being addressed that will lead to even more efficient and profitable peanut production. The “Pipelines to Peanut Profitability” series takes an in-depth look at these areas of research, what they could mean to growers, and when producers can expect to see practical, on-farm applications of this research.

A lot of things have changed in U.S. peanut production in the last 50 years or so, but the grading system isn’t one of them.

The last significant change to the peanut grading system was made in 1957, when the typical harvest season was not as compressed as it is today. There are times when the current grading system cannot keep up with the rush of samples. Also, the process is even more cumbersome in drought years, when more hand shelling is required.

But an alternative system could be on the horizon, one that uses X-ray technology to grade peanut samples.

“We’ve been running the X-ray research project for four years now, and we’ve gotten it to a point to where it’s seems to be quite accurate on the grading factors that we’re interested in measuring,” says Marshall Lamb, research leader for the National Peanut Research Laboratory in Dawson, Ga.

The current grading system is very labor intensive, says Lamb. Each load of peanuts delivered is evaluated for quality, which will includes ratio of hulls against sound mature kernels, moisture level, foreign material and damage. The most commonly used grading system today includes as many as 16 probes being made with a pneumatic device to take samples from a trailer, wagon or other conveyance. The sample then requires three to six people operating six separate machines to determine the overall grade, and it can take anywhere from 10 to 15 minutes to complete that sample.

The peanut grading process is regulated and managed by the USDA-Agricultural Marketing Service and subcontracted out to various Federal State Inspection Services, or FSIS, in peanut-producing states.

In addition to the labor and time required, the testing process can damage the samples, so farmers receive only a small fraction of their best price for the sampled peanuts.

“We need a technology such as the X-ray because sometimes it’s hard to get available temporary labor to work in the shelling plants. The X-ray technology can reduce the labor requirements that the Federal State Inspection Service requires during this time of the season, says Lamb.

It’s basically the same concept of an X-ray as that used to diagnose a broken bone, he explains.

“It will measure different levels of gray scale to determine density. It also can quantify the size of a kernel inside a hull. And based on that size, and the gray scale or density, it will actually calculate the weight of the kernel, and then relative to the weight of the hull which is the grade – the grade is the percent of meat to hull,” he says.

The newer process, when approved by the USDA, will take less than five minutes per load of peanuts and will require only one person to operate the equipment. By the evaluation of up to 256 possible shades of gray resulting from the tests, it can be determined whether an image is a hull, a rock or a peanut, and with no damage to the sample.

The x-ray machine can accurately determine the amount of foreign material, loose-shelled kernels, hulls, sound mature kernels and sound splits. The X-ray machine has proven much faster in determining these grades than the current method.

Lamb emphasizes that the Federal State Inspection Service does an excellent job of grading peanuts under the current system.

“I don’t think it would so much increase the accuracy of the current grading system because the Federal State Inspection Service does a great job under the current system. It was never designed to improve accuracy, but more to improve the efficiency of the process.”

There’s still more work to do, cautions Lamb, before the x-ray system can be used routinely at shelling plants.

“We’re hoping to continue its use on a trial basis, as we have in recent years. But instead of traveling from buying point to buying point, we hope to place some of the machines at designated buying points. But we’ve been pleased with the results of our trials thus far.”

One potential drawback, says Lamb, is that the X-ray system as is will not score damage or A. flavus (aflatoxin), but researchers are exploring possible remedies for that problem. Aflatoxins are a group of potent toxins that can spring from a certain mold and are sometimes found on peanuts and cereal grains when stored under warm, damp conditions.

“I feel fairly confident about the direction of the research, but we’ve still got a little ways to go on it,” he says.

The cost of the system could be as much as $70,000, and it’s not clear at this point who would bear this expense. To accommodate smaller buying points, any federal legislation that permits using the machine to grade peanuts also will likely allow buying points to choose to continue hand grading.

Other articles in the series:

Lack of nematicides slows use of variable rate application in peanuts