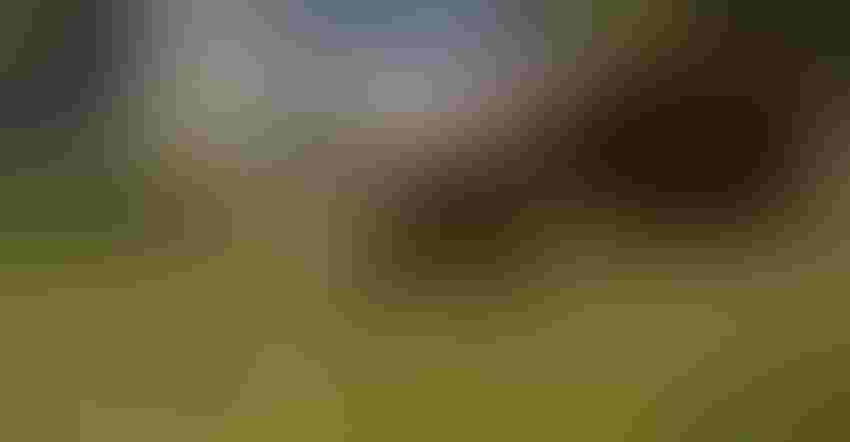 GOING GRASS-FED: Transitioning a conventional dairy to grass-fed is challenging, but a group of partners wants to help dairy farmers pay for that transition and possibly secure a more lucrative dairy contract. Courtesy of Pasa Sustainable Agiculture

A $1 million grant from the National Fish and Wildlife Foundation and EPA is helping fund what organizers hope will lead to the first regenerative organic dairy supply chain in the U.S. — in Pennsylvania.

Pasa Sustainable Agriculture — along with the Center for Dairy Excellence, Ephrata National Bank, Mad Agriculture, Origin Milk, Rodale Institute and TeamAg — is leading the effort to transform dozens of dairies into 100% grass-fed organic farms, helping them attain regenerative organic status while at the same time addressing nutrient management concerns in the southeast part of the state, especially Lancaster County.

“The project team will work together with dairy farms transitioning to grass-fed organic milk production to make other updates on their farms that improve water quality, such as planting riparian forested buffers along streams and improving barnyards,” said John Williamson, TeamAg business developer, in a news release announcing the effort.

It’s anticipated that at least 40 dairy farms will secure five-year contracts with Origin Milk Co., which specializes in marketing dairy products from A2 Guernsey genetics. Frank Egan, Pasa’s education director, says Origin has been paying upward of $40 per cwt for its milk, which it gets from farms in Colorado, Ohio and Pennsylvania.

The grant will help pay farmers to transition to a grass-based dairy system or become certified regenerative organic.

The Center for Dairy Excellence is offering planning grants for business consulting and helping farms establish profit teams. Egan says the center has earmarked a certain number of packages for farmers through the grant.

Ephrata National Bank is offering to be lender of first choice for farmers who want to transition to grazing, offering loans for new herd genetics, facilities, fencing and other things related to an all-grass transition.

TeamAg is offering technical planning services, including helping to write state erosion and sediment plans, which are required of all farms participating in the program.

Rodale Institute is providing support for dairy farms to attain regenerative organic certification, which it helped develop in 2017. Mad Agriculture, based in Colorado, is providing third-party assessments of the project.

The prospect of partnering with a new player in the dairy industry was an exciting reason to get involved, Egan says.

“But Origin is doing something new that I think has potential to grow,” he says. “They’re doing the regenerative organic certification, which is an add-on to the National Organic Program that goes quite a bit further with soil stewardship and animal health.”

Origin also is developing a certified organic infant formula, one of the first of its kind, which Egan thinks will generate another moneymaking opportunity for dairy farmers.

The overall goal, he says, is to increase the number of dairy farms doing grazing. Not every farm will choose to get the regenerative organic certification or switch to A2 genetics, which are required for shipping to Origin.

“Some farms might work on some services, but others might go all the way and do something totally different,” Egan says. “Some might decide the best market is value-added cheese.”

For Origin, the average herd size will be about 50 cows.

“This is a sweet spot for this type of all-grass dairying,” Egan says. “Some dairies are larger, but you need something like 3 to 4 acres of land per cow in all grass. You need continuous grazing land, even though you can bring hay in, it can be hard to find this land base in Pennsylvania.”

Now comes the part of selling farmers on the idea, and that may be a bigger challenge than anything.

Egan says the transition from a conventional system to a strictly grass-based dairy starts with setting realistic expectations.

“There is a really big mindset change for a lot of farmers that go down this road,” he says. “If you're more in a conventional, confinement model, your financial success is going to be pretty tightly linked to milk output per cow. With a grazing model, you have to get comfortable with much lower output but higher-quality milk at much lower cost. So learning how to accept and manage that.”

Setting goals for the entire production year is also important simply because year-round grazing isn’t possible in the Northeast, Pennsylvania included, so the need for purchased organic hay to get through winter is something to think about.

Farmers will also have to learn techniques of managed grazing, including timing movements across paddocks and pastures, and managing pasture and animal health.

Organic hay, Egan says, presents a potential bottleneck because the market for it is so small, at least right now. But it also creates an opportunity for a producer who wants to sell organic hay, he says.

Transitioning from a conventional dairy with Holsteins to a pasture-based system with more heritage dairy breeds isn’t for everyone.

“This is a huge jump. You have to transform the farm. It requires some good planning, as well as some financing,” Williamson says.

Still, he sees Lancaster County dairies, many of which are small and under a constant radar because of environmental challenges related to the Chesapeake Bay, as a good fit for a program like this.

If you’re interested in getting more information for your dairy, email Frank Egan at [email protected].