Heifers should be bred 20 to 30 days before the rest of the herd. 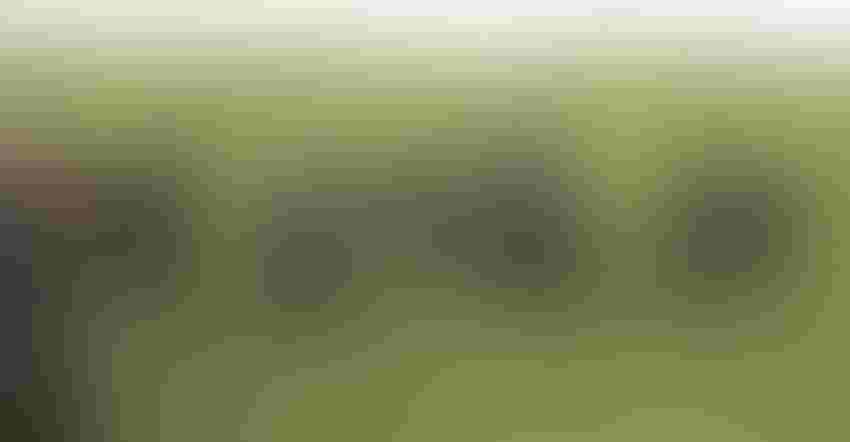 In April, calving season is in full swing, and livestock producers should start thinking about the upcoming breeding season, Dr. David Fernandez, Extension livestock specialist and interim assistant dean of academic programs for the University of Arkansas at Pine Bluff School of Agriculture, Fisheries and Human Sciences, said.

“Most cattle producers breed their cows in June so they will calve in March and April, but heifers should be bred 20 to 30 days before the rest of the herd,” he said. “That means breeding season is only a month away.”

Thirty to 60 days before they are bred, heifers should be vaccinated for IBR-BVD-PI3, BRSV, vibriosis, leptospirosis and blackleg 7-way, Fernandez said. This will help ensure they will be healthy during their pregnancy and will reduce abortions due to preventable diseases.

Heifers need to be in good condition before they are bred. If they are too thin — especially after a hard winter — they will be less likely to reach puberty or become pregnant.

“To help guarantee that heifers are in good condition, they should be separated from mature cows,” Fernandez said. “Heifers can’t compete with mature cows at the feed bunk or for better-quality forage in the pasture.”

Heifers should be fed to reach about 65 percent of their mature weight at breeding. Producers should be careful not to overfeed their heifers, however, as excess fat will be deposited in their udders, which will partially inhibit milk production later. Over-conditioned heifers also have more difficulty calving and will be more difficult to breed again after calving.

“Choose your heifers carefully,” Fernandez said. “Heifers should be selected based on an adjusted 205-day weaning weight, birth weight, structural correctness, frame size or hip height, and good health history. High weaning weight/low birth weight heifers that are structurally sound, moderate sized and healthy are the ones you want to breed.”

Heifers have more trouble calving than mature cows, so smaller, easier calves that still have good growth potential are what ranchers should plan to produce.

“Some producers use young bulls on heifers in an effort to reduce calf birth weights, but in reality, young bulls do not produce smaller calves than mature bulls,” Fernandez said. “Instead, choose a low birth weight EPD bull or a calving ease bull to use on your heifers.”

“Feed heifers to gain about 0.8 to 1 pound per day until calving,” he said. “Some producers underfeed pregnant heifers in an attempt to reduce calf birth weights. Underfed, thin heifers have more calving problems, poor milk production, weak calves and fail to breed back.”

Source: UAPB School of Agriculture, Fisheries and Human Sciences, which is solely responsible for the information provided and is wholly owned by the source. Informa Business Media and all its subsidiaries are not responsible for any of the content contained in this information asset.

University of Arkansas School of Agriculture, Fisheries and Human Sciences