In addition to thousands of timberland acres blackened by wildfires, drought effects on Alabama forests are taking a toll on future production of the billion-dollar industry. 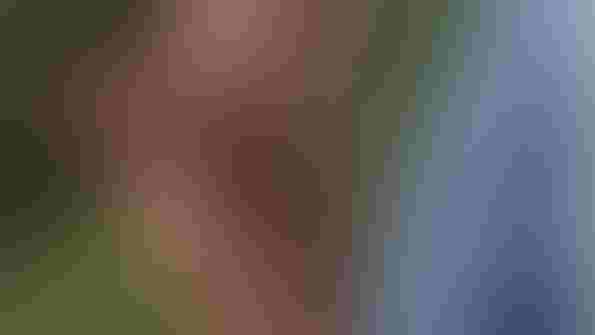 <p>Preparation for timberland that&#39;s been harvested in Alabama with plans to replant often includes a controlled burn of the area. That work has been delayed, and planting young trees may be postponed since low soil moisture greatly reduces seedling survival.</p> ALFA

In addition to thousands of timberland acres blackened by wildfires, drought effects on Alabama forests are taking a toll on future production of the billion-dollar industry.

"Wildfires destroyed valuable timber, and the drought has caused interruptions for landowners who intended to plant new trees this year," said the Alabama Farmers Federation's Rick Oates. "Preparation for timberland that's been harvested with plans to replant often includes a controlled burn of the area. That work has been delayed, and planting young trees may be postponed since low soil moisture greatly reduces seedling survival.

A drought of this magnitude has a trickle-down effect, said Oates, who is the Federation Forestry Division director.

“Even though you may not see it now, trees are stressed under these conditions,” he said. “That stress makes trees more vulnerable to diseases and pests like Southern pine beetles that may not show up for months.”

Wildfires have burned more than 40,000 acres this year, with more than half of those destroyed since Oct. 1.

The drought led to a no-burn order from the Alabama Forestry Commission, and Alabama Gov. Robert Bentley announced a $5,000 reward for anyone providing information leading to the arrest and conviction of a person responsible for setting wildfires.

For landowners like Jane Russell of Montgomery County, the threat of wildfires creates an uneasy feeling.

“A situation like this makes you feel so vulnerable,” said Russell, who is vice chairman of the AFC. “On top of low timber prices, now landowners are worried about wildfires. We put our heart and soul into our land and worked on it for decades. A wildfire can wipe out timber you’ve spent 25 or 30 years growing, not to mention it can kill wildlife and destroy its natural habitat.”

Russell praised AFC foresters and rangers who have been on the front lines battling fires in Alabama.

“These men have been on duty or on call for six straight weeks,” she said. “They’re not just protecting trees and wildlife; they’re battling fires that could destroy homes and threaten lives. They are exhausted, and the stress is taking a toll on their equipment. But they are doing an outstanding job, as are the volunteer fire departments across the state that have helped.”

Through the drought, a bright spot for loggers and others in the timber business has been the ability to log areas that are inaccessible under normal conditions, Oates said.

“A lot of timber has been cut in Alabama this summer since loggers could get into areas that are too wet in a typical year,” he said. “However, with so much wood on the market, inventory at many mills is at, or near, capacity, which has somewhat curtailed the market.”

Alabamians are encouraged to report smoke or any suspected fire to a local fire department.