There&#39;s a better-than-average chance that the U.S. peanut market will be over-supplied going into next year. 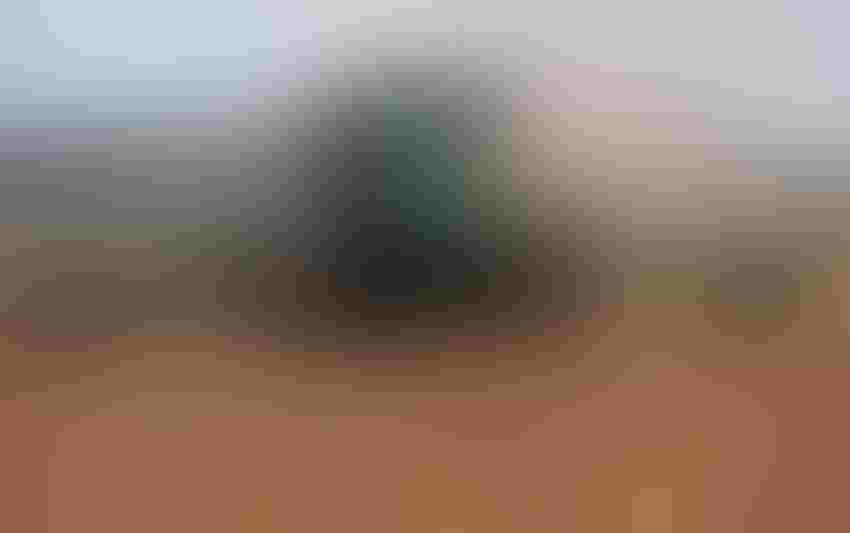 <p>PEANUT PRODUCERS SHOULD consider the consequences this year of shortening their peanut rotations.</p>

It’s time to call it like it is when it comes to expanding peanut acreage this year, says Marshall Lamb, research director for the National Peanut Research Laboratory in Dawson, Ga.

“You need to know the truth about it,” said Lamb at the recent Alabama Regional Peanut Production Meeting in Shorter. “A lot of producers in our area are looking at greatly expanding their peanut production, and some of them might be sacrificing their rotation. For some, it might be the right decision, but for others, I don’t think it is.”

At current prices and production costs, it’s no doubt going to be difficult to break even, and growers will need exceptional yields to get through this year, he says.

“Going from two-year-out to one-year-out, you’re looking at about a difference of about 940 pounds per acre or a revenue loss of $187 per acre. If you go to continuous peanuts, you’re looking at a 1,000-pound yield loss. The differences aren’t as much in dryland situations because often times, the limiting factor is rainfall,” he says.

If you have long peanut rotations – greater than two years out – the losses are not as severe, says Lamb.

“I would shorten rotations only for survival. When this situation turns around, if your peanut rotations are short now, you’re not going to be in position to take full advantage of the situation at hand. But, my favorite college professor often said that you can’t make it to the long run if you can’t survive the short run. So if shortening those rotations will help with some of those generic base payments, or peanuts are yielding you more revenue or profit, then you have to do what you have to do. Remember that cotton will not dilute you generic base.”

Carryout number is all that matters

As an expected increase in peanut acreage looms, there’s only one number that really matters, says Lamb, and that’s the carryout number.

“Those three months are where we go from our old crop into the new crop and where we have enough new-crop delivery that we start processing. In the United States, we can shell about 165,000 tons per month. Over a three-month period, that’s about 500,000 tons we can shell, which is why I think that for farmers, the best carryout number should be about 500,000 tons. We’ve cleared one crop before we introduce new-crop deliveries.”

Shellers and middle-level processors prefer a slightly higher carryout because they want to make sure they don’t have any supply interruptions, he adds, and manufacturers want an even higher carryout.

As growers increased acres in 2012, they didn’t overplant the market, says Lamb. In fact, their response was about right.

“But we had the highest yield ever in 2012, so we brought in the largest crop we’ve seen in many years. It resulted in a carryout going out of 2012 and into 2013 of 1.3 million farmer stock tons. So in a one-year period, we increased the carryout by a factor of three to fourfold.

While such a large carryout might normally trigger a decrease in acreage, that’s not the case this year, says Lamb, due to several factors, including current Farm Bill policy. Individual states are estimating peanut acreages from 20 to 30 percent, he says.

There is a better-than-average chance that the peanut market will be oversupplied going into next year because of the expected increase in acres, says Lamb.

“Seventy-three percent of U.S. peanut production is in the lower Southeast. So when a year like 2011 comes along, when we have drought and poor quality, the price goes up. And then in a year like 2012, with abundant rainfall and good production, it comes back down. When you’ve got three-fourths of the total production of a commodity within a country located in such a small area, we’ll continue to see these swings because it’ll strictly depend on weather.”

Peanuts, he says, are not alone in their oversupply woes.

“We’re oversupplied in peanuts, but the other crops also are oversupplied, and it’s due to record yields. Last year, the U.S. broke the all-time record yield in corn and soybeans. So basically, three important commodities all broke yield records this past year. But demand for our crops is strong, and we’re still in a very competitive position. Peanut manufacturers are introducing new products, and they’re very bullish on the industry.”