A report out by Rabobank hints at what could be different in the Trump administration. 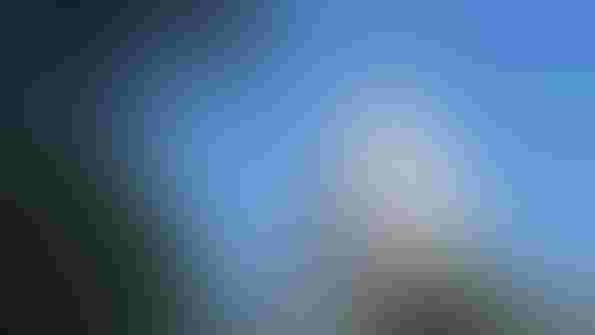 Just a week over the election, eyes are turning to what the effects of the 45th president, Donald Trump could have on the agriculture industry.

A report out by Rabobank looks at these potential impacts:

In the short term, Trump's administration could have impacts on the ag markets with volatility, consumer confidence and a changing business appetite.

In the long term, there could be changes to trade agreements, labor policies, economic growth and business regulations.

The Trump election came to the markets as a surprise. This has caused uncertainty and market volatility. According to the Rabobank report, this is having an impact on agriculture. It is impacting exports and foreign trade with the current volatility and trade implications on exports.

The current depreciation in currencies of emerging markets against the U.S. dollar, could diminish imports from the U.S. into those countries. Mexico's imports to the U.S. may get a boost from the depreciation of their currency and Brazil, may be more attractive than the U.S. in the grain and oilseed exporting area.

According to the Rabobank report, the market uncertainty in the short term may lower consumer confidence in the U.S. and globally, impacting some food consumption and trade trends.

The three areas expected to see the biggest impacts in a Trump administration include trade agreements, labor and ag policy.

To sum it up, any changes to the U.S. ag trade agreements, it will not only affect global prices but also the individual farmer margins. One thing is clear to many, it is too early to know if agreements such as NAFTA will see major changes. This is because the U.S., Mexico and Canada are in many ways an integrated agricultural market. According to the report from Rabobank, ag exports to Mexico and Canada account for around 30 percent of total U.S. ag exports.

Other trade agreements such as the Trans-Pacific Partnership is unlikely to happen during Trump's administration. However, some markets such as Russia, may reopen and others may strengthen like the United Kingdom.

According to the report from Rabobank, trade policy will continue to be a critical factor and source of market uncertainty until it is better understood.

The farm bill is expected to be renewed in 2018. The good news is that with the republican party majority in both houses, 2018 farm bill might be easier to get approved. Some potential changes in the next version of the farm could include a revision of crop programs to adjust to the tighter row crop margins.

The report out by Rabobank feels there will be a reduction in regulation as advocated by Trump during his pre-election run. The direction of the farm is expected to shift toward business sustainability and away from conservation.  There is an expectation tha the budget for the Conservation Reserve Program is expected to become a key issue along with an adjustment to the revenue support programs including crop insurance.

This is the area where ag could see one of the biggest impacts after some of the statements made by President-elect Trump. It continues to be a challenge for U.S. producers to remain labor competitive. There are changes expected regarding immigration and labor. This may force producers to start thinking about technological investments to make up for potential losses in labor.

Throughout the run-up to the election, Trump has mentioned promoting domestic growth by cutting taxes as a way of creating jobs. According to the report by Rabobank, assuming if the dollar and rates remain stable, the U.S. economy growth should pick-up. How much growth is what remains to be seen in the ag sector.