&bull; There is too much guessing going on when it comes to determining peanut maturity, and the yield and economic impacts of a bad decision at that time of year are large. 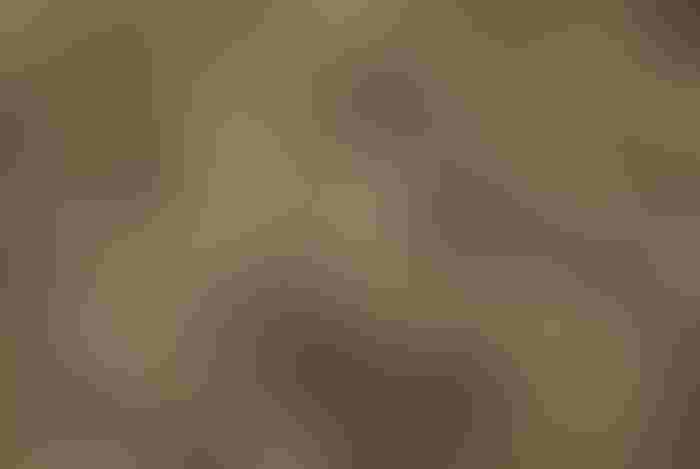 <p> PEANUT RESEARCH IS looking at taking the guesswork out of determining maturity. The most mature peanuts are the highest yielding and grading.</p>

The 2012 peanut production season was literally one for the record books, with growers throughout the U.S. making record-high yields and production. Having accomplished such a feat, many in the industry are asking, “What’s next?” For the answer to this question, it’s important to take a look at what is in the peanut research pipeline — those problems, issues and initiatives currently being addressed that will lead to even more efficient and profitable peanut production. “Pipelines to Peanut Profitability” takes an in-depth look at these areas of research, what they could mean to growers, and when producers can expect to see practical, on-farm applications of this research. This final installment explores the latest research in determining peanut maturity.

Links to the other articles in this series can be found at the bottom.

Peanut producers can manage intensively throughout the season for high yields and grades, only to lose profits on the tail-end by not making making an accurate determination of maturity.

“There is too much guessing going on when it comes to determining peanut maturity, and the yield and economic impacts of a bad decision at that time of year are large,” says Marshall Lamb, research director for the National Peanut Research Laboratory in Dawson, Ga.

“If we can get a better handle on quantifying maturity, we can really make some strides in improving how we determine maturity in peanuts.”

Researchers at the lab, says Lamb, are looking at the use of a digital force gauge to evaluate peg strength to help determine maturity. Data also is being correlated to digging losses and soil types.

“If you've got good peg strength on the black peanuts on your maturity board, you can wait a bit to dig,” Lamb says.

“We use a digital force gauge to map the entire peanut plant. We then take one pod and blast it, and what we’re finding is that — based on peg strength, plant health, and cultivar — we can leave peanuts in the ground longer. The longer they can stay, the higher quality they’re going to be in general.”

It’s a project that shows promise in conjunction with other tools available, he says.

“As a pod becomes more mature physiologically, is the peg strength holding up relative to the maturity or is degrading to the point to where we might lose that peanut during harvest? That’s one of the questions we’re attempting to answer,” says Lamb.

Growers can’t afford to lose their most mature peanuts because those are their best and highest grading peanuts, he says.

“We’re basically using the traditional board just as we do with the hull-scrape method. If peanuts are in the far right black column, which are our most mature peanuts, and the peg strength is good, then we can afford to let the peanuts stay in the ground a little longer and let the remainder of the peanuts catch up.

“This will add yield and grade. But if they’re in the brown or early black column, and the peg strength is degrading, then it’s an indication we might need to dig early just to salvage what we have.”

Researchers take the digital force gauge, put a clamp on the peanuts, and then pull it. “It’ll tell us how much pull exists and where the breaking point of the stem is located,” says Lamb.

“We’re going to keep working with this and hope we can offer growers a tool to help them delay digging in order to get higher yielding, higher grading peanuts.”

Another research project outlined by Lamb is aimed at improving maturity distribution in peanuts by chemically halting flowering late in the growing period.

“When you’ve got peanuts that are far black, or approaching far black on the maturity profile board, there is a point that additional flowers will develop pegs and pods, but those pods have no chance of helping with yield or grade.

“They’re taking energy away from the plant that could be used by the more mature, higher-yielding, higher-grading peanuts.

“Immature peanuts can also take away from grade, because they can cause problems with flavor — that was the original aim of this research, to improve flavor by reducing the immatures.

“In tests at two locations in Georgia and one at Walnut Ridge, Ark., we terminated flowering at about day 100. One of the compounds is diflufenzopyr Na, an experimental chemical from BASF that is not yet approved for use; the other is generic glyphosate.

“The glyphosate was applied at the rate of 2 ounces, 4 ounces, and 6 ounces per acre. Generic glyphosate is cheap at the full rate, and it is particularly cheap at these low rates.:

From day 100 through day 120, on 3-foot rows, plants were producing an average of 14 new, viable flowers every day, Lamb says. The chemical treatments reduced that to two to three flowers each day. And even in the flowers that remained, the pollen wasn't viable. In other plots, flowers were hand-removed for 20 days.

“We saw a significant increase in maturity in older peanuts after flowers were removed,” Lamb says.

“Reducing flowers, whether chemically or by hand, increased the rate of maturation over the control plots by three-fold and four-fold amounts. Grades were also increased.

“Yield for irrigated peanuts was increased by as much as 700 pounds, much of that due to kernel density. The peanuts that remained were heavier, which translated into higher yield and grade.

“It’s hard to convince a farmer to take flowers off his peanuts. But at a certain time in the crop’s development, new flowers will only make new pegs and peanuts that take energy away from the more mature peanuts.

“If we halt that process, that energy can go toward a better maturity distribution, and hopefully better yield and grade.”

Other articles in the series:

Lack of nematicides slows use of variable rate application in peanuts