No price slump seen in cropland sales in southeast and western South Dakota or the Red River Valley. 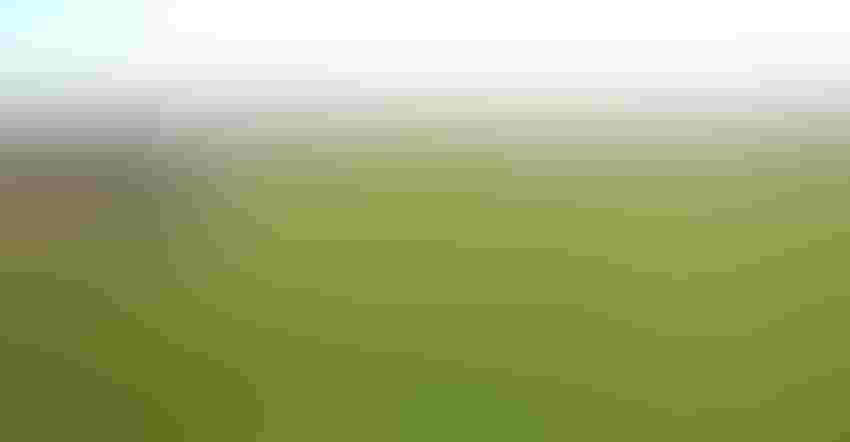 High-quality irrigated cropland in South Dakota and prime Red River Valley cropland in North Dakota sold through private sales and auctions in May and June.

The parcels in South Dakota sold for $6,000 to $7,000 per acre. The tracts in North Dakota — one in the northern and one in the southern Red River Valley — sold for approximately 5,300 per acre. Plus, there were several crop and pastureland sales in the central and western areas of the Dakotas:

Union County, S.D. Two irrigated tracts of farmland in Union County, S.D., sold through private sales in May and June. One sale comprised approximately 116 acres. The land was located about a half mile south of the ethanol plant at Hudson, S.D. It sold for $7,892 per acre. There is sand and gravel as well as about 60,000 bushels of grain storage on the property.

Pembina County, N.D. Approximately 160 acres of cropland in Pembina, N.D., sold at a public auction in June for $5,312 per acre. The sale bill described it as excellent farm with high quality soils.

Ninety percent of the soils are Glyndon silt loam, a high-quality soil in the Red River Valley. The overall crop productivity index rating is 89.3. — Auction managed and conducted by Farmers National Co.

Cass County, N.D. Approximately 160 acres of “very productive Red River Valley land” in Cass County, N.D., sold for $5,332 per acre in May. The buyer was able to farm it this year and had the first opportunity to lease the adjacent half section on a crop share basis. — Auction managed and conducted by Farmers National Co.

All but about four acres of property is tillable with the balance in a slough, dugout, ditches and roads. The gently rolling land can be farmed in half mile rounds, according to the sale bill.

Forty-four acres of the combined property is enrolled in CRP. The payment is $2,186 per acre annually. The contract expires 2022. There are no grassland easements in place on the property. — Auction managed and conducted by Pifer’s Auction and Realty, Moorhead, Minn. Call 877-700-4099 or visit pifers.com.

Burleigh County, N.D. Property described as excellent pastureland with “great hunting opportunities 45 minutes north of Bismarck, N.D.,” sold for $975 per acre in an auction June 25. The land has three- and four-wire perimeter fencing, a water well and “strong soil types that produce lush grasses for grazing,” according to the sale bill. The land was leased out in 2020, but the buyer received the entire 2020 lease income at closing. — Auction managed and conducted by Pifer’s Auction and Realty.