Peanut seed germination can drop drastically once temperature dips below 68 F.&nbsp; Best to allow the daily average soil temperature to stabilize above the 68 F mark for at least 3 consecutive days.GA-06G has been struggling with germination this year in laboratory&rsquo;s cold tests. 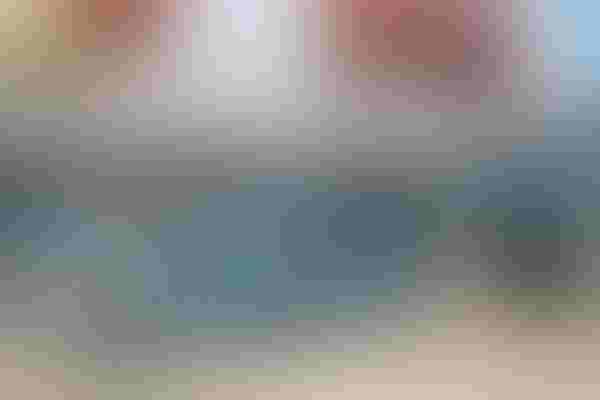 We have broken a lot of ground in Seminole County, Ga., in preparation for planting peanuts. But is it time to start planting? We often talk about watching the 4-inch soil temperature as a guide for triggering planting decisions.

There is data showing that peanut seed germination can drop fairly drastically once temperature dips below 68 F.  It is suggested to allow the daily average soil temperature to stabilize above the 68 F mark for at least 3 consecutive days to buffer any drastic fluctuations.

The soil temps can rise or fall very rapidly in the late winter/early spring as the daily max/min temperatures vary, and rain can likewise rapidly influence these temperatures. It is important to not only monitor the 4-inch soil temperature, but to also keep an eye on the weather forecast for the following 5-days or so.  If there is a cold front predicted to hit before the seed can get planted and germinated, then there is the potential for seed to be shocked by decreasing temperatures, and end up with a poor plant stand.

I do not recommend planting earlier than around April 20, even then monitoring the combination of soil temperature and the 5-day forecast to give the peanut seed optimum germinating conditions so the full plant stand potential can be achieved.  In the last 5 growing seasons, there was at least one instance each year where the 4-inch soil temperature dropped below 67 F after April 17.  This was usually because of a cold front that brought cool rain and/or overnight lows in the upper 40’s.

The Georgia Automated Environmental Monitoring Network has a Quick Reference for monitoring soil temperature at the 4-inch depth near most towns in (the Georgia peanut regions.)

I received a message from Scott Hobby, the Seed Regulatory Program Manager at the GA Dept. of Ag. Seed Lab in Tifton.  Mr. Hobby stated that GA-06G has been struggling with germination this year in the laboratory’s cold tests.  Overall seed germination results are good, but the drastically reduced germination in the cold test is further evidence that growers need to be cautioned about planting their peanut seed too early when there are still strong possibilities for a cold front to drop soil temperatures rapidly, which could lead to poor, erratic plant stands.

There has not been a single location in South Georgia this season that has reached 68 F at the 4-inch soil depth, much less sustain that as a daily average temperature for at least 3 consecutive days.

This forecast through April 10 leads me to believe we are still on target for initiating peanut planting no earlier than around April 20, depending on the weather forecast beyond April 10.  It will take several days with highs in the 80s and lows in the mid-50s or higher to drive the soil temperatures back up toward 68 F and keep them there for 3 consecutive days, so let’s be patient and not pull the planting trigger too early so we are not having to face less than optimal plant stands or be faced with the decision of possibly having to replant.