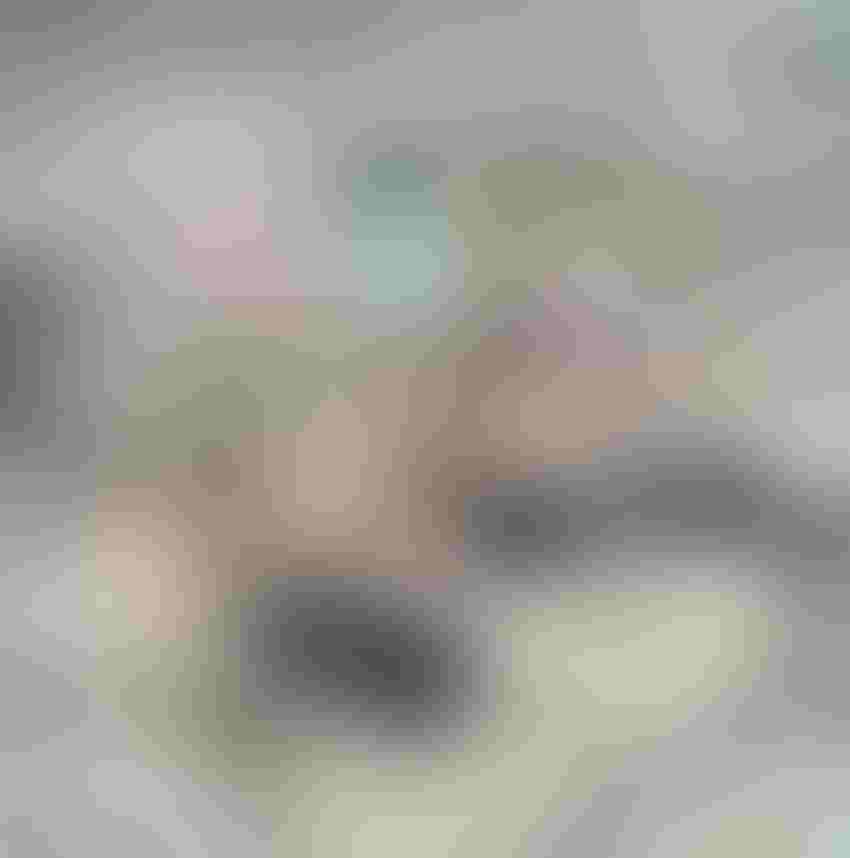 <p> THIS COTTON SEEDLING is representative of much of the cotton in the Brazos Bottom and Blacklands, according to a Texas A&amp;M AgriLife Extension Service cotton expert. The on-and-off cool spring has the crop off to a slow start and thrips were causing some major damage.</p>

Texas cotton planting intentions may be affected by the replanting to cotton of freeze-damaged wheat acreage, but a Texas A&M AgriLife Extension Service expert doesn’t expect the change to be significant on dryland wheat acres.

“Most of the shift will occur on irrigated wheat fields lost to late spring freezes in the Rolling Plains and Northern High Plains,” said Dr. Gaylon Morgan, AgriLife Extension state cotton specialist, College Station. “The optimum planting window for cotton has passed in South Texas and the Blacklands.”

However, cotton planting has just begun in the Rolling Plains, South Plains and Panhandle regions, but there are other factors — not the least of which are precipitation expectations — that will limit producers replanting to cotton, he said.

“Many of the production regions where wheat had severe freeze damage are not major cotton acre regions, so we won’t see a big shift there,” Morgan said. “And the other factor is that if things remain dry, there’s not a lot incentive for guys to go in with another crop. Finally, it will depend on the multi-dimensional aspects of crop insurance for both the wheat and cotton, which may be different for irrigated and dryland fields.”

But the major factor continues to be the weather, he said. With forecasts not predicting a turnaround of drought conditions anytime soon, things are looking “pretty bleak for the Southern High Plains where most of our cotton is grown.”

In the Rolling Plains, a rough estimate is about 50 percent of wheat was lost due to the late freezes, Morgan said. But with the region still suffering severe to exceptional drought, replanting wheat acres to cotton is really only a viable option for those with sufficient irrigation capacity to make a cotton crop.

Jack Frost continues to take bites out of Texas wheat