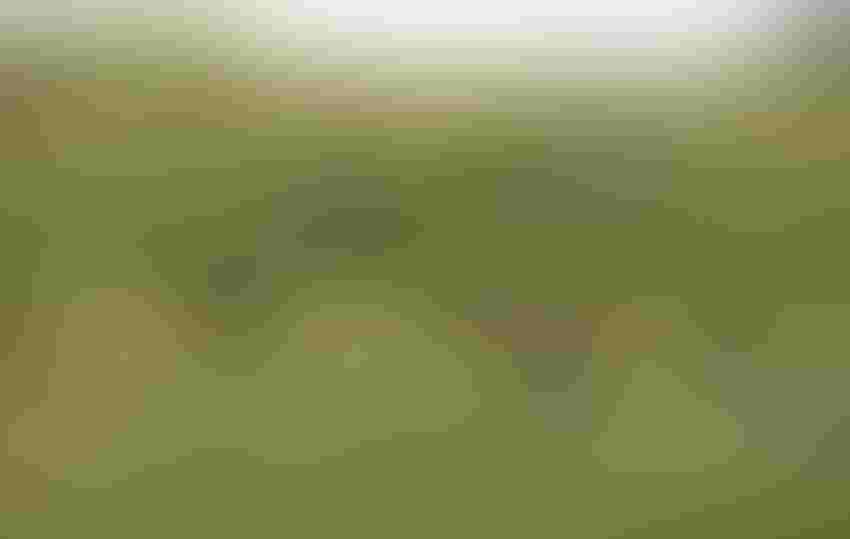 Land prices keep going up while commodity prices are in the basement. How?Alan Newport

Beef and other meat prices have held up surprisingly well, likely a sign of a generally improved economy. Don't crow too loud, however. The econo-gods might hear you!

At any rate, some data I'd been tracking loosely was pinned down recently in one of Tulsa-based ag consultant Roy Ferguson's newsletters. He said the nation's agricultural producers had a current liabilities average of 112% as a percent of after-tax profits in 2013. Their number for 2018 is estimated to be at a destructive level of 206%.

He also noted Creighton University’s most recent survey of agricultural economic conditions in a contiguous 10-state region showed that 43% of the study’s reporting banks indicated that they have recently rejected farm loans, and this was double what the number was in the year 2017. About two-thirds of these agricultural banks said they have increased collateral requirements, as well.

Meanwhile, average farmland values over the past 18 years have trended and generally continue to trend higher, according to data from Kansas City-based economist Bill Helming. This probably has two basic causes. One was the ethanol boom. The second has been rumored, at least to me, as money from stock-market investors looking for safe-haven investments such as real estate.

Helming added these are average farmland market values for all US farmland and not just for cropland in the Corn Belt or Midwest. In turn, 2018 data published by the Farmers National Company Survey showed average cropland values in Iowa, Illinois and Nebraska as $10,600, $11,000 and $8,500 per acre, respectively.

Combine these two factors and what does that tell us? Will land values rectify more closely to agricultural production/profit values? They never truly do so, but at some point I must wonder if those who drive up the price of agricultural land -- investors and old farmers with cash in the bank -- will change their holdings. The investors may find somewhere else to put their money and the old farmers and their wives will die and their land will pass to heirs.

One thing I know for sure, in my 60 years of life, I've never been a good prognosticator, and I've never met one with even a reasonably good track record.