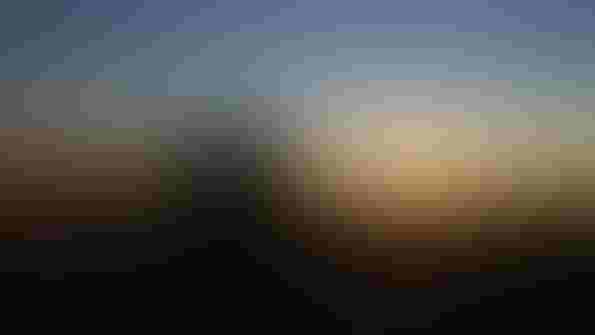 Many farm operators in Minnesota, Iowa, and other upper midwestern States are experiencing some excellent corn and soybean yields, with yields in some areas topping the record setting yields of 2016. The combination of timely planting, adequate rainfall, and favorable growing conditions throughout the growing season, across the region have resulted in these highly favorable crop yields in 2016.

However, these high yields and favorable conditions are not as uniform across the state in Minnesota, as they were in 2015. Heavy rainfall, drowned out areas of fields, and severe storms have reduced the otherwise excellent crop yields in some areas.

As of Oct. 23, soybean harvest is nearly completed in most areas of the upper Midwest, except for some isolated locations where field conditions have remained too saturated to complete harvest. Corn harvest progress is at 60-90 percent completed across the region. Harvest progress has been a bit slower in south central and southeast Minnesota, which received excessive rainfall amounts during September.

In most areas of southern Minnesota, the first frost did not occur until mid-October, which along with above normal growing degree units (DGU’S) during the growing season, allowed all crops to fully mature, resulting in higher quality corn and soybeans at harvest.

Overall, most reported 2016 soybean yields have been “good to excellent” across the upper Midwest, with many record-type yields being reported, with the exception being in areas of southern Minnesota and northern Iowa that were impacted by the excessive rainfall.  It has not been unusual to hear of yield monitor and weigh wagon yields in some portions of region that were well above 70 bushels per acre, with a few yields even eclipsing 80 bushels per acre. “Whole field” yields of 55-70 bushels per acre were reported extensively across the region.

“Whole farm” soybean yields of 50-60 bushels per acre were quite common in many areas of western and central Minnesota which is excellent for most of those areas. Many producers have reported the best soybean yields of their farming career at several locations in the upper Midwest. The areas impacted by the 2016 growing season weather challenges reported somewhat lower soybean yields.

2016 corn yields across the region have been much more variable, however, yields have still been well above average for many producers. There have been many “whole field” yield reports of over 200 bushels per acre in southern Minnesota, with some final yield figures exceeding 225 bushels per acre. Areas that were impacted by heavy rainfall events during the growing season or by corn diseases more likely had average field yields in the 170-190 bushel per acre range, or slightly lower.

Corn yield reports from Western and West Central Minnesota have been reported from 170 to 200 bushels per acre, which is well above average in most areas. Once corn harvest is completed, many farm operators in the upper Midwest will likely end up with corn yields that are above average, with exceptional corn yields in some areas.

Another piece of good news for all producers regarding the 2016 corn harvest has been the harvest moisture of the corn coming out of the field, and the high quality of the corn. Most of the corn being harvested in southern Minnesota in the past two weeks has been at 16-20 percent moisture, meaning only minimal additional drying is required before the corn is placed in on-farm bins for storage, which will reduce corn drying costs in 2016.

Corn should be dried to about 15-16 percent moisture before going into the grain bin for safe storage until next Spring or Summer. Most of the corn being harvested has a test weight of 56-58 pounds per bushel, which is very near the standard test weight of 56 pounds.

Harvest conditions have been difficult in areas of the Upper Midwest that received excessive rainfall during September. Producers in these areas have had combines, grain carts, and other equipment stuck in fields in many instances, and have had to work around very wet areas within a field. This has increased the time required for harvest, added to harvest expense, and raised the stress level of farm operators.

Fall tillage and manure applications have also been a challenge this Fall in the areas with saturated soils. Most farm operators in Southern Minnesota complete primary tillage in the fall, and apply livestock manure following harvest, so the crop nutrients are available for the following year.