Dicamba-based burndown programs have been the backbone for horseweed (marestail) control in Tennessee for over a decade, but growers will have to deal with a dicamba shortage in 2014. 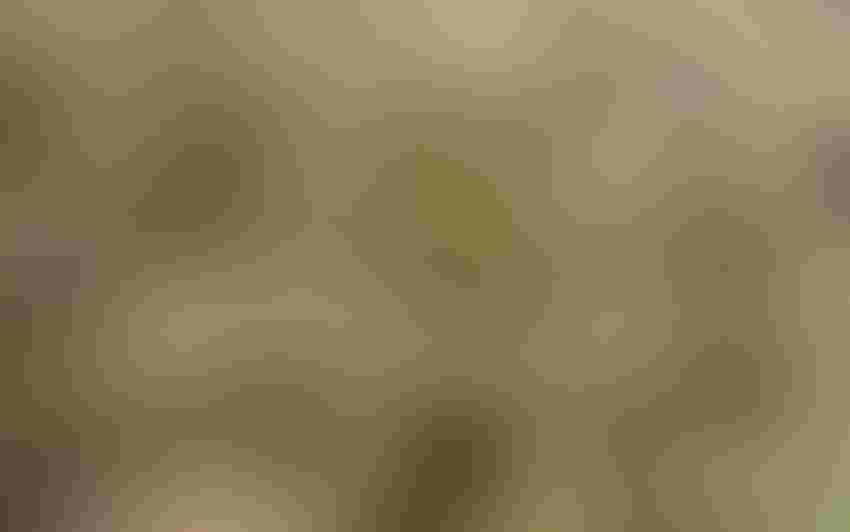 <p>DICAMBA COULD be in shorter supply in 2014 as planting season nears but growers do have other burndown options.</p>

From visiting with retailers the past month it is very apparent there will be a major shortage of dicamba for burndown again this spring.  A number of folks from different retailers have stated that they have been allocated only a fraction of all the dicamba they sold two years ago. Dicamba-based burndown programs have been the backbone for horseweed (marestail) control in Tennessee for over a decade.

It now looks like for many acres we will have to go with a plan B. Other options for burndown of horseweed are 2,4-D, Latigo, Sharpen, Verdict, Gramoxone and Liberty.

The herbicide 2,4-D can be about as effective as dicamba on horseweed provided the rate is high enough.  When applied alone or with glyphosate, I have never had consistent control of horseweed with rates of 2,4-D less than 32 oz/A (1lb/A).  Even with this rate if the horseweed was well established from the previous fall, control can be somewhat inconsistent.

Tankmixtures of 1 oz/A of Sharpen with a pint of 2,4-D in soybean can be a more consistent option for established horseweed. The plant back to soybean from a 2,4-D application is 7 days at the 16 oz/A rate and 15 days for 32 oz/A. The plant back to cotton regardless of rate is 30 days. Latigo which is a premix of dicamba and 2,4-D has also been an effective burndown option for horseweed in our research.

Sharpen and the premix of Sharpen and Outlook (Verdict) can be effective horseweed burndown options. Utilized in a tankmix with glyphosate we have found horseweed control with Verdict, which is a EC formulation, to be a little more consistent across environments than Sharpen which is a SC formulation.

From what I understand Verdict may get tight as well this spring.  If so a three way premix of glyphosate plus Sharpen with 4 oz of dicamba or a 1 pt of 2,4-D has been as effective as Verdict.  In fact that three way  tank-mix in our research has been the most consistent control option for horseweed. Please be mindful of the plant back to soybean (7 days 2,4-D, 14 days dicamba) with these treatments.

Gramoxone (paraquat) can also be utilized as an early pre plant burndown for horseweed.  However, in our research utilized alone in an early burndown situation, it has proven to be more inconsistent then the options listed above.  I really like it applied right behind the planter to help finish off any horseweed that may be recovering from the early burndown and to make sure no Palmer amaranth is emerged before the crop.  Gramoxone control of horseweed and pigweed can be improved if tankmixed with metribuzin in soybeans and Cotoran or Caparol before cotton.

Though Liberty can be an effective burndown option for horseweed, I would not recommend it for two reasons.  First under cool spring conditions Liberty will not provide good horseweed control.  Second, the options listed above would be much more economical.

(Photos) Farmers from across the country tour "house that cotton built"

What will the Upper Southeast 2014 crop mix be?