Know your expenses and savings when using cover crops in row crop operations. 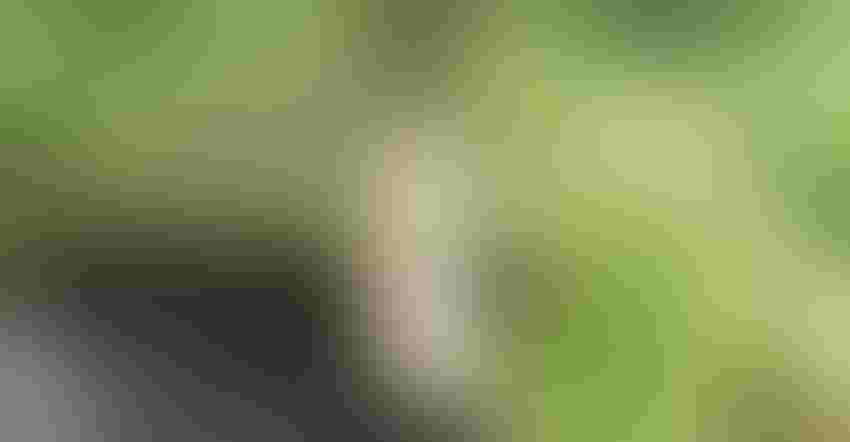 SOIL BREAKTHROUGH: Tillage radishes penetrate the soil, breaking it up. They are used in heavy clay soils to break it up, allowing for better water filtration and providing the next year’s crop with access to moisture. GoSeed

For Jerry Hall, director of research for Go Seed, an Oregon-based company that develops seed for turf, forage and cover crop markets, the question surrounding cost of cover crops needs to be flipped on its head with farmers asking, “How much can cover crops save me?”

He says only then they see the decrease in inputs such as fuel and labor, while providing long-term production benefits from resource improvement.

“To see the full potential they bring to an operation, we need to stop chasing yield and look at the overall production picture,” he says. “That’s where we’ll see the real savings.”

Still, putting cover crops in the ground costs money. Rob Myers, director of the University of Missouri Center for Regenerative Agriculture, and Ray Massey, MU Extension economist, says farmers need to keep these costs in check. So, they offer insight into a few expenses, along with a few savings related to cover crops.

Cover crops need to be seeded at the right time with the right equipment.

“If the cover crop doesn't grow, throwing the seed out there is really just burning money,” Myers says. “Farmers need to have a good plan for establishing their cover crops just like they do with cash crops.”

To ensure adequate distribution, the drill or row planter needs to be checked and calibrated to ensure seeds have the best soil contact possible. Broadcasting cover crop seed can also work, Myers adds, but it's not a good idea with larger cover crop seeds, or really late in the fall when there is little time for a rain to come.

Massey adds there are hidden equipment costs farmers may not expect. A farmer may assume a $7-per-acre custom rate for planting while figuring a $5-per-acre use on his own equipment. It looks more cost-effective. But that $5 charge doesn’t necessarily account for all equipment expenses.

“People look at cost differently,” Massey explains. “Things that people experience or feel [differently] is cash cost.” Most farmers consider fuel to be a real cost of putting in a crop, but they may ignore their own labor or the depreciation on their equipment. Massey encourages farmers to recognize all costs.

Like any other crop, there are costs associated with growing cover crops. First, there is the cost of seed.

For soils that are highly compacted, Myers recommends purchasing deep-rooted cover crops species that penetrate the soil, such as radishes. In soils with fertility issues, legumes such as crimson clover or hairy vetch can do well and help restore the soil.

One way to quickly lose that investment is not paying attention to residual herbicides in a field. This leftover herbicide may be plentiful and strong enough to kill a cover crop, particularly brassicas and some of the legume cover crops. Grasses such as cereal rye or triticale are less affected.

“It's important to review what chemicals have been sprayed on a field and how it might impact relevant cover crops,” Myers says.

But used correctly, cover crops can decrease certain input costs, such as chemical use. “Rather than leaving fields bare postharvest, establishing a rapid growing cover crop is going to outcompete weeds, reducing pressure on the subsequent crop,” Hall says.

According to a USDA Sustainable Agriculture Research and Education (USDA-SARE) study looking at conservation tillage systems in the Southeast, it found planting a rye cover crop in Mississippi reduced total weed biomass by 19% to 38% across different tillage systems, and total weed density by 9% to 27%.

“Legumes are signature for forming root nodules from rhizobia bacteria, which pull in nitrogen from the atmosphere as nutrient resource for the plant to grow,” he says. “Root nodules also release nitrogen into the soil as an available nutrient for companion and succeeding crops. However, the real magic happens as the legume ends its life cycle, releasing nitrogen into the soil as components of it begins to decompose.”

While it adds to seed costs, legumes quickly pay for themselves in the amount of nitrogen added to the soil that is immediately available to succeeding crops. Data from the Illinois trial shows Fixation balansa clover fixed 50 pounds of nitrogen per acre at four weeks after emergence. Based on a rate of 60 cents per pound for nitrogen fertilizer, this is a cost savings of $30 per acre, Hall explains. At 10 weeks, 84 pounds of nitrogen per acre was fixed for a cost savings of $50.40 per acre.

Farmers need a long-term strategy for cover crop use if they want to see a return on their investment. “Think of it like using lime to raise soil pH — which can take upwards of three years to pay off — or buying new equipment,” Myers says.

He adds that a national cover crop economics review through the USDA-SARE program determined that it takes cover crops an average of three years to break even.

“Then after that, they provide a profitable return in subsequent years,” Myers says. “This means that, in the majority of farm situations, there is an investment cost in the first couple of years. Farmers need to have a multiyear perspective.”