There is often something of &ldquo;a gentleman&rsquo;s agreement,&rdquo; among farmers, a certain respect and code of conduct which implies that they don&rsquo;t try to pull leases from their neighbors. Recently, that security a farmer could count on to continue leasing property&mdash;if it isn&rsquo;t developed and if he produces good crops and treats the land well&mdash;has become less certain. 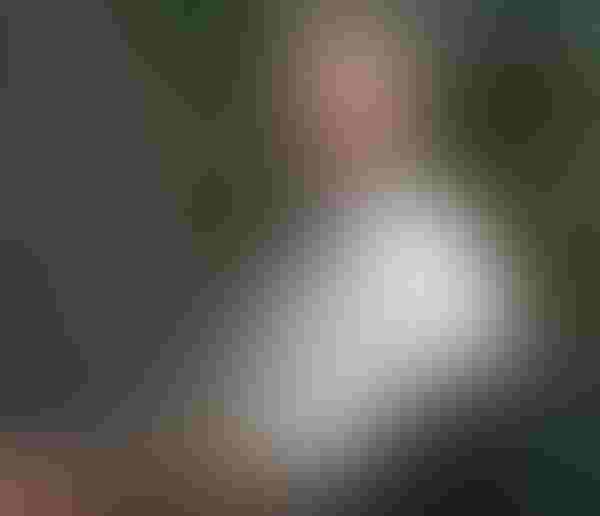 Ben Scholz has farmed in Northeast Texas for more than 40 years, partly on his own land but also on a significant number of leased acres. It’s a common practice, he says, for farmers to add to their own farmland to achieve “an economy of scale,” and the most affordable way to do that is by leasing acreage.

Competition with neighboring farms has always been a part of the equation. “When a farmer retires, several farmers may try to pick up those acres,” he says from his shop/office in Lavon, Texas. “We all accept that possibility.”

Scholz farms in a rapidly-growing area, near enough to Dallas to be part of the urban sprawl that imposes itself into the countryside, transforming once fertile farmland into new subdivisions, shopping malls and golf courses.

“I’ve leased a lot of land over the years,” Scholz says, “as do many farmers in just about any region of the country. I’ve also lost a lot of leases. Most of those were lost because of development. I haven’t had many ‘leased out from under me.’”

There is often something of “a gentleman’s agreement,” among farmers, a certain respect and code of conduct which implies that they don’t try to pull leases from their neighbors. Recently, that security a farmer could count on to continue leasing property—if it isn’t developed and if he produces good crops and treats the land well—has become less certain.

“We’ve seen some unique changes in land leasing,” Scholz says. Recent upticks in commodity prices, coupled with several fairly good growing cycles in the Northeast Texas region, have brought in outsiders—some individuals and some corporations—looking for opportunities to cash in on hot commodity markets. And they bid up lease rates.

“In farming communities near a metro area, we’re already dealing with a shrinking land mass,” Scholz says. “We’ve been dealing with that for years.” But competitors from outside the region—some with ties to land development—put an even greater strain on available farm acreage.

For that reason, Scholz says local farmers should pay more attention to how they treat leased acreage and, perhaps even more importantly, how they communicate with their landlords. He concedes that landlords have every right to lease to whomever they want and if someone from outside the community offers a significantly higher rate, a landlord is likely to be tempted to take it.

That’s where communication comes in, he says. Keeping landlords informed about improvements farmers make to the property may be a key to keeping the lease. Production history and conservation efforts are important points and should be part of the routine communication effort.

Some companies may use the leased farmland as nothing more than a tax dodge and will do little to protect the resource. “That’s one advantage a landlord has in leasing locally,” he says.

One deficiency Scholz sees in past leases is that he has not included “a right of first refusal or first right to lease,” clause—a means of at least having an opportunity to re-lease land that some other entity may have tried to bid on.

He also prefers to stick with cash lease agreements because those are simpler for both lessee and lessor. “This close to metro areas, fields tend to be small and keeping up with specific field yields, input costs and then co-mingling production becomes quite complex.”

Marketing is also simpler with a cash lease. With a share lease, determining the best time to sell may be problematic as a landlord may prefer to move the crop just after harvest but the best time for the producer may be later in the season or early the next year. Cash flow needs vary, Scholz says.

“I have lost leases because of marketing differences. It is rare to hit the market peak; I’ve done that once, after Chernoble, when I expected wheat prices to peak.”

He follows a marketing system using a bar chart to track price trends. “I try to stay in the top third of the chart,” he says. Landlords may not understand the fluctuations of markets and with share lease agreements may want to take on more of the sales responsibility.

Scholz says leasing farmland in rapidly growing communities comes with the possibility of losing acreage to development. That can mean being rooted out of a field during the growing season, after seed is in the ground and much of the production cost invested in the crop.

That’s covered in the lease. “We include a pre-determined amount that will be reimbursed,” he says. The formula includes the average production history and a “realistic price for the commodity.” If the crop is destroyed shortly after planting, he follows a formula that would allow him to recoup costs. If it’s later in the season, reimbursement amount changes and as it gets close to harvest, reimbursement would be full crop value.

The key, he says, is to work closely with the landlord and make certain it’s spelled out precisely in the lease.

“Get it in writing,” Scholz says. “A handshake is no longer adequate.”

He says landlords may need different means of communication, depending on where they are and on the past relationship. He has one he considers a close friend and “is easy to work with.” He has one landowner in Chicago with whom he works through a real estate agent in Colorado. He has relatively new leases and one piece of property with which his family has been involved since his grandfather worked as the farm manager. “Our relationship with that farm goes back to the 1920s,” he says.

Some farmers lease from foreign owners and their communication needs may be even more difficult. The key, he says, is to stay in touch.

Long-term leases are becoming less common. “Many landlords do not want to tie up property for more than a year,” Scholz says. That’s also a factor of urban sprawl. “Corporations typically want nothing longer than a one-year lease. They want to remain flexible with what they can do with the property.”

When possible, he prefers a long lease and says landlords should be at least a little cautious about leasing to entities from outside the area that may be in it for the short-term.

“I’ve been through a lot of cycles in more than 40 years, and there have been times I didn’t know if I could stay on the farm and feed a young family. The last two or three crop cycles have been beneficial for the region because of timely rains, and we have made some exceptional yields.” That, along with favorable commodity prices, makes the area attractive for other farmers.

“But commodities are on the way down, and we have to consider the rising cost of inputs and the decreasing price of commodities. We have to look long term.” He says farmers can’t count on the weather either.

Higher rental rates may not fit in a long-term equation.

Legally, farmers are at the mercy of the market when they lease land, just as they are when selling commodities. But preparation in each instance may give them an edge. Developing relationships with landlords, whether by a personal visit or through email or letter, may be a factor in keeping good land.

“There are benefits for landlords to lease to someone they know will do a good job taking care of their property,” says Tiffany Dowell, assistant professor and agricultural law specialist with AgriLife Extension in College Station.

“I think there could be additional benefits that are somewhat similar—if a dispute arises, a landlord might be better able to reach a resolution with someone they know and can relate to, for example.”

She says larger leasing companies that come in and use form leases could be a consideration “if they are requiring form leases that are drafted by corporate attorneys in the leasing company’s favor. All in all, probably the most straight-forward argument to be made is simply that if a landlord wants to be sure to take care of the land and the area, leasing to people who have a vested interest in those things, versus someone who is an outsider, would probably be more likely to meet that objective.”

She does concede that some large leasing companies would be good to work with as well.

She affirms Scholz’s contention that a handshake is no longer sufficient. “The key is to get a lease in writing and each party should include important facets, including right of entry, reimbursement for crop loss if property is developed while a crop is on it, etc.”

Scholz wants to continue doing what he’s done for more than 40 years, even amidst the ever-increasing urban encroachment—“produce good crop yields in Northeast Texas.”

West Texas production off but some good cotton being made