Tennessee farmers, and those in other Southern states, are behind in spraying herbicides in burndown applications to clear hard-hit winter fields before 2014 spring planting, but winter also put weed germination behind schedule.If the expected planting date is three weeks off and the plan is to burndown with something at planting then a residual in with the burndown now is probably not warranted. 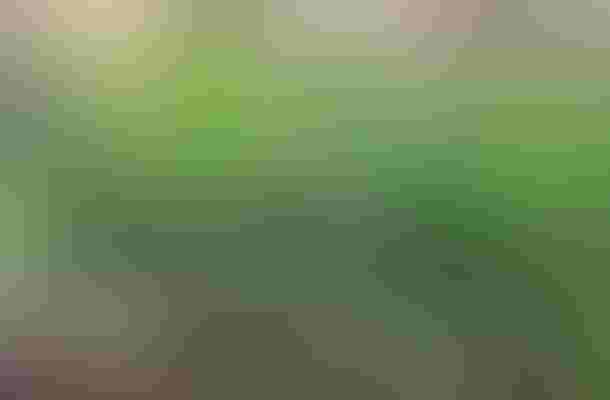 <p>NEW HORSEWEED germination started about two weeks ago in Tennesee. Due to cold winter, it should be easier to control with it being much smaller than typically sprayed this time of year.</p>

We are well behind the burndown pace of most Tennessee springs, where at least some would have burndown applications applied by this time. However, this was not a typical winter and as such we are not behind with respect to weed maturity.

The winter Tennessee experienced is not unlike what happens in the Midwest.  They typically see high mortality rates of fall germinated horseweed (marestail).  In walking a few fields it appears this is the case for us as well this spring.  The bulk of the horseweed we will have to manage will be spring germinated.

New horseweed germination started about two weeks ago and I would expect that to continue over the next few weeks.  It should be easier to control with it being much smaller than what we typically spray this time of year.

Dicamba shortage looms on Tennessee farms, but other options available

Wheat herbicides: Time running out in some Southern fields

However, if the intended planting date is more than 30 days away, then a residual can provide the advantage of not having a large grown up mess to have to plant into later this spring. If corn is the intended crop then a residual added to an early burndown often will not add much as most of the popular Pre and Post applied corn herbicides will also control newly emerged horseweed.

Plant back concerns on some herbicides

Leadoff is a popular residual option in an early burndown program. Leadoff is a premix of the SU herbicides rimsulfuron and thifensulfuron. It will provide several weeks of residual control of winter annual weeds and will help curtail regrowth of horseweed that has been injured by dicamba that otherwise might re-grow.  It also will aid in control of ryegrass and poa over glyphosate alone.

On the management side, do not expect Leadoff to control existing horseweed as it will need to be mixed with dicamba and glyphosate to do a thorough burndown of horseweed. Please note there is a 30 day plant back to cotton and soybean after a Leadoff application.  Under cool, wet and higher pH soils, some non-STS soybeans can have their early growth checked up some where Leadoff has been used. In corn it can be applied clear up to planting.

There is no residual herbicide that will typically provide any measurable Palmer amaranth control in soybeans or cotton when applied during most of the month of March.  Also we need to be more wary of Italian ryegrass this spring, which I will touch on in another blog.