One female Asian Longhorn tick can wreak havoc on your livestock herd. 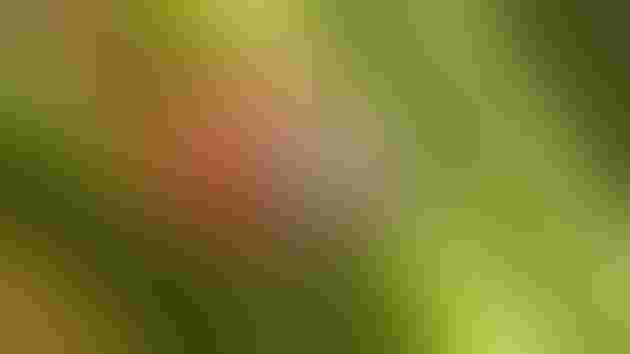 Ticks are always a concern for humans and animals, but a new one is at the forefront and the invasive little creature is making itself known.

The Asian Longhorn tick was most recently found in Missouri. The state veterinarian confirmed the presence in northern Missouri earlier this week. This marks the 18th state to confirm the tick.

Asian Longhorn ticks arrived in the United States in 2010. The pest was deemed problematic in 2017 when it was found on a sheep farm in New Jersey.

In Ohio, the tick was found in Galia and Jackson counties in 2020. This spring, the Longhorn tick was found a little farther north in the state, leaving two full grown cattle and one bull dead. All three of the animals tested negative for disease but thousands of Asian Longhorn ticks were found on the bodies.

The major problem is that the Longhorn tick can colonize on an animal and kill it. It all goes back to the reproduction of the tick.

McDermott says livestock producers need to utilize good grazing principles. One of which is to avoid hyper-mature grass in pastures.

Manage the area around pastures by clearing brush and keeping weeds short.

Another thing to consider in smaller areas is a tick-drag. The location of the tick found in Ohio earlier this spring yielded thousands of ticks in one yard.

McDermott says to use insecticides labeled for ticks. He says so far, everything tried has worked for the Asian Longhorn tick.

Another tip is to acknowledge the risk. “Scout your animals and know them,” McDermott adds. Ticks love the front and back of animals; continually check the perineum region, utters, face and ears. Work with your veterinarian if you think you have a problem with this tick.

“For the best tick control for your livestock, you should look to products containing organophosphates, such as coumaphos (found in Co-Ral) or phosmet (found in Prolate/Lintox-HD). Always remember to apply according to label instructions for maximal effect and safety. The best tick control for dogs will be from the isoxazolines, such as Nexgard, Simparica, Bravecto, or Credelio. Be sure to speak with your veterinarian about obtaining a prescription for these medications,” says Tony Hawkins, DVM, Technical Services Veterinarian at Valley Vet Supply.

Related:"I should have been more aggressive"

For humans, be vigilant and wear repellant and pyrethrin-treated clothing. Also, be sure to do a tick search after being out in the pastures.