Farm Press Peanut Profitability Award winners for 2013 all report good crops this past year despite excessive rainfall in areas. 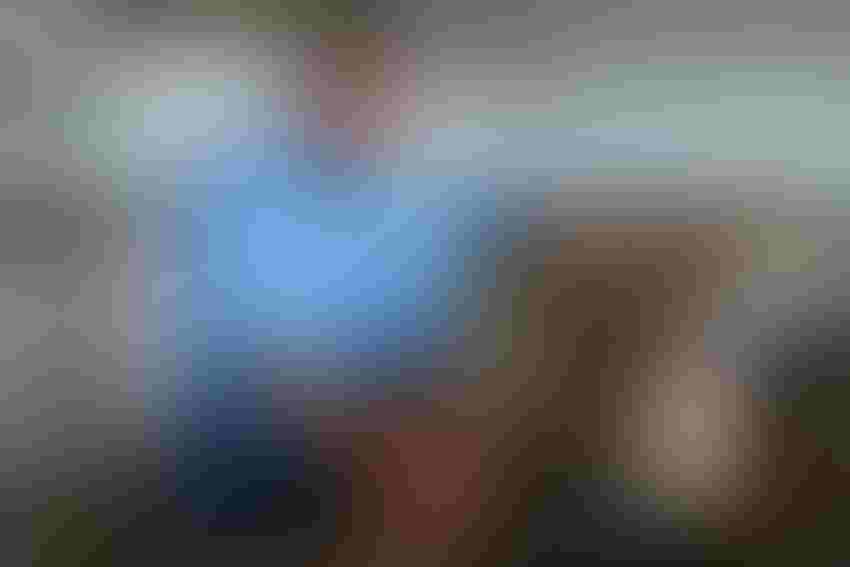 <p>SOUTH GEORGIA&rsquo;S TIM McMillan was pleased overall with his peanut yields in 2013, despite record amounts of rainfall in his region.</p> <p>&nbsp;</p>

Editor’s Note: Each summer, Farm Press, along with its co-sponsors, presents the Peanut Profitability Awards to deserving growers from each peanut-producing region who have simultaneously achieved top yields and cost efficiency over their entire operations. Since these awards are based on the previous year’s production, we thought it would be interesting to see how our 2013 honorees fared during the most recent growing season.

While excessive rainfall in 2013 caused fits for producers throughout the U.S. Peanut Belt, yields for the most part still averaged good to excellent, and this past year’s Farm Press Peanut Profitability Award winners were among those who generally were satisfied with their most recent crops.

“I was pleased overall with this past year’s peanut crop, especially considering the excessive rainfall we received,” says Tim McMillan, the south Georgia producer who was the 2013 Peanut Profitability winner for the lower Southeast region.

“It was the wettest year we’ve ever seen,” he adds. “The majority of our land is high and with a good roll, so it drained well and the rains weren’t a problem. But in other areas, where the land is low and flat, some of our peanuts were drowned out.”

McMillan says he averaged about 5,000 pounds per acre overall, which he considers pretty good considering rainfall amounts. His peanuts that were planted in low-lying areas averaged closer to 2,500 pounds per acre, he says.

Forty-percent of McMillan’s peanuts are irrigated, and he says he was able to reduce those input costs. However, his irrigated peanuts still out-yielded his dryland crop, probably due to one dry spell he experienced during the growing season.

McMillan planted his entire 2013 acreage in Georgia-06, not counting the land that was planted for variety trials.

“Our grades were excellent this past year, just a like a lot of other growers. Unless you had peanuts that were under water for any length of time, you probably made good grades in 2013. We didn’t expect the grades to be so good because of the excessive moisture, but we were really pleased with the final results.”

Plentiful rainfall meant more disease pressure in 2013, but McMillan says he stayed on a strict fungicide application schedule and it wasn’t as bad as he expected.

“Other than pre-plant, we don’t typically fertilize peanuts, but this past year I applied some ammonium sulfate on the part of our crop that was drowned. If there was ever a year to do it, I thought it was probably this past year, and it looks as if it paid off.”

McMillan and his brother Steve are seventh-generation farmers in south Georgia’s Berrien County. Farming since 1983, he is on a three-year rotation. Mostly, it’s two years of cotton and then peanuts. Sometimes, he’ll throw corn in the mix, depending on prices. In addition to peanuts, cotton and corn, Southern Grace Farms also produces you-pick strawberries, blackberries, nectarines and peaches.

Murray Phillips was still gathering peanuts the week before this past Thanksgiving, several weeks later than usual because of October rainfall that delayed harvest of his 2,000-acre crop.

“We’ve been harvesting for about a month,” said Murray in late November. The 2013 Peanut Profitability Award winner for the Southwest region added, “We have two or three weeks to go and quite a few acres left to get in.”

Murray runs a diversified operation near Pearsall, Texas, in Frio County, about an hour south of San Antonio. Combining peanuts typically runs into late fall in Texas’ southernmost production area, but he usually has everything in before Thanksgiving.

“We got a lot of rain in October, just about the time we were ready to start harvest,” he said.

At just past the halfway point, yields were averaging about 5,200 pounds per acre, “about usual,” Murray said. Grades were ranging from 72 to 73 on his runner-type peanuts—Florida-07s and Georgia-09s.

Murray said the growing season brought no surprises.  “It was an average year. Disease was not much trouble so we stayed on the usual fungicide spray schedule.”

Murray expects to plant about the same acreage of peanuts next year. “I don’t know what offers will be available but I’ll probably stick to my usual acreage.”

He also grows corn, carrots, spinach, green beans and a little cotton, but peanuts has always been his favorite crop and he sees no reason to switch anytime soon.

Nine inches of rain on the week of July 4, was just one stretch of time that produced record rainfall for 2013 Upper Southeast Peanut Profitability winner Jart Hudson. But despite the rainy weather, he says this past year’s peanut crop turned out well.

“We were very fortunate that for the first time in the history of our peanut operation, we grew one variety—Bailey. With all the rain we had, and the disease pressure we had, I believe planting Bailey allowed us to produce about as many peanuts as we did last year,” he notes.

“With all the rain we had in July and August and the cool, cloudy days that came with the rain, I didn’t have much hope for producing even an average crop, he notes. When we started pulling samples at the end of the growing season, it was clear we didn’t have as many peanuts on the vine as we needed in some of these really wet areas, Hudson adds.

However, one thing that stood out on these peanuts was pod size. “We didn’t have as many pods, but all of them were noticeably larger than usual, and that’s what helped us reach similar yield levels as we had last year,” he concludes.

Typically, the North Carolina grower finishes his peanut harvest by Nov. 1. This past year, he was delayed two to three weeks with all his crops, including peanuts. “Again, the peanuts stayed in the field longer than we like, but they seemed to adapt well,” Hudson says.

Other crops, he notes, particularly cotton and soybeans didn’t fare so well. Corn appears to be the big winner among crops grown in North Carolina’s Coastal Plain. Hudson says his corn yields were among the highest he has ever grown on his Turkey, N.C., farm.

Next year he plans to produce about the same acreage of peanuts. “We can’t seem to make corn work, despite the high yields, and we will probably cut back on corn acreage next year. Wheat performed well for us this year, and we’ll probably end up with more wheat than we had last year,” Hudson says.

In more normal rainfall years, the North Carolina grower says the disease package that Bailey carries will benefit yield some, versus other varieties. However, in 2013, the advantage of disease resistance was more obvious than in the first few years they planted the variety.

“We don’t like to plant one variety, and we’ve never done that before this year, but with all the rain we had, I’m sure glad we did,” says Hudson.