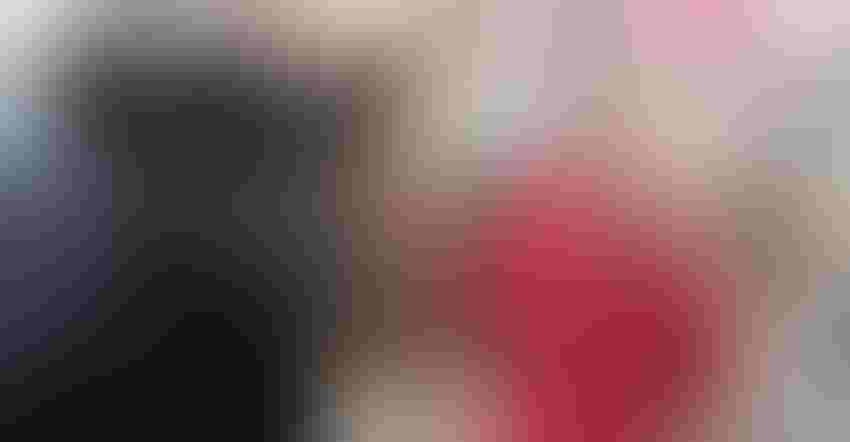 SUCCESS AT SHOWING: 4-H’ers lead their entries into the arena during the Youth Beef Fitting Contest at the Wyoming State Fair in Douglas. Despite reduced potential for events, businesses and supporters have stepped up for 2020.Courtesy of University of Wyoming

Most county fairs across the state of Wyoming are reporting an unexpected phenomenon during the current economic downturn — an increase in total gross sales at University of Wyoming Extension 4-H livestock auctions compared to previous years.

4-H’ers led their entries into arena during the Youth Beef Fitting Contest recently at the Wyoming State Fair in Douglas.

Over half of the counties reported an increase, with the rest reporting similar or slightly lower sale numbers from previous years.

The idea of a record-breaking sale was also a shock for Tycee Brown, Park County 4-H educator.

Brown said the group tried an online auction format for the first time to allow people to attend the auction who may be concerned about attending for health reasons. It also allows family and friends from far away to participate and watch.

Hogs, lambs, goats and rabbits were all reportedly up in numbers from last year, while beef was slightly down. One goat sold for $120 per pound, setting a new record from the previous $75-per-pound record.

“I’m just very grateful in Wyoming, we have been able to have livestock shows and sales, and we have such good community support — not just here in Park County, but around the state,” Brown says.

“My guess as to why it might be higher is because the people who have the money felt a swell of emotional support for the kids and families in the program,” says Glenn Owings, Teton County 4-H educator.

Owings also thought the fair received more attention than normal because there hasn’t been a lot going on.

Amber Armajo, a 4-H educator in Washakie County, had no explanation for the increase in numbers, but said it was the best the county 4-H group has ever had.

“I went back and did a spreadsheet for history purposes, and have the highest bottom dollar and the highest averages ever,” Armajo says.

Others around the state have been pleasantly surprised by the turnout at livestock auctions at fairs this year, despite economic concerns.

“We were worried, but our community held strong and showed up to support our kids,” says Bryce McKenzie, a 4-H educator in Johnson County. “The kids are very fortunate during these uncertain economic times that our society has faced.”

“We had a great turnout, and I think that some of the reasons were people wanting to support kids — and also, we advertised heavily that our packing plants had spots reserved for those animals to be processed within the next two weeks, so no need to wait on their meat,” Fleenor says.

When a decrease is an increase

Despite a small decrease in Natrona County, 4-H educator Joddee Jacobsen said she believes the county still had an outstanding sale.

“I think it’s important to remember that Casper and Natrona County have been hit especially hard with the decline of oil exploration, drilling and fracking,” Jacobsen says. “I think even with the slight decline, we still have the top sale in the state in regard to the total amount of the sale.”

Source: University of Wyoming Extension, which is solely responsible for the information provided and is wholly owned by the source. Informa Business Media and all its subsidiaries are not responsible for any of the content contained in this information asset.

Katie Shockley is a communications writer for the University of Wyoming.