The University of Wyoming wants a better understanding of the horn fly, a profit-robbing pest. 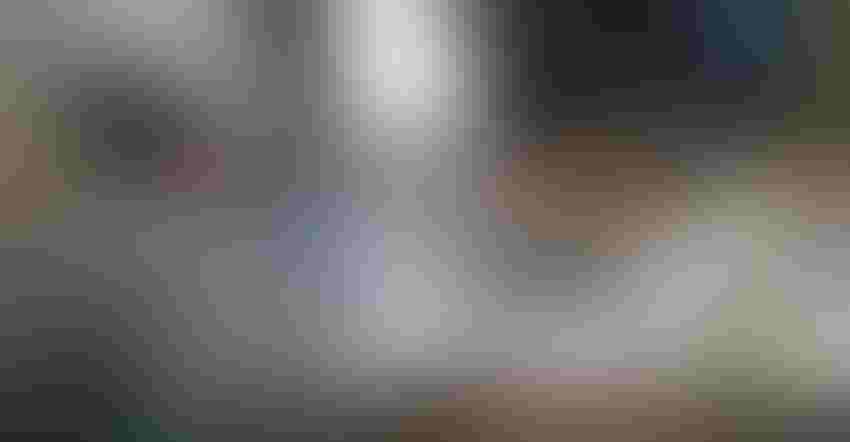 One cow has 383 horn flies sucking her blood; the other cow has four. Why that remarkable difference?

Craig Calkins, a Cody High School graduate turned veterinarian, turned Army major, and now a doctoral student at the University of Wyoming, is helping UW Extension range specialist Derek Scasta unravel the mystery of a pestilence that costs the livestock industry billions of dollars in losses.

Calkins is eyeing whether shorter blood-clotting times of individual animals “clog” a fly’s attempts at biting; whether a thicker hide frustrates flies;  and if elevation and environmental conditions, such as colder and wetter areas, affect fly parasitism.

Considered a filth fly, horn flies (Haematobia irritans) feast on a cow’s blood, leave to lay their eggs in manure, then fly back to their beef buffet. Eggs hatch after about two weeks, and a new generation begins.

The flies pierce the hide and inject an anticoagulant to help free the flow of blood. Cattle swing their heads, slap their tails and twitch their skin in attempts to stop the biting.

“Seeing an animal with horn flies is a really discouraging situation, when you think about that animal,” says Scasta, who noted the constant irritation. “Cattle producers suffer production losses because the animal is losing blood, but also because of these annoyance-avoidance behaviors. Every time that animal picks its head up and swings, it’s not taking a bite of grass, so grazing time decreases.”

He said other scientists have found such cows produce less milk, which lowers weaning weights. The biting also slows growth rates of the younger animals, such as calves or yearlings.

Some animals will be bothered more than others in any group. “They may all look similar as far as you and I can tell, but there will be some cows infested more than others,” Scasta says. “We’re trying to identify the traits those individual animals have that make them more or less susceptible to parasitism.”

“We were kind of surprised how fast some of the cows’ blood coagulated,” Calkins says. He is a graduate of Chadron State College who joined the Army in 2012 as a veterinarian. “Sometimes it would be clotted in the tube before we could even get to the machine to run it.”

Army veterinarians have to return to school and specialize to continue in the service. They have several options. Calkins chose public health, and the program in the rangeland ecology and watershed management at UW returned him to his home state. After eight years in the military and deployments overseas, including Iraq, Calkins is happy to be where he is.

“I can’t think of a better place to be,” says Calkins, who lives with his wife and children in Cheyenne, and whose travels take him across the varied vistas of his home state.

Cattle studied include those in the Bighorn Mountains, and lower-altitude herds at the James C. Hageman Sustainable Agriculture Research and Extension Center near Lingle, Wyo. Other cattle are near Cheyenne, Cody and on the McGuire Ranch.

“This is related to colder temperatures as elevation increases,” he says.

“The sun illuminates the whole side of the cow, so the flies are really easy to see,” Calkins says. “You’re counting all the flies over the body. We stratify the head, side of the legs, the belly, brisket and tailhead.”

Horn flies are easy to spot.

“They are a different size; and for some reason, horn flies always eat with the head down, so their wings are making a ‘V,’” Calkins says, adding, “Who knew?”

Only one side of a cow is counted. “So realistically, whatever number we come up with is likely doubled,” he says.

The goal is to identify traits that make an animal more prone to parasitism and then cull it from the herd.

“Potentially removing those outlier cows that you know are super-prone to parasitism could save producers a lot of money,” Calkins says.

Producers use various treatment options, Scasta says. Those include a feed-through product containing an insect growth regulator (IGR), spraying, ear tags that contain an insecticide and back rubbers that disperse a chemical.

Each has its limitations, including insects becoming resistant to the insecticides — like some weeds are becoming herbicide-resistant, or the need for retreatment.

The data from the study may help develop options that help producers save money. “If we are going to a have an integrated pest management approach, some of these other things will be really important, so we can select for certain cows that are less susceptible,” Scasta says.

Source: University of Wyoming, which is solely responsible for the information provided and is wholly owned by the source. Informa Business Media and all its subsidiaries are not responsible for any of the content contained in this information asset.

I was raised on a crop/livestock farm in the Brady/Gothenburg, Nebraska area, and, at the time, resented all the time spent grinding corn, haying in 100-degree weather, castrating pigs and calves, and moving irrigated pipe. I always tried to make myself scarce when time came to butcher chickens. As I grew up, so did the appreciation of my childhood. Now I look back at that time with fondness, although I'm sure my two brothers might disagree with my reflections. My first job in journalism was at my hometown weekly newspaper, learning more about reporting the first three months than the previous four years of college. Mistakenly believing the grass is always greener, or perhaps it was just plain itchy feet, I launched a career of reporting and editing jobs in several states covering city councils, county commissions, county and district courts, education, law enforcement, high school and college sports, and agriculture. I worked at newspapers in Nebraska, Colorado, Wyoming, Idaho, and Montana, and was managing editor at the last two newspapers. I returned to college at the age of 47 and received a 7-12 social sciences teaching certificate. I never put the certificate to use outside of college but have never regretted returning to school because of the life-altering qualities. I better add I have a very patient and supportive wife. I joined the University of Wyoming Extension in 2005 two days after completing my student teaching assignment. I might be the oldest graduate student in the University of Wyoming Department of Communication and Journalism so far halfway toward a master's degree.