“We’re expected to have an all-time record beef production year, and typically as the market expands supplies there will be a price drop, but beef demand is strong for both exports and across the U.S.” 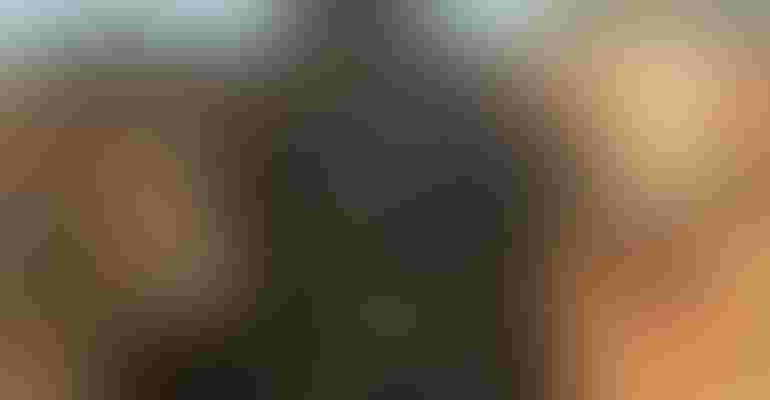 The 2018 beef market is shaping up good for producers as high domestic and export demand continue.

Continued good export and domestic demands for beef has 2018 off to a good start for producers, according to a Texas A&M AgriLife Extension Service expert.

Dr. David Anderson, AgriLife Extension economist, College Station, said he expects 2018 to be a record production year for beef amid a market that continues to be strong due to good demand.

“We’ve continued to see the good demand for beef that we saw throughout 2017,” he said. “We’re expected to have an all-time record beef production year, and typically as the market expands supplies there will be a price drop, but beef demand is strong for both exports and  across the U.S.”

Anderson said fast-food giant McDonald’s commitment to provide fresh ground beef for its quarter-pound hamburgers is one example of factors that could impact ground beef demand and therefore prices.

“The decision by the biggest fast-food chain in the country may likely boost cull-cow prices and fresh beef trimmings demand,” he said. “Fed cattle are in the high $120s per hundredweight and above the average compared to a year ago.”

Calf prices have also been above last year’s average so far due to demand by feedlots, Anderson said.

Dry weather has been a contributor to feedlot placements this year, Anderson said.

“Dry conditions in wheat country have caused many producers to sell calves to feedlots that would have otherwise packed on weight in pastures,” he said. “This could mean fewer heavy feeder cattle will be available after typical gains in March, April and May.”

Spring is historically a good season for beef sales, Anderson said. People are cooking out and grilling, so “middle meats” such as ribeyes and strips are increasingly in demand.

“It’s only mid-March and consumers in the northeast, which includes major U.S. population centers and markets, have been hit by multiple winter storms over the past few weeks,” he said.

“That may have slowed retail sales, but they’re temporary delays. It’s early for retailers and they’ve been planning what they will feature and when for months.”

The overall market could be headed toward lower prices later in the year due to high beef production, Anderson said.

CENTRAL: Small grains greened up following late February rains. Corn and sorghum planting will begin as fields dry out. Most fruit trees were close to budding or started budding. Producers were beginning to spray for weeds in pastures. Large amounts of damage from ice storms were seen. Livestock were in good condition but supplementation was still necessary. Temperatures remained normal for this time of year. Nearly all counties reported good soil moisture. Overall crop, rangeland and pasture conditions were good in nearly all counties.

ROLLING PLAINS: Days were warm and sunny with temperatures averaging in the 70s. Rangelands were dormant but winter wheat perked up in areas that received moisture. Cattle were on supplemental feed with hay and cake. Spring calving began. Soil moisture was extremely dry and rain was needed to help the wheat crop and for farmers to prepare for cotton planting in western counties. Farmers were shredding cotton stalks. There was high fire risk, and numerous counties were under burn bans.

COASTAL BEND: Weather conditions allowed for a good week of planting, with most areas reporting good moisture. There were some areas of concern due to continued dry conditions. Nearly all corn and sorghum were planted, with many producers starting to plant cotton. Farmers continued to make pre-plant fertilizer and burndown herbicide applications and fertilized hay fields. Good inventories of hay were on hand with pastures greening up nicely and looking lush in places with recent rainfall and warmer temperatures. Livestock were doing well.

EAST: Topsoil and subsoil conditions were adequate throughout the district. Rains eased across the district apart from Marion County, where inclement weather caused the death of one person. Anderson County reported 30 percent of corn was planted and cotton preparation was underway. Anderson County timber harvesting slowed due to wet conditions. Jasper County reported crop and pasture work was delayed. Oat and winter wheat conditions were both reported as good. Warmer weather brought on growth of forages including ryegrass and Bermuda grass, which allowed producers to slow down drastically on supplemental feeding. Pasture and rangeland conditions were mostly fair with the exception of Anderson, Shelby and Trinity counties, which reported poor conditions. Producers in Marion County began preparing gardens, and Anderson County producers started planting vegetables. Cattle numbers were up at sale barns in Gregg, Houston and Shelby counties. Reports by producers indicated that calving season was well underway. Wild hogs were very active in Anderson, Trinity and Upshur counties. Upshur County began control measures for gophers and moles.

SOUTH PLAINS: Subsoil and topsoil moisture levels were extremely dry with no chance of rain in the forecast. Winter wheat, pastures and rangeland needed moisture. Producers were preparing for spring planting.

PANHANDLE: Conditions were windy and extremely dry. Temperature were near normal most of the reporting period before warming to above normal. No moisture was reported. High fire danger was reported throughout the area. Rain was needed for spring planting. Dryland wheat was declining. Wheat producers were irrigating where available. Cattle were being moved to wheat pastures to be grazed out. Cattle on rangelands were being supplemented.

NORTH: Topsoil and subsoil moisture levels were mostly adequate to surplus in all counties. Creeks and dams were full, but not overflowing. Pastures and crop fields were starting to dry out, and wheat and oat fields were flourishing due to several days of sunshine. Ryegrass and clover were improving, with cows starting to ignore hay. Corn farmers were ready to start planting but will have to wait until fields become dryer. Livestock remained in good condition. Trees were starting to bloom. Feral hog activity increased.

FAR WEST: Temperatures ranged with highs in the 80s and lows in the high-30s. Conditions were windy with no moisture. Fields and pastures were dry and very combustible. Moisture was needed.

WEST CENTRAL: Weather was seasonable with warm days and cooler nights. Some morning frost was noted. All areas needed rainfall. Field preparations continued for spring planting. Most farmers were waiting on rain to plant. Small grain fields were growing. Some insect problems were showing up. Wheat improved following recent moisture and mild temperatures. Home gardeners were starting to put in onion sets and early vegetables with proper protections. Rangeland and pasture conditions continued to be very poor. Rangeland and soil moisture conditions were poor. Cool-season pasture grasses and weeds were showing some green-up and growth. Livestock remained in fair condition. Supplemental feeding continued. Many farmers and ranchers were putting cattle on wheat and oats to help body conditions.

SOUTHEAST: Soil moisture was good in most counties, and additional rain was expected. Some areas were too wet for field work and planting preparations. Forage producers fertilized cool-season pastures over the past two reporting periods. Warmer temperatures were supporting plant growth. Cool-season forages were growing well. Legumes were performing better than the past several years. In Brazos County, field conditions dried sufficiently to allow corn planting. Tree pollen levels were high. Livestock appeared to be gaining weight after a stressful winter. Rangeland and pasture ratings varied from excellent to very poor with good ratings being most common.

SOUTH: Mild weather conditions continued with adequate moisture levels. Soil conditions were short in some areas. Zapata and Jim Wells counties reported 1-2 inches of rain. Potato planting was completed. Corn planting continued and stands were emerging in some areas. Wheat fields were starting to head. Pasture and rangeland conditions continued to improve in some areas but continued to decline in other areas. Forage quantity was declining and remained low in some areas. Supplemental feeding was reduced in some areas, but other areas needed to supplement with hay. Cattle body condition scores remained fair. Some areas were struggling with drought conditions, and no rain in the forecast. Irrigated Coastal Bermuda grass fields were green and nearing first cut. Vegetable planting was ongoing. In Zavala County, cabbage and spinach harvests were active. Recently planted cotton, corn and sorghum made good progress with no insect pressures reported by producers despite warmer conditions. Onions and carrots did well with carrot harvest about 15 to 20 days out. Onions, cabbage and tomatoes in other areas were doing well. Local livestock markets remained steady to slightly stronger in feeder cattle but slightly weaker in cull cows and bulls. Offerings declined in the last two reporting periods.