Is it just me, or does it seem like our insect pest problems in the forage world are getting more numerous? Let me give you a quick update on some of the many fronts we seem to be waging on bugs. 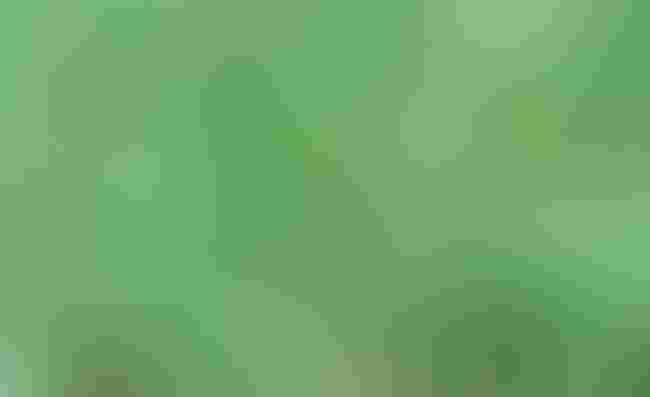 Is it just me, or does it seem like our insect pest problems in the forage world are getting more numerous? Let me give you a quick update on some of the many fronts we seem to be waging on bugs.

Fall armyworm populations are beginning to build. What were sporadic reports the last two weeks have become commonplace this week. But, not all of the armyworms we’ve been dealing with are fall armyworms. This year, true armyworms and southern armyworms have been significant problems. Usually, those two species only cause minor damage in the spring and early summer, then they are done. This year, their populations have seemed to have been higher and they’ve held on a little longer. Now, fall armyworms (normally our biggest problem) are coming on strong. Be out in your fields and scout for these thieves. Regardless of the species, the control options for armyworms are the same.

We have been seeing and getting reports of bermudagrass stem maggot damage all across the southern 2/3 of Georgia. Most folks have cut their second cutting and many have started on their third cut. I’ve had a fairly sizeable number of Agents reporting that they have producers who have gotten 3-8 inches of regrowth on their third cut’s regrowth, only to have it stunted by the BSM. This is often enough regrowth (>6 inches) to shade the base of the bermudagrass such that it won’t try to grow through the damage. As such, this is the worst case scenario, and the only thing for it is to clip the bermudagrass back and use an insecticide to suppress the BSM population long enough for the bermudagrass to grow up.

Many producers have successfully used a pyrethroid to suppress the BSM fly populations. But, timing is CRITICAL! Producers spraying 7-10 days after the previous crop was mowed have found that this one application will protect the crop at least until it is 3-4 weeks old. Meaning: the second spray is not likely to be needed. By the time it gets 3-4 weeks old, the damage done to the top 2-3 leaves at that point would not be enough to justify the cost of the spray and the damage done by the spray rig driving across the field. If it is 3-4 weeks old and starting to show signs of damage, it would be better to harvest the crop and protect the regrowth.

Keep in mind that the more susceptible varieties (common, Alicia, Coastal, Russell, Tifton 44, etc.) are generally not going to produce high yields in late August – October, regardless of whether the BSM is present or not. A late season spray will likely cost $12-15/acre in total costs (product + application), so this means the spray needs to salvage 0.1-0.2 tons of dry hay/acre to break-even. Some of these susceptible varieties would struggle to produce 0.5 dry tons/acre normally, even in the absence of the BSM. My point is, spraying a field that is only capable of producing 0.5-0.75 tons of dry hay/acre may not salvage the 0.1-0.2 tons/acre required to be economical.

I’ve been receiving widespread reports of sugarcane aphids all across the Coastal Plain and the lower Piedmont (GA, FL, SC, and AL). Folks, this is a SIGNIFICANT threat to everything in the sorghum family (forage sorghum, sorghum x sudangrass, sudangrass, etc.).

Preliminarily, the threshold has been set in some states to 25% infested leaves with 50 or more aphids per leaf in the pre-boot stage and beyond. This is a low threshold and we're seeing that surpassed in a large swath across the southern 2/3 of GA. In GA, there is a section 18 emergency exception label allowing the use of Transform WG at 1.0-1.5 oz./acre. This product has proven successful and it has a 7 day grazing restriction and a 14 day harvest interval (silage or grain). None of the other insecticides (to my knowledge) that are labeled for sugarcane aphid control in sorghum allow grazing to occur after application. More on this from one of our Forage Team members.