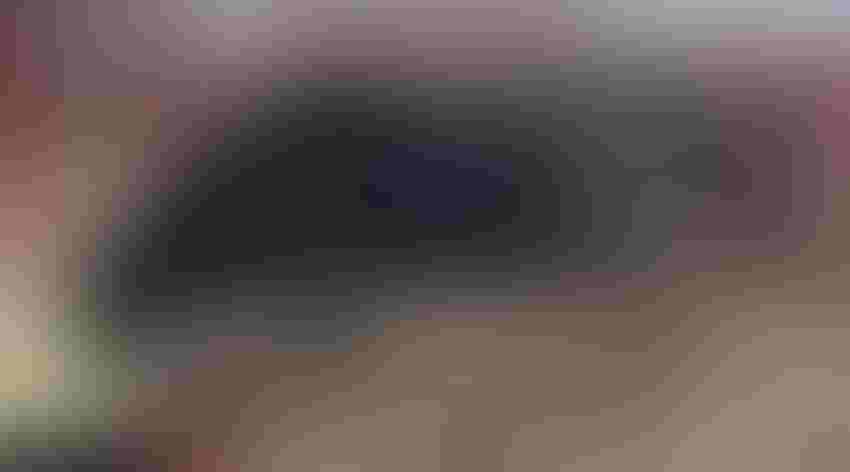 MUDDY CONDITIONS: This beef heifer has mud on her hide and is standing in mud at the feed bunk. Both draw energy from the animal. Photo by Kirsten Nickles

As temperatures sway between cool and warm this winter, many beef and dairy producers may be dealing with mud on their farms. This is especially true in parts of the U.S. that receive greater levels of precipitation in the form of rain or snowmelt.

In addition, animal stocking density, soil type and ground drainage also influence the severity of mud challenges. Many of us can relate to the struggles of walking through the mud and trying not to lose our rubber boots to the suctioning force that challenges us with each step. What about the cows and calves? What kind of stress does mud have on cattle?

The combination of mud and manure accumulation presents a list of potential problems for cattle producers. Extra energy is required by the animals to walk through mud, whether to the feed bunk, water tank or bedding pack. This extra energy demand can affect cattle behavior and their willingness to move throughout different areas of the pen.

Increased mud and manure affect animal cleanliness and the insulative properties of their hair coat, which then require additional energy to stay warm. For fed cattle being raised for beef, this presents potential food safety concerns from carcass contamination from the hide during slaughter and reduced dressing percentages with increased mud-tag scores. Concerns for cow-calf operations are dirty udders that could spread disease and compromise the health of young nursing calves and cause calf losses.

Some research has been conducted using artificially made mud to determine the impact of mud on cattle growth and feedlot performance. Data collected over a three-year period that was published in a 1970 California Agriculture Bulletin, reported a reduced average daily gain and feed efficiency by cattle in muddy pens compared with concrete pens cleaned weekly.

The frequency of pen cleaning can also have an effect on the amount of mud or manure that accumulates. A study published in Livestock Science journal compared the feedlot performance of steers in open dirt pens that were cleaned with different frequency over the course of 195 days (October to May). All pens were provided with fresh straw bedding weekly.

These results may indicate that cleaning of pens didn’t occur frequently enough, pens were not designed to drain appropriately, soil type may have been conducive to producing mud, or the straw bedding mitigated treatment differences.

Sprinklers were used to provide additional rainfall to create wet feedlot pens. Irrigated and natural precipitation averaged 0.17 inches over the 62 days when precipitation was applied during the 109-day study. Average pen mud depth scores increased over time for the unbedded steers (up to 23.6 inches for some), while mud scores for pens with steers receiving 11-pounds-per-square-foot-per-day woodchips only began to increase slightly the last three weeks of the study.

Steers bedded with 11 or 22 pounds-per-square-foot-per-day woodchips had greater ADG than steers with no bedding and resulted in greater final body weights and greater feed efficiency, since dry matter intake did not differ. Steer behavior was different between the treatments and changed over time as well.

After the initial five weeks of the study, steers without bedding increased their frequency of lying down at the front of the pen as opposed to the middle or back compared with steers in bedded treatments. This is interesting as cattle shifted their lying location to compensate for the muddy conditions. This may also be an indication these cattle became reluctant to move further away from the feed bunk in their muddy pen.

Unfortunately for many cattle producers, the timing of the muddy season overlaps calving season. Researchers from Ohio State University presented some work published in the Journal of Animal Science investigating the effects of a muddy pen environment on the energy requirements of cows and first calf heifers during gestation.

Managing mud can be a challenge. Michigan State University Extension recommends producers consider management practices for your operation that allow your cattle a place to escape from muddy conditions and lie down in a cleaner and drier environment. Cattle forced to deal with mud have increased net energy demands to maintain and increase their body weight.