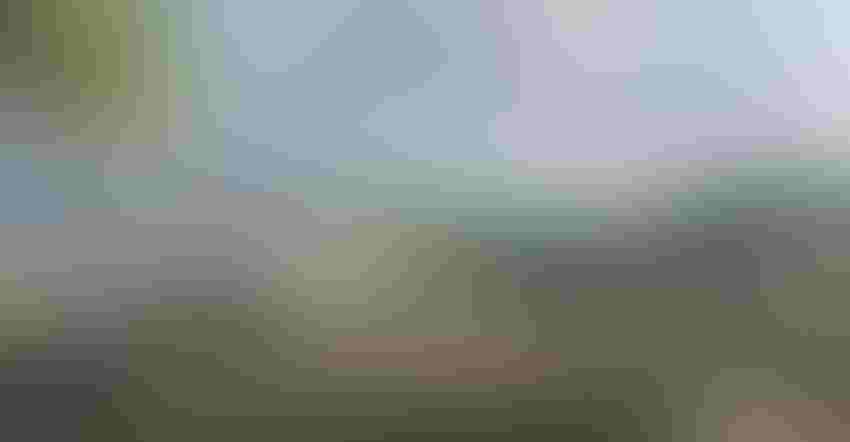 GAME-CHANGER: A bright future for Wholestone Farms in the Sioux Falls area of South Dakota has hit a snag: A group opposing the facility has forced a Nov. 8 ballot measure that prohibits new slaughterhouses within the city limits.courtesy of Wholestone Farms

Imagine being in the middle of a game, thinking you’re on your way to victory. Then, all of a sudden, the rules are changed. That expected victory is now not so certain.

That’s what happened to Wholestone Farms and its proposed $500 million, 3 million-head-per-year hog harvest facility on 175 acres of land near Interstate 229 and Benson Road on the northeast side of Sioux Falls, S.D.

Wholestone Farms has completed a custom butcher shop on the site east of Interstate 229, and plans to start processing 20 to 30 hogs a week. Opposition arose after permits were applied for and granted by the city of Sioux Falls. A group called Smart Growth Sioux Falls solicited enough signatures — 5% of registered voters — to bring a measure to the Nov. 8 ballot for Sioux Falls voters. The ballet question, if approved, would ban the construction or permitting of new slaughterhouses within the city limits.

It’s a classic case of “not in my back yard.” Once the first hog is processed in the custom butcher shop, that should “grandfather” the larger Wholestone project into reality, regardless of the outcome of the Nov. 8 vote.

Of course, the opposition is pushing the issue, trying to halt Wholestone’s custom butcher shop operation. The second of two hearings on a lawsuit brought by Smart Growth Sioux Falls was held Oct. 19.

The legal wrangling continues between the two sides, with Wholestone Farms saying it has done everything to the letter of the law. Meanwhile, Smart Growth Sioux Falls claims the permits should have never been issued.

In early September, the Greater Sioux Falls Chamber of Commerce issued a position on the ballot question for three reasons:

1. Mid-game change. The proposed ordinance would change the rules in the middle of the game for a business that has followed all the rules set forth in the city ordinance, the chamber says.

It also states that when a small group of citizens can prohibit a proposed development by submitting a question to the voters to block said business, serious concerns arise. It creates uncertainty for any future business who may consider locating in Sioux Falls. In short, this is bad for the economic future of the city, the chamber states.

2. No rezoning opposition. The chamber says Wholestone purchased the land three years after the site was rezoned. In 2017, the landowner submitted an application, which was approved by the city council, requesting the land be rezoned from agriculture to an I-2 Heavy Industrial District. The rezone had two hearings before the city council. There was no public opposition to the rezones in 2017.

3. Zoning favored. The people of Sioux Falls approved the city’s current zoning ordinances by 65% in April 2014, the chamber says.

The Shape Sioux Falls zoning ordinance was developed by the city’s planning and zoning team based on input from a survey of 1,500 residents, followed by about 60 public meetings over a three-year period. It went to a public vote, was approved and became effective the same month.

Wholestone Farms CEO Luke Minion has said, “We don’t want to fight,” adding that his company and its hog farmers just want a market for their hogs.

Providing this Sioux Falls market for their hogs will also pump a lot of dollars into the area’s economy, once the plant is up and running and employing more than 1,100 people. Wholestone Farms hopes to be operational in early 2025. Concerns of any new facility are the negative effects it will have on the area. This being new construction, Wholestone Farms will employ the latest in technology to lessen the environmental impact of wastewater and facility odors.

Sioux Falls voters will cast ballots on Nov. 8. If they approve this measure, it will set an ugly precedent for not only South Dakota’s largest city, but also communities across the state.