&bull; &ldquo;This year will be the first since I started farming that I haven&rsquo;t added some land,&quot; says Tippah County, Miss. farmer Andy Milstead.&bull; &quot;But I&rsquo;m not concerned. Right now, with row crops and cattle, I really don&rsquo;t see a need to expand. Rather, I want to do more to improve on what I&rsquo;m already doing.&quot; 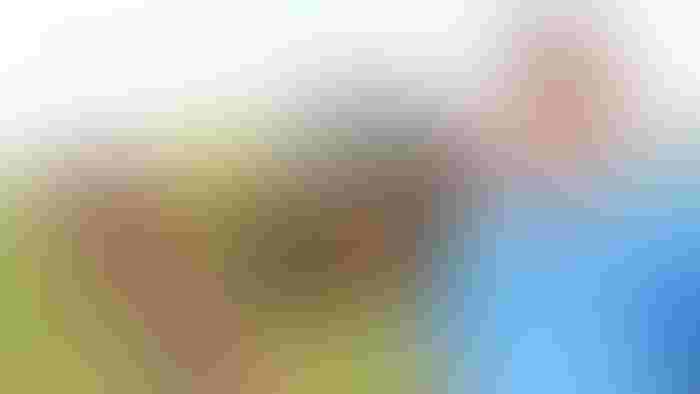 <p> GETTING READY for another season, Andy Milstead makes a burndown application on one of his fields near Walnut, Miss.</p>

Andy Milstead always knew he wanted to be a farmer, the same as his father and grandfather had been here in the hills of Tippah County, Miss., not that far from the Tennessee state line.

“But,” he says laughingly, “my mother wasn’t too happy about my career choice. Dad died in 1999, and Mother thought I ought to put my ag econ degree to work and get a job with a company that had a good retirement program.

“So, after I graduated from Mississippi State University in 2002, I went to work for a big co-op in another state — and it took just two days for me to know that kind of life wasn’t for me. I didn’t have the slightest doubt about what I wanted to do the rest of my life. I knew the farm was where I wanted to be.”

He came back to the family’s home place outside the town of Walnut, rented a small amount of acreage, and has gradually expanded his row crop/cattle backgrounding/trucking operation.

“I’ve been fortunate,” he says. “Things have just fallen into place, and the operation has grown every year. I’ve been able to pick up additional land almost every year, and am now at a size I’m comfortable with.”

Ten years later, he says, “I haven’t regretted one minute of it. I’ve been blessed to have been able to grow, to add a full-time employee, and to be making a living in the community where I grew up. Even my mother now accepts that farming is what I was meant to do and that I can put my degree to work in running an efficient operation and using effective marketing tools.

“Ben Adams came to work with me four years ago part-time, and as business picked up he was able to join me full-time. He’s been a real asset to the operation.”

Now, Milstead is farming 750 acres of row crops and backgrounding 800 head of cattle annually. From 2004 to 2006, he also ran a small livestock feed business, “but as the farm needed more of my time, I decided to get out of that. We’ve also done some custom harvesting and livestock hauling — I recently bought a truck/trailer rig for that.”

Altogether, he farms about 60 different fields, but all are within a 7- or 8-mile radius, “so I don’t have to do all that much moving of equipment.” The largest field is 65 acres, the smallest 1 acre.

“I’ve grown corn, soybeans, wheat, and cotton,” Milstead says. “My grandfather grew cotton, and my father last had cotton in 1981. From the time I started farming on my own, I wanted to grow cotton. Each year, I’d say I was going to do it, but something would happen and I’d put it off.

“Starting in the fall of 2010 everything just fell into place — the weather was good and we were able to get some land bedded up. The price of cotton moved up and in 2011, I planted my first cotton crop. The weather was great, and even with one field that didn’t do well, I wound up with an 830 pound average and was able to sell at a very profitable price. I planted Phytogen 375, which performed really well. With the high corn and soybean prices in 2012, I didn’t plant any cotton, but I will have some this year.”

His cotton is ginned at Farmers Gin at Ashland, Miss., and he sells it through Staplcotn. Most of his grain goes to ADM at Memphis.

Cotton, Milstead says, fits well into his diversification plan. “I don’t like to put too much of my acreage in any one crop. The last couple of years, I’ve tried to get on a consistent rotation program.”

He feeds about 800 calves per year, then sends them to Kansas.

He has a Case IH 1844 4-row cotton picker, which he bought in very good condition from a farmer getting out of cotton (he fondly recalls the long-ago 1-row picker used by his grandfather and father).

“We do most of our own equipment maintenance — even so, equipment depreciation and upkeep is one of my biggest costs.”

Since coming back to the farm, he says, “I’ve relied heavily on Jay Phelps, area Extension agronomist, and he has been generous with his advice and time. Erick Larson, Extension corn specialist at Mississippi State University, has also been very helpful with information and advice, and I worked with him last year on some variety trials.

“Corn yields in 2012 ranged from zero to 200 bushels, with an overall average of about 126 bushels, all dryland. The good spots were really good, but some spots were hurt during the pollination period in late June by 100-degree temperatures and no rain. I planted Dekalb 6469 last year and it performed really well; I’ll plant that again this year, along with some Dekalb 6757.

“I like to plant corn from the end of April to the middle of May and cotton in the first two weeks of May. With seepage out of the hills, our soils stay wet and cold longer than other areas, and we’re usually about two weeks behind with our planting. Last year, with the abnormally early spring, I was able to plant corn April 15, the earliest in a long time.”

He has 220 acres of winter wheat, and most of that will be double-cropped to soybeans. “Wheat yields have been averaging from the low to mid-60 bushel range,” he says.

“We were late getting our soybeans planted last year,” Milstead says, “because a tractor was in the shop. But that turned out to be a bit of luck, because the beans weren’t at a critical stage when the hot, dry weather hit in June.

“Thankfully, it started raining July 5 and temperatures moderated, which gave a tremendous boost to the soybeans. They turned out just wonderful, averaging 42 bushels, with excellent quality.

He planted Progeny 4710 and Pioneer 94Y90 soybeans, but also grew some non-GMO soybeans and got a premium for them.

In 2012, Milstead says, he started using futures and options to as a pricing tool to take some of the risk out of marketing.

“Last summer, when the drought hit the Midwest and grain prices started skyrocketing, Keith Morton, a friend who farms in this area, and I went to Chicago to visit ADM Investor Services and the Chicago Board of Trade, and I was able to get an even better understanding of these marketing tools. I remembered the summer of 2008 and what happened after grain prices exploded — similar to what they did last summer. I let a lot of opportunity pass me by in summer 2008 and I didn’t want that to happen again. I expect to continue using futures and options in my marketing program.”

In 2011 he began using GPS equipment on his sprayer and combine, Milstead says, and this year he will add auto-steer to a tractor and swath control and a population monitor to the planter.

“Some of the land I’ve rented was in poor condition, so I soil test regularly and base fertility on the test recommendations. I’m not 100 percent variable rate yet, but I’m working toward that and hope to reach that goal in another year. I hope to utilize more of this technology going forward to get more accuracy and efficiency in my operations.”

He has used some poultry litter in his fertility program and says, “I really like it — in 2011, it was about 80 percent of my fertilizer. But it just depends on the availability and which is priced best, litter or commercial fertilizer.”

He says he has had no problems thus far with resistant weeds. “I’ve been using residual chemistries and rotating them, and I’ve not had any issues with weeds. My land is split about 50/50 between no-till and conventional tillage. I’ve had no significant problems with insects — some stink bugs in beans and an occasional treatment for plant bugs in cotton.”

He has been backgrounding cattle for the past 10 years and has been partnering with Geno Farms at Jumpertown, Miss. for the past seven years.

“The cattle have really been good to me; they help to diversify the operation and spread risk. In some years, the cattle contribute as much income as the row crops; in other years, it’s the reverse. In 2007, I didn’t make a penny from row crops, but things were good with the cattle.

“We buy Charolais/Angus crossbred steers and heifers at local sale barns, feed and graze them for a few months, then send them to a feed yard in Kansas. We usually own them for about a year from start until finish. We usually hire the hauling, but are beginning to do it ourselves.

“We buy hay from our neighbors and use some of the corn grown on the farm for feed. We mix our own feed with the corn we grow and other cotton and corn by-products. I also plant ryegrass in the fall, which provides good grazing through the winter and early spring.”

There’s not much land that comes available in the area, Milstead says, which limits opportunities for expansion.

“Years ago, a lot of the good farmland hereabouts went into the government Conservation Reserve Program. From my pasture, I can look across to what was some of the best land in the county, now in pine trees.

“This year will be the first since I started farming that I haven’t added some land, but I’m not concerned. Right now, with the row crops and cattle, I really don’t see a need to expand. Rather, I want to do more to improve on what I’m already doing. I’ve got a lot of plans going forward — more grain storage, a shop building, etc.

“As today’s farms go, mine isn’t a large operation. But then again, we are profitable and making a good living for me and Ben. I’m doing what I’ve always wanted to do. God has blessed me with a lot of great friends and neighbors, who’ve helped me from the day I started. Without them I wouldn’t be in business today. They’ve loaned equipment and helped in other ways, and anytime I can help them out, I’m happy to do so.”

Custom planting may be good option this year