The soybean looper is difficult to control because entomologists don't know much about the migration pattern of the pest. Moreover, the pest has developed resistance to a number of insecticides which makes control difficult. 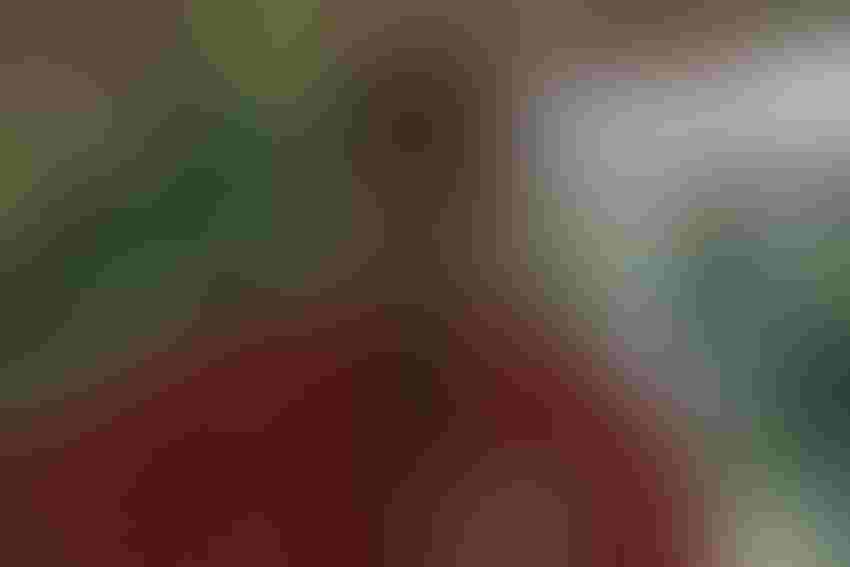 North Carolina State University Extension Entomologist Dominic Reisig says the soybean looper is difficult to control because it has developed resistance to a number of insecticides and entomologists don’t understand the migration pattern of the pest.

Dominic Reisig calls the soybean looper a tough little critter that is difficult to control because entomologists don’t know much about the migration pattern of the pest.

Reisig, the North Carolina State University Extension entomologist, noted at this year’s Blacklands Farm Managers Tour at Green Valley Farms near Columbia, N.C. that the soybean looper doesn’t over winter in North Carolina and must migrate from southern latitudes up north. Moreover, the pest has developed resistance to a number of insecticides which makes control difficult.

“I don’t know if soybean loopers came from Georgia, Florida, Puerto Rico or Brazil. I have no idea, but they have been exposed to insecticides and we have to treat them. What in the world do we use? ” Reisig said at the Blacklands field day.

“You have to think about looper biology,” he said. “They’re feeding on the bottom of the plant and moving up the plant, so when you’re looking at defoliation, you don’t want to just drive by your field and say I have leaves on top of my canopy because you may be missing something that is down below.”

Related:‘It looks like a bomb went off’ on Texas Gulf Coast

North Carolina soybean farmers need to have three feet of canopy. “The soybean plant doesn’t care if you have that three foot of canopy on the bottom, middle or top of the plant, you just want that foliage to be there lapping in the middles. You want to preserve that,” Reisig stressed.

N.C. State’s defoliation threshold guide is 15 percent defoliation after bloom. “You can probably tolerate much more feeding than this if you have a good initial canopy without seeding yield loss,” Reisig says.

In blog postings, Reisig has noted that soybean farmers can tolerate even more defoliation once R6 is reached. “Don’t get too jumpy if you are borderline, but you should try to strike a balance between defoliation of your canopy and being sure that you are able to make a good application on larvae that are medium to small in size,” he explains.

Soybean loopers are difficult to control not only because of resistance to many insecticides but because they feed in the bottom of the canopy. “In addition to using our thresholds, we really want to ensure we have adequate coverage. If an insect is feeding on the bottom of the plant, we want to make sure we get the insecticide down to where the insect is feeding,” Reisig emphasized. “A lot of the supposed field failures are probably just the result of an application that didn’t get the insecticide where it needed to be.”

Preserving natural enemies of the soybean looper is key.

“We want to use caution with some of these chemicals,” Reisig emphasized.

“I can’t tell you how the soybean looper is going to react to insecticides this year. I don’t know where they are coming from. There are plenty of cases where these chemicals work and there are a few cases where they don’t. Just use them with caution. If you’re going to use these chemicals, make sure you are using the labeled rate. If you look at these insecticides, the labeled rate for loopers is always higher. This is a tough insect to kill. You want to make sure you use those higher labeled rates.”