Work seeks alternatives to the broad-spectrum insecticides that regulators continue to restrict or ban. 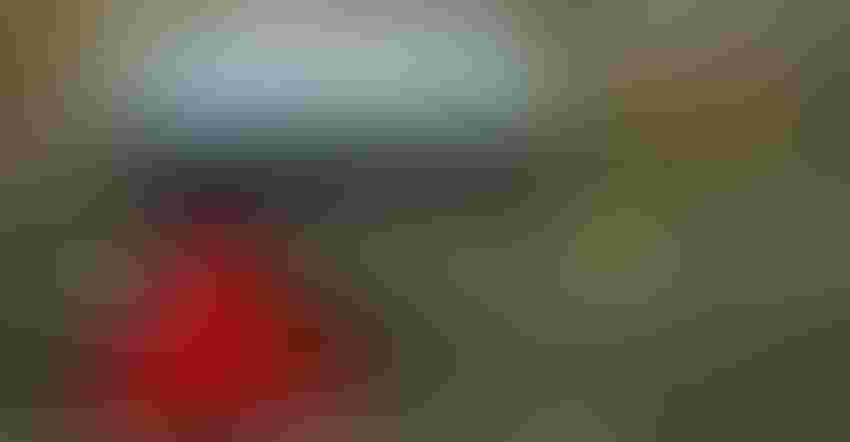 Infrared sensors count ants as they travel on polyethylene irrigation pipe. The sensors were developed in coordination with FarmSense, an ag technology company, to count ants in the field to help determine critical thresholds for placing insecticide-laced hydro bead gels in the orchards. All this is part of work under way at UC Riverside.Mike Lewis/UC Riverside

Ant control in agricultural systems is part of an ongoing effort by researchers at University of California, Riverside to improve biological control in citrus and other crops.

Grant funding from the California Department of Pesticide Regulation and California Department of Food and Agriculture is aiding biological control studies after the state banned chlorpyrifos, a useful insecticide employed by farmers to control insects in a host of crops. Work by researchers seeks to find effective alternatives to the broad-spectrum insecticides that regulators continue to restrict or ban. Of these alternatives is the ability to employ effective biological control, or integrated pest management (IPM).

Mark Hoddle, Extension entomologist, and professor in biological control at UC Riverside, is looking at how controlling Argentine Ants in agricultural systems can aid in the effectiveness of natural enemies to pests like the Asian citrus psyllid (ACP), mealybugs, soft scales, aphids, whiteflies, and cottony cushion scale.

The ant is attracted to sap sucking pests, which excrete a sugary waste material known as honeydew. The ants feed on the honeydew and are defensive of any attempt by beneficial insects to feed on or parasitize their sugary food source. According to Hoddle, the ants are so effective in protecting the troublesome pests that they can significantly reduce the effectiveness of natural enemies.

Hoddle saw this when he introduced the Tamarixia radiata, a natural enemy of the ACP in southern California. The Tamarixia is a tiny parasitic wasp that lays its eggs in ACP nymphs. As the Tamarixia matures it feeds on its host ACP, killing it. If the Argentine Ant is present, it will attack the Tamarixia and prevent it from laying its eggs in those nymphs.

“You can think of them as guard dogs,” Hoddle said of the ants. “This hurts our IPM efforts.”

Hoddle and a team of scientists developed a hydrogel bead that encapsulates a tiny dose of insecticide that these Argentine Ants feed on and take back to the colony. The goal with the hydrogel is not to achieve an immediate kill, but to carry enough of the toxic material back to the ant colony where ants ingest enough of the toxin and eventually die. The goal is to get this toxin back to the queen.

The hydrogel beads are made of biodegradable materials. Infused with a 25% sucrose solution and 0.00001% of an insecticide, the ants feed on them and take the laced sugar water back to the colony, where over time the colony is exposed to enough toxic materials and dies. He said the nest will collapse within two to three days.

Another facet of Hoddle’s work includes the tedious effort of counting ants. He does this to ensure that he can target ant colonies with the insecticide and prevent placing these small beads where they are not needed.

Because any good part of an IPM program is understanding pest densities, research students would sit on the ground for long periods, counting ants on these irrigation lines and tree trunks. The ants learned how to use the above-ground irrigation lines as a “superhighway” of sorts. Hoddle says the plastic irrigation tape made it considerably more efficient for the ants “to run along the highway and take their exit at the tree.”

Over time the team developed sensors to replace the work of human eyes. The sensors are analogous to a door beam that sounds when the door is opened. With the sensors, researchers are now able to count ant populations more accurately in near real time and determine if critical thresholds are being met to apply the hydrogel beads.

“This was a real game changer for us,” he said.

The sensors are GPS tagged, allowing researchers to specifically target areas of a citrus grove where ant populations are at or above critical levels.

Hoddle says he is close to learning how many sensors he needs to employ to reliably estimate ant populations and therefore address those colonies with the hydrogel beads.

“We want to be as efficient as possible,” he said.

Researchers are also looking at how cover crops can have a positive effect on beneficial insect populations and aid biological control. Natural enemies for the kinds of critical citrus pests that growers seek to manage can be two to three times higher in those groves where there is close access to flowering plants, he said.