Changes may occur in varieties grown along the West Coast, weather expert suggests. 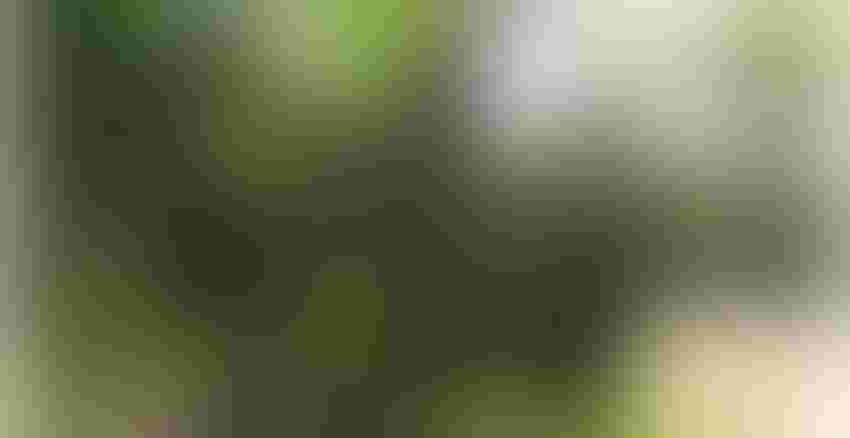 Weather prediction quotations are numerous, including this one from 19th century English art critic John Ruskin: “Sunshine is delicious, rain is refreshing, wind braces up, snow is exhilarating -- there is no such thing as bad weather, only different kinds of good.”

Farmers who prosper or falter based on weather conditions might have a few words to add to that thought, words like those from internationally known wine climatologist Greg Jones, Director of the Evenstad Center for Wine Studies at Oregon’s Linfield University.

For over two decades now, Jones has been disseminating a monthly Weather and Climate Report [linfield.edu/wine/weather-and-climate-reports.html] that goes out to thousands of readers over the western U.S. and looks at both the past, current conditions, and a bold forecast of the future.

Jones, a contributing author to the Nobel Peace Prize-winning Intergovernmental Panel on Climate Change Report, studies the effect that climate changes have on vine growth, fruit production, and the resultant wine quality.

As reports of bud break began to trickle in from southern Napa, parts of Sonoma, and some from the Central Coast near Temecula, Jones sat down for a one-on-one interview with Western Farm Press.

“The biggest short-term challenges right now involve the possibility of unexpected cooler air into areas prone to frost, so short-term, that could be a California grower issue,” he said. “In parts of Oregon and Washington, we’re still a ways away from historical bud break, about mid-April, although if warm conditions persist, we could see that happen a bit earlier than usual.”

Not only does Jones publish a short-range climate forecast, he’s one of the more adventurous prognosticators who trend some 90 days into the future.

“When you predict this far out, you’re really talking about what current conditions might foretell in terms of the odds of something happening,” he said. “In the Western U.S., to this point, we’ve had a winter much warmer than normal although in the Pacific Northwest, the first half of winter was relatively mild while February was our coldest month with March looking pretty close to average.

“California should remain relatively dry, on top of the fact they’ve largely been within a pretty heavy drought structure for quite a while,” he said. “Odds are that there will be a slow warming trend into April, then getting into above-normal into May precipitation. That doesn’t mean we’re not going to get some heavier rain events, but I don’t think we’re going to have dramatically more than the kind of what we would normally see.”

As the trending index continues to lean toward warmer and drier, some grape varieties may not appreciate that warming with necessary changes occurring in grape growing along the West Coast.

“Looking back on what history has already done, from 50 years ago to today, we’re operating in a different climate and previous farming methods had their own changes to adapt to,” Jones said. “Today we have better technology and practices to work within that changing vineyard.

“As we go forward, we expect to be working in a much warmer environment,” he said. “If we warm in the next 20-30 years the same amount we’ve warmed in the last 20-30 years, we’ll have some pretty significant things to be considered, like alternate varieties that can better withstand heat and drought. As we move into the future, the question comes down to when do you do this. It’s not something you turn around on a dime, although we need to be paying attention and trialing varieties that have potential as climate continues to warm, incremental changes in vineyard management would allow slow adaptation.”

Jones says that if he owned a few thousand acres of vine, he would be a combination of optimistic and pessimistic for the new growing year. “There are going to be a lot of changes in society coming out of the pandemic and in the wine industry as well.  Pessimistically there are lingering concerns about fire and smoke and the hope we have a year without those.  Optimistically, it’s a new calendar with a genuine sense that each year will bring something new and different. We have to embrace that and run with what Mother Nature gives us.”