Opportunities for both long and short-term investments were offered at the South Carolina AgriBiz Expo held in January. 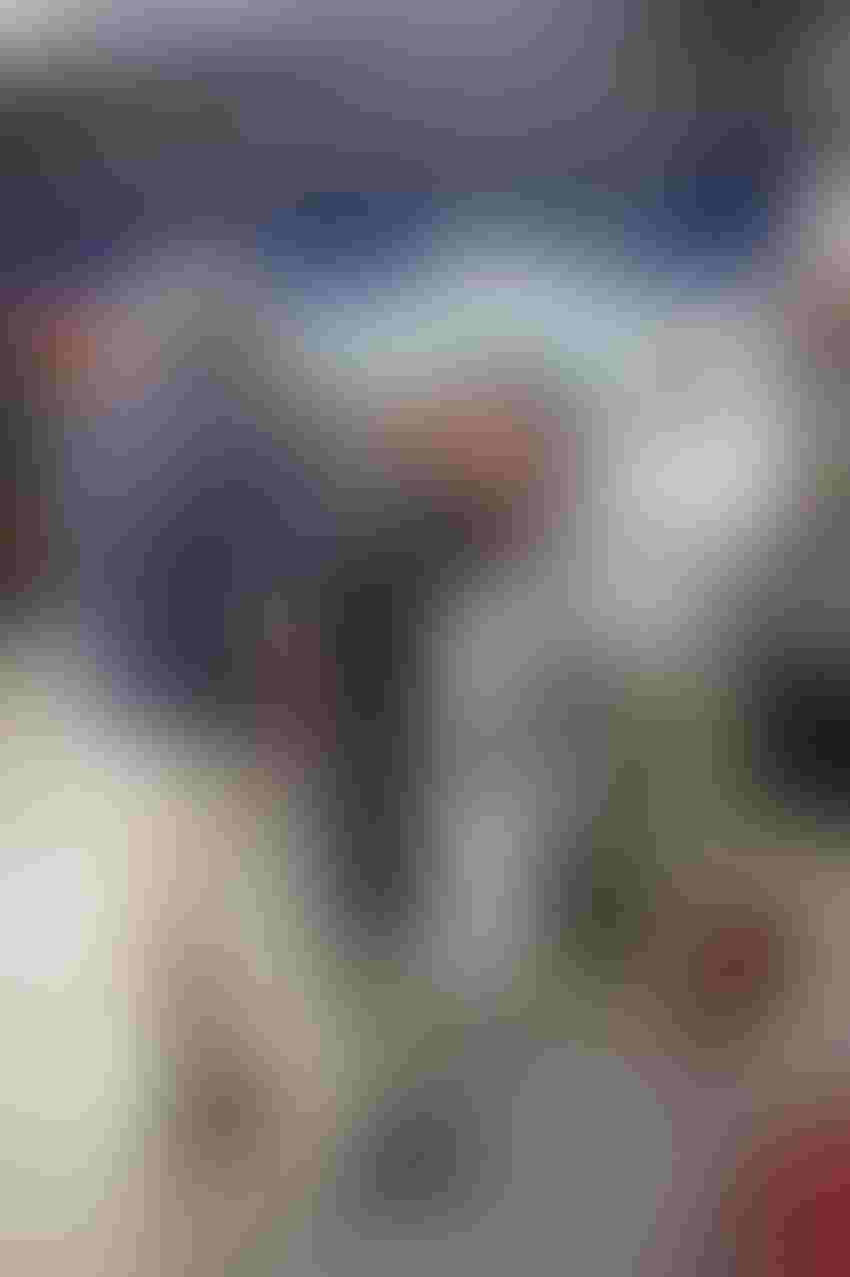 With the price outlook for many commodities still appealing, the farmers who came to the South Carolina Agribiz Expo in January seemed willing to make needed investments for an efficient operation. But many were looking for inputs that had potential for a quick payback.

Keith Allen and Garret Byrd of Latta, S.C., were looking at irrigation. “We are thinking about investing in irrigation,” said Allen. “We are looking for increased yield in a dry year.”

But if irrigation won't give that, “We're not interested,” he said.

But with corn prices softening over the past few months, demand for new systems has declined as well.

“We have seen a little softening, but it is still too early to tell [how long it will last],” Mills said. “We have had some other activities going on with late planting and harvest and that is pushing folks back in terms of making decisions. But we are still confident that things will be positive in North and South Carolina (for irrigation in 2014).”

An expected upswing in the timber business seems likely to mean good business for companies that provide products for reforestation. One such company had a popular booth at the Expo. Bodenhamer Farms & Nursery of Rowland, N.C., introduced visitors to its containerized pine seedlings.

“We raise long-leaf pine seedlings for reforestation now, and next year we will have loblolly pine seedling as well,” said Aaron Bodenhamer. “Foresters are our main customers."

The heavy rains this summer did not affect their seedling production. “Our seedlings are grown in containers in tee rails off the ground,” said Aaron.

Business is going well, and in 2014 Bodenhamer is upgrading its trays in response to customer demand. “There are new timber mills coming on line, and that will mean more need for reforestation.”

He reported that there was definitely interest in hay equipment at the Expo, especially purchases that could increase efficiency and/or quality.

“Some farmers are interested in getting bigger equipment to increase their speed in making hay,” Adams said. “Some are aiming at taking steps to make a better quality square bale. We do custom planting of bermudagrass, and we sell bermudagrass hay. We also do a little erosion control work.”

Business has been good lately, Adams said. “The market now is fairly steady for planting grass.” When Southeast Farm Press visited, Adams was discussing possibilities for the coming year with Lionel and Michael Benton of Darlington, S.C.

Coastal bermuda is a fine choice for feeding livestock, said Adams. “It is a permanent grass. Some of our pastures are over 40 years old. But you do have to maintain it. Give it the care it needs, especially fertilizer and weed control, and you will have a good pasture for years to come."

Joe Gallagher of Forage Grass Farm from Fairfax, S.C., was pointing out the strong points of Tifton 85 bermudagrass. “It is a much improved variety over coastal bermuda,” he said.

But it takes management. “You have to plant Tifton 85 when it is all greened up--you can't plant it when it is dormant,” he said. “So not much is planted in January, February and March. Most is planted between April 15 and August 30.”

Pasture sprigging hasn't been doing so well for the last three years because of shrinking cattle numbers, said Gallagher. “But I see signs of improvement. A runup in cattle numbers would certainly mean a need for more pastures.”

Just before the Expo, an unexpected blast of intense cold swept South Carolina, and there was some effect on vegetable crops. South Carolina Ag Commissioner Hugh Weathers, said, “That cold weather came though like a train. Then it was gone and (we had) 70 degrees. There was damage across the state.”

Greens – especially young plants that didn’t have cover – were the worst off. Some may have been pulled since then. “But those who covered or had the high tunnel barns seemed to see some help from that,” said Weathers. "One farmer had a 12 degree difference between under the barn and outside.”

There will be benefits from the cold weather, he added. “Our peach trees do need cold temperatures for an extended period of time for the crop to set for the following year.”

For grain crops, this weather won't have a big impact, he said.