Trucks and tractors rely on the fuel, but biobased alternatives can cut greenhouse gas emissions and offer new market opportunities for farmers. 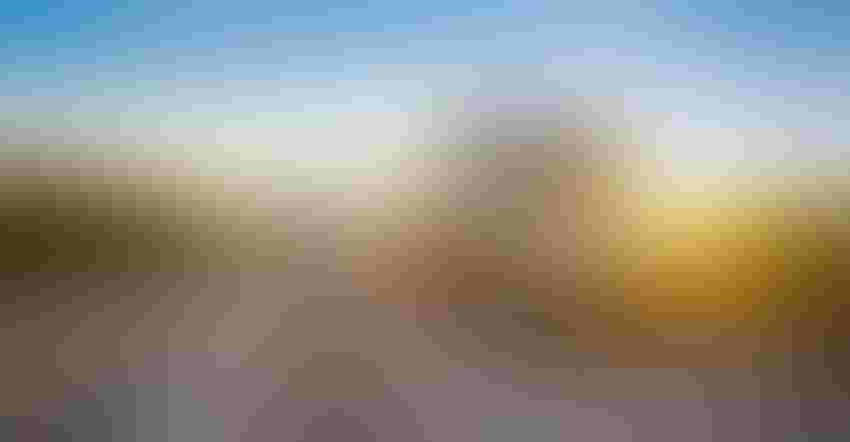 RELIABLE POWER: It turns out switching big rigs to biobased diesel can move the needle to reduce greenhouse gas emissions rather than a move to electrification. The same is true for off-road vehicles like tractors. Those biobased products rely on farm-raised oils like soybean and canola.5m3photos/Getty Images

A lot of U.S. commerce rides on diesel fuel. It's a fact that's sometimes overlooked in the climate conversation. And the challenge is that replacing that diesel-power with alternatives isn't as easy as it may be for smaller vehicles.

During a recent Diesel Technology Forum virtual conversation, a more comprehensive look at the future of diesel power was on tap. "We feel diesel is part of the clean air future," says Ezra Finkin, policy director, Diesel Technology Forum. He points out that it is hard to "decarbonize" transportation sectors that rely on diesel engines and fuel.

A look at the numbers shows that 60% of diesel is consumed by trucks and buses. The rest of the diesel pie is sliced up by ocean-going vessels, railroads, utilities, oil companies, residential users, off-road equipment (including agriculture) and the military.

Yet there's hope, Finkin points out, noting that replacements for diesel — including biodiesel and renewable diesel — can make a difference. The key being that electric- or hydrogen-powered trucks aren't going to replace all this commerce anytime soon. But there are some bright spots.

Looking at California's work to reduce CO2 emissions, alternative fuels ranging from biomethane to ethanol to biodiesel made a difference. In California, greenhouse gas emission reductions from renewable diesel and biodiesel beat electrification 4 to 1. "It takes a diesel engine to generate low-cost climate benefits," Finkin says.

And that's the point, whether it's a tractor on the farm or a semi-tractor moving goods over the road: Diesel power is an efficient use of energy. The emissions from the energy in the form of greenhouse gases are based on the use of petroleum-based diesel. Replace that with another form, and there can be significant impact. And it may require faster action than some realize.

The power of compounding

Compound interest can be a useful tool in finance. Park some money somewhere with a nice interest rate (if you can find it) and over time, it grows in value. But there's a negative look at compounding at work in the greenhouse gas world, according to Dave Slate, Renewable Energy Group executive director, biofuel technology and services. "There's an idea that's being overlooked, and it's not discussed when making policy," he says. "But it's an idea that shows why we have to move fast; there's some urgency here for reducing greenhouse gases."

Slate points to a concept called cumulative carbon accounting. It works kind of like compound interest with money, but this time you're looking at compounding carbon in the atmosphere. "Acting earlier in financing can get you a benefit in dollars saved, but it has more profound effect if you invest in carbon reductions," he says.

He notes that 1 ton of carbon emissions per year for 10 years does not equal 10 tons of carbon impact by the end of the decade. The key is that once that carbon is in the atmosphere, more emissions just pile on top of that, increasing the climate impact. That 1-ton-per-year model is actually 44.9 tons of impact in 10 years, not 10 tons, Slate points out. "The earlier I reduce CO2 emissions, the more I get rid of the compounding effect," he says. "The impact opportunity is greatest earlier in the period."

The role of biobased diesel

Acting earlier and deploying biobased diesel — whether renewable or biodiesel (both made from the same sources, but with different processes) — can have the biggest impact. "The cost to implement is inexpensive because we can use it in equipment we already have," Slate says.

He runs the numbers, showing that biobased diesel means fleets don't have to wait. These fuels have 94% lower direct fossil carbon emissions than petroleum diesel; they're a "drop-in" solution for existing engines; and they bring immediate reductions in carbon, helping avoid that compounding problem.

The key is ramping up capacity to meet the need. Today, there's about 3.2 billion gallons of capacity on line, with several announced plant expansions for creation of renewable diesel. That would bring capacity to 5 billion gallons by 2023, Slate notes. About 54% of the feedstock for biobased diesel is soybean-based. Several processes rely on used cooking oil, canola oil and dried distillers grain (DDG) oil — the key would be improved production.

Could electric trucks fill that void? Slate showed information that in California electric Class 7 and 8 tractors — even with an aggressive sales target — would hit about 6% of the market by 2040. And electricity is only as clean as the grid, a fact that is often overlooked in the electric vehicle conversation.

In his presentation, Slate notes that even in California, the state still projects a multibillion-gallon diesel market beyond 2040.

For farmers, the rising interest in biobased diesel products — either biodiesel or renewable diesel — brings more market opportunities. It's a market development worth watching.