Think DifferentThe biggest hurdle to farming with a lot of residue in a northern climate is mental, says Dan Ley, a grain, dairy and hog producer from Richmond, Minn. Ley has raised corn, soybeans and alfalfa with no tillage for eight years. He also plants cover crops. The major obstacle in shifting to no-till was &ldquo;between my ears. You need the right mindset &mdash; and forget preconceived ideas. Make the mental commitment.&rdquo; 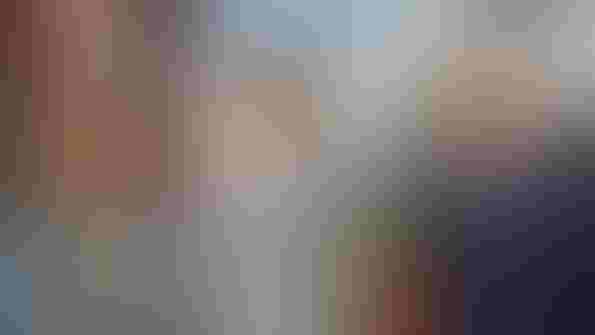 Meet three northern Corn Belt growers whose farms are islands of residue in a sea of tilled black soil. Despite cool, wet springs and a short growing season, these central Minnesota farmers have learned how to sustain their crop yields in high-residue environments.

The growers raise row crops on hilly terrain that’s vulnerable to water erosion. The region has suffered four consecutive years of pounding rains at planting time — intense storms that have dumped 2-5 inches of rainfall in a few hours and carried away tons of topsoil, says Brad Wenz, soil conservationist for the Stearns County, Minn., Soil and Water Conservation District. Climate models predict more of the same.

Yet, these farmers — unlike many of their neighbors — have seen little soil loss, Wenz says. Their secret? Strip-tillage, a form of modified no-till that leaves two-thirds of the soil surface undisturbed and covered by crop residue.

Successful strip-till, like any new practice, takes experience, these growers say. “It can be a big learning curve, but it will be worth it,” says Dustin Frieler, a strip-tiller from Greenwald, Minn.

Frieler, his dad Tom, and their partner, David Schoenborn, grow about 4,000 acres of corn and soybeans in central Minnesota. “We farm a lot of hills,” Dustin Frieler says. “We’re seeing a lot less runoff with strip-till. And when we dig between the rows, under the residue, we see a lot more earthworm holes, so water infiltration has to be better.”

He points to other strip-till advantages, too:

In addition, Frieler says, crop residue between the rows preserves moisture in the summer. Residue also increases the soil’s capacity to carry heavy equipment, reducing the pinch-row effect from the planter. Strip-tilled fields can usually be planted a day or two before conventionally tilled fields, even if it’s a bit wet, Frieler says, because the residue improves traffic-ability.

Frieler, who has been strip-tilling for seven years on about 750 acres, runs a 12-row Krause Gladiator, which is aggressive enough to handle 240-bushel continuous corn residue. He builds strips in the fall, banding phosphorus and potassium about 8 inches below the cleared strips with a Montag fertilizer applicator. On heavy clay-loam soils, he bands NH3 + N-Serve at the same time. On lighter ground, he does in-season split nitrogen applications.

Shape of the strip is crucial

A big part of effective strip-till is “figuring out how to produce the correct strip to reduce erosion and make it planter friendly in the spring,” Frieler says. “The shape of the strip is very important.” It needs to be mounded up at least 3 inches so water doesn’t wash down it during heavy rains. That’s what happened the first year he tried strip-till. The berms settled over the winter, forming channels ideal for transporting water and soil. The following spring, “We had to cultivate it all up.”

Building a tall berm is essential if you strip-till in the fall, agrees Joel Lauer, who raises corn, soybeans and cattle on sandy soils near Clearwater, Minn.

Joel and his father, Richard, have been strip-tilling since 1992. For 20 years, they built their strips and banded nutrients in the spring, just before planting, using a coulter system. “That greatly reduced washouts on slopes,” Joel Lauer says, but it was always a struggle to get timely fertilizer deliveries in the spring to keep ahead of the planter.

So in 2012, they switched to fall strip-till for corn, using a Krause Gladiator to build berms about 8 inches wide and 5 inches tall. The raised berms dry out really well in the spring, Lauer says.

Fall strip-till has eliminated fertilizer delivery snags at planting time, but the switch has come with some disadvantages, too, Lauer says. “With our sandy soils, we don’t want to put nitrogen down in the fall. We need a way to get nitrogen into the strip in the spring, prior to planting. This is our biggest challenge and the weakest link in the program.”

The Lauers apply 10-34-0 starter fertilizer in the seed furrow, and sidedress UAN 28% in-season. But “we are losing yield as compared to spring strips with nitrogen in the strip,” Lauer says. Now, he’s looking at tools such as a Yetter Strip Freshener or an AgSynergy coulter to apply 45-60 pounds of nitrogen just before seeding corn.

For soybeans, the Lauers still build some of their strips in the spring. “We run out of time in the fall to get it all done.” They build a shorter berm for spring strips. Although strip tilling soybeans doesn’t necessarily boost yields compared to no-till, Lauer says, it enables them to place P and K in a band for more efficient use. And planting in the strips with their planter is quicker than drilling, he adds.

After more than two decades of strip tillage, the farm’s sandy soils “seem to be evolving and improving over time.”

John Christen prefers to leave his soil and residue completely undisturbed over the winter to protect his sandy loam soils.

Christen, who raises corn, soybeans, wheat, and alfalfa near Albany, Minn., started strip tilling in the spring of 1992. A Halloween blizzard the previous fall had dumped two feet of snow on central Minnesota. “I couldn’t do any tillage that fall.” He’d been reading about no-till and decided the circumstances were right to try it. There’d be fewer rocks to pick, he reasoned, “and I wanted to keep soil from blowing and washing away.”

For corn, Christen builds strips and deep bands nitrogen, phosphorus and potassium (40-40-40) in April or early May with a Dawn strip-till machine. “There’s less chance for the strips to wash out in the spring,” and the cleared seedbed warms up just as fast as ground that has been conventionally tilled, he says. A day or two after strip tilling, he plants corn, applying 3 to 4 gallons of 10-34-0 in the seed furrow. He sidedresses 60 to 80 lbs./acre of nitrogen in-season. For soybeans, Christen broadcasts phosphorus and potassium, then drills soybeans directly into standing corn stalks on 15-inch rows.

Strip till has gone over well with most of his landlords, Christen says, and even helped him rent some new ground. “Landowners like the way soil stays in place during our big spring rains.”

If you’re considering strip tillage, Christen says, keep in mind that “you will make mistakes. The important thing is that you learn from them. Don’t give up.”