Engineers are looking at how users connect with equipment in new ways to make operation easier.Key driving force for user interface change the need for easy to use functions on a tractor display.An important feature for the new 4600 Command-Center is contextual help. 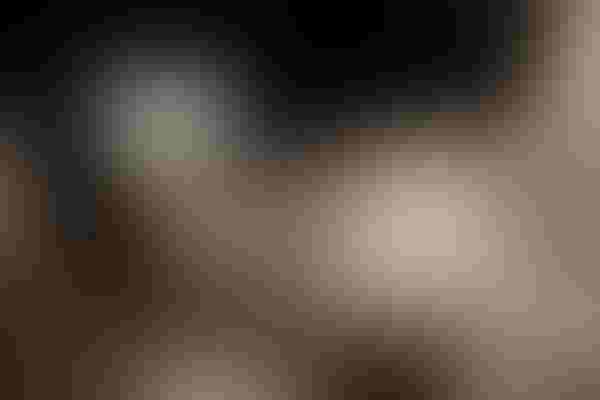 The video monitor as part of a tractor cab is commonplace these days. It's where you track how your machine is working, and in many cases look at a lot of other issues too from guidance to engine management. Farm Industry News got an early look at the future of these kinds of displays with the new John Deere 4600 Command-Center, which offers some key physical differences over its GS3 Command-Center predecessor, but the big changes are in how you work with the system.

In a demonstration of the system ahead of its August launch, we got to see how the user interfaces with the tractor is making a shift at John Deere and you can blame your smart phone. "More people are using smart phones and that guided our redesign of some of the user interface elements found on the Generation 4 Command-Center," says J.C. Funke, product manager, John Deere.

The operative word, Funke says, is 'easy,' which in John Deere's case is a new four-letter word they like to hear. The company engaged an outside user interface consultant who assisted with the display and control design and offered insight into making things easier for the operator. And the system was tested too. "We worked with more than 200 farmers to test this and finalize the design," Funke says.

Buying a tractor is about getting the right horsepower and other implement interfaces right, but the day to day living with a machine comes down to how easy it is to fine-tune practices or monitor machine performance. Simplifying the interface makes living with the machine easier too.

For the new 4600 Command Center, which will have a 10-inch display, and be featured on the new 7R and 8R Series Tractors for 2014, the interface is all new, but don't panic. Even for a novice (dare we say ag journalist) setting up the system looks easier because the interface is familiar if you're already using a smart phone or tablet today. The simple button icons drive you to specific tasks you can set up.

Funke says that the farmers who tested this system found themselves more willing to try different features. "We had one user whose father used his tractor and worked with a set of written instructions he never deviated from," he says. "That user, after a short time with the new Command-Center, found himself better able to set up the machine and he was very comfortable with it."

One key issue is that sometimes you need help when setting up a function on the system. The new Command-Center offers contextual help - in other words the right help information comes up for the screen or step you're on. That's faster and better for a user of any system when you have onscreen help at your fingertips.

Funke notes that dealers will hopefully get less phone calls from users at key times of the year because the help is available on the monitor. Having that help more readily available will also allow the user to educate themselves more easily on specific tasks to become better acquainted with what you can do.

You'll note in the photo that there are some keys below the monitor the user can access to perform certain functions. "Those are shortcut buttons that users have for some functions on the monitor," Funke notes. Touch screens and dirty hands don't always work together, this helps out with that situation.

App-like icons, contextual help, fast access menus are all at work in this new control system for the latest John Deere tractors. "We built this fresh from the ground up with easy in mind," Funke says.