Here's what you should know when something goes wrong inside a grain bin. 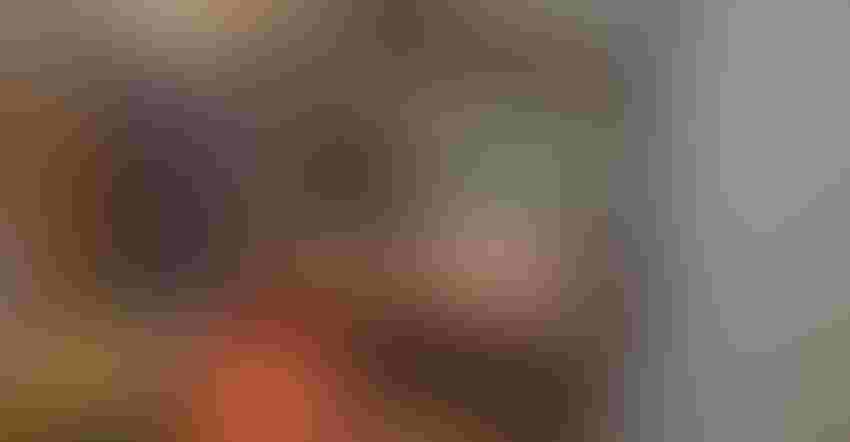 GRAIN MOISTURE MATTERS: If corn wasn’t dry enough when binned, correcting issues that might develop with aeration will be tougher. Checking moisture of grain on the surface while monitoring can be useful.

If you have grain in storage, you owe it to yourself to monitor it regularly. Gary Woodruff says that’s usually at least every other week during the winter and once a week once it begins warming up.

Woodruff is a grain conditioning expert and district manager with GSI. What should you do when problems show up during routine monitoring? He advises thinking about safety before you do anything else.

Farm Progress posed these questions about situations you might encounter in grain bins. Here are Woodruff’s answers:

What different problems could you find while monitoring grain? Grain in good condition has a pleasant smell of its own. You likely have an issue if you notice any of the following: an off odor such as a musty smell, surface crusting where kernels cling together and aren’t free to move, signs of mold growth, water condensation or dripping from the bottom of the roof, evidence of insect activity, and water leaks in the roof around the vent and roof entrances.

What action would you take for each problem? With an odor, crusting, mold growth or condensation, the first thing to do would be turn on aeration equipment. If the peak hasn’t been pulled down to the height of the grain at the wall or further, do this as quickly as possible to promote airflow in the middle of the bin. With today’s larger bins and recent tendency to store above the safe 13% to 15% moisture range, it’s highly unlikely this action will stop any of the issues involved. But it may help limit further quality deterioration from heat and moisture accumulation, and if caught in the very early stages, it may stop further deterioration. If the issue doesn’t go away and stay away after a day or two, further actions will be necessary.

With any signs of insect activity, go to the closest university’s website and investigate putting in insect traps to determine the extent of the infestation. If it’s obviously bad or traps show an issue that needs attention, it may be time to fumigate or otherwise treat the corn. Refer to university recommendations to protect the grain.

About roof leaks, any mechanical leak such as a hole, loose bolt or failure of caulking needs to be repaired immediately.

Which of these problems might not need action now but would require more frequent checking? With any issues where starting the aeration fans is recommended, monitor daily until you’re sure the issue has been eliminated. If any signs of the issue return, further action will be needed.

When is the situation severe enough that you pull the plug and empty the bin? Unfortunately, most nonmechanical problems in a bin will not be fixed with any amount of high- or extended-aeration airflow. If the problem doesn’t go and stay away within a few days, it will be necessary to start moving grain out of the bin while monitoring exiting grain carefully. The bin should be pulled down to where you obviously have found and removed the problem. You can stop at that point, but even stricter monitoring will be necessary to make sure the issue is completely resolved.