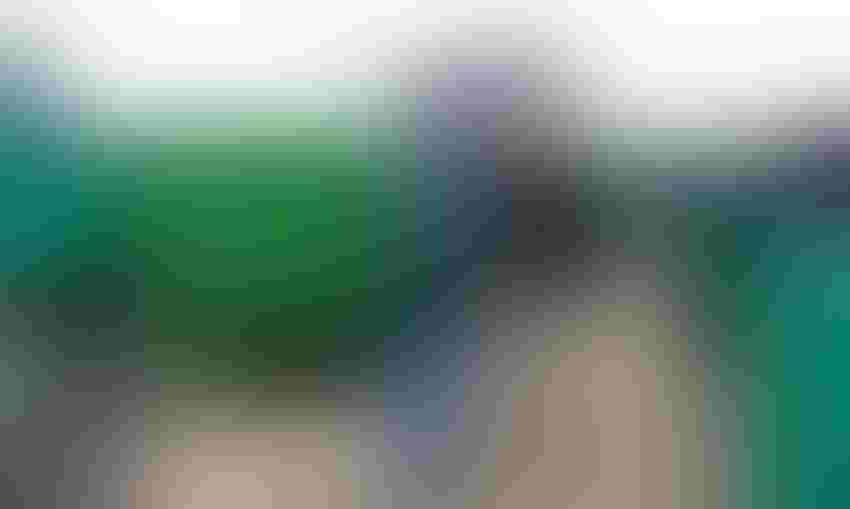 The weather was grim but the turnout was great at the Southern Farm Show Feb 5, 6 and 7 in Raleigh, N.C., with farmers―mostly from the Carolinas and Virginia―coming to see what is available in 2014 to help them produce farm commodities.

There was good traffic every day at the MarCo Manufacturing display, CEO Tom Pharr said.

"We had a good show, and I was pleased at the positive attitude toward purchases,” said Pharr, whose company makes tobacco harvesters.

There was a very positive attitude among farmers at the show, said Bob Pope of Long Tobacco Barn Co., Tarboro, N.C. “I see a lot of enthusiasm among tobacco farmers. We seem to have reached the point where cured leaf is selling high enough that farmers can justify investments in infrastructure.”

For instance, he is seeing farmers with rack barns now making the leap to new big box barns. One factor could affect all this, he said: Propane’s price has gone up significantly in the six weeks before the show, driving farmer's to consider buying more fuel-efficient barns.

Farmers talk about what interests them

“It has been too wet to get the concrete laid and to get in the yard,” he said. “I have 50 units finished and waiting to be delivered.”

CTS sales have been up substantially this sales season, he added.

Some of the things Southeast Farm Press heard on the floor at the show:

--Kevin Dasher of Live Oak, Fla., took a hard look at a Checchi Magli mechanical transplanter for crops like vegetables and tobacco. One was on display at the Benchmark Building and Irrigation (Murfreesboro, N.C.) exhibit. Dasher was intrigued by what he saw. “It looks more efficient,” he said. “You can get done faster and cut down on labor.” Expense would be a factor. “But for the return  you would get out out it,  if it does what it says, it would probably be worth it,” Dasher said. A farmer might get by with just one man walking behind his transplanter instead of three or four, said Mark Jones of Benchmark, who hosted Dasher.

--Jeremy Myers of Asheboro, N.C., looked at fabricated trailers at the Wilson Manufacturing display. Owner G.H. Wilson showed some of the tobacco trailers that Wilson manufactures at its factory in Dunn, N.C. “These are drag-belt trailers that you can unload into a leaf loading system or use a continuous belt―either drag belt or containers,” Wilson said.

--As wet as 2013 was, you would have expected crop failures all over N.C., said Steve Troxler, North Carolina Commissioner of Agriculture. “With all the rain we had, it could have been a total disaster, but we had good yields. It’s a testament to how good our farmers are and the great pride they put into their crops every year.” He commented on the recent decision by the CVS pharmacy chain to take tobacco products off its shelves. “That's their prerogative,” he said. “And as a user of smokeless tobacco, I have the prerogative to not use CVS stores.” North Carolina is not growing as much tobacco as it did 30 years ago, but it is growing more than right before the buyout, he noted.

--Ironically, the drizzly weather Wednesday and Thursday helped drive up attendance. “Bad weather helps the show,” said David Zimmerman, show president. “Farmers don’t have much to do when the ground is wet and it’s cold outside.” There was more for them to see. “We had about 50 more exhibitors than last year,” said Zimmerman. “We will keep adding tents as demand calls for it.”

--A familiar implement was missing from the show: citing EPA compliance problems and diminishing volumes resulting in an ever-changing industry landscape, AGCO discontinued production of its line of SpraCoupe self-propelled sprayers for the North American market in 2013.“Our SpraCoupe brand has enjoyed a proud, 50-year heritage of serving farmers’ application needs, and we thank our customers for their confidence in our quality AGCO products,” Sharitz said. “This was a difficult decision, but a necessary step for AGCO to maintain its leading position in the application industry.” At past shows, the compact SpraCoupe sprayers always attracted a good crowd.