Horsch, known for tillage and seeding in the U.S., has some interesting sprayer tech too. While not headed to the U.S. it shows an interesting tech trend. 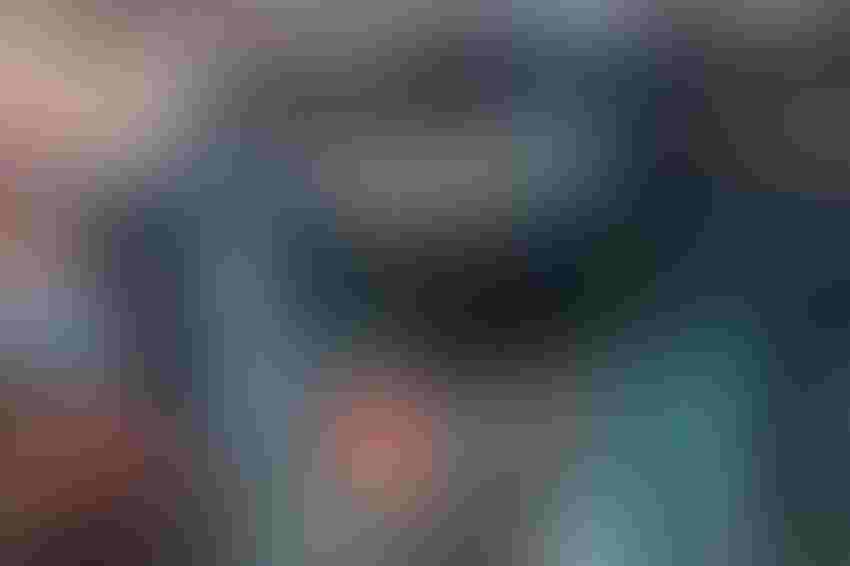 <p>This forward-looking laser scanner, mounted on the cab of a Horsch self-propelled sprayer, can &ldquo;see&rdquo; the field ahead and spot obstacles and changes in crop height in a way that allows the boom to respond more gradually so it can run closer to the crop.</p>

When you visit familiar companies in international settings you learn new things. That’s true for Horsch, a company known for its vertical tillage and high-speed planting tools in the United States. A visit to its Agritechnica stand in Hanover, Germany, showed the firm is big into self-propelled sprayers in Europe as well, and it offered an innovation for the show that earned the company a Silver Medal from show organizers.

The company developed a cab-mounted laser scanner that looks ahead to find obstacles before the spray boom finds them.

Auto-boom control isn’t a new idea. Several companies offer technology that raises and lowers the boom to maintain a consistent height over the crop, and Horsch has its own product in that category. But the company’s innovation goes a step further. With the forward-looking sensor the sprayer “sees” the obstacle much sooner so the change in boom height is more gradual.

The need for speed

Siegfried Horsch, a cousin to company founders, works in marketing for the company and he explains that spray operators are moving through the field faster and that can challenge boom control systems. With this system, the sprayer sees trouble sooner and can react more quickly.

Yet, software control doesn’t mean the boom pops up fast when the obstacle nears. “We raise the boom and lower it more gradually,” he explains. “The boom only moves in a 30 centimeter range.”

The idea is to keep the boom closer to the crop to avoid drift and improve coverage. If the system detects an obstacle higher than the boom will raise the sprayer will come to a stop for the operator to move around (or over) the obstacle.

The system works with a product Horsch calls Boom Control Pro, which is the company’s auto-level system, and when it’s ready for market can be added as an option. Right now the company is still working through the software interface and fine-tuning the system.

The laser scanner is actually creating a live topographic map of the field, and it is so sensitive that it can see a broom handle above the crop several hundred feet ahead of the sprayer. At the speed big sprayers move these days, this kind of system offers some interesting potential for the future.

That scanner has a wide vision so it can basically see the width of the spray boom and spot obstacles, which is important Horsch says because spray operators often run at night to keep up with timely spraying.

The tool is still a prototype, and only for Horsch sprayers, which are not sold in the U.S., but it shows the expanded ways that new kinds of sensors are being put to work on farm equipment.