Report finds a need for more support and training, as well as help in acquiring access to farmland 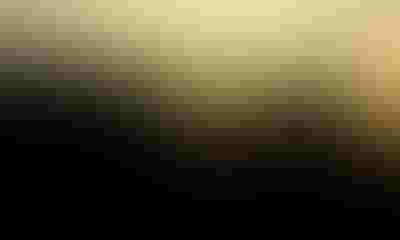 An aging American farm population, the need to successfully transition land ownership from senior farmers to new industry entrants, and providing support and training for these beginning farmers, are top concerns for the future of the American farming industry, according to an agricultural economist in the College of Food, Agricultural, and Environmental Sciences at The Ohio State University.

“Farm transitions have been identified as one of the major upcoming structural changes in agriculture that concerns policy makers,” says Ani Katchova, chair of Ohio State’s Farm Income Enhancement Program. She also holds appointments with OSU Extension and the Ohio Agricultural Research and Development Center, the statewide outreach and research arms, respectively, of the college.

Katchova spoke Dec. 7 at the kickoff to the college’s 2015-2016 Agricultural Policy and Outlook series, which is a series of local meetings held statewide through January. Dates and times for the meetings, along with information such as policy briefs and presentation files from each of the presenters can be found at go.osu.edu/2016outlook.

The meetings feature presentations by experts from the college’s Department of Agricultural, Environmental, and Development Economics who discuss issues that the food and agricultural community should expect this year, including policy changes and market behavior with respect to farm, food and energy resources, and the environment.

The meetings are open to the public. A meal is provided with each meeting and is included in the registration cost.

Additionally, a new offering this year is a webinar to enable participants to join remotely from their home or office. The webinar, which costs $10, will be held on Feb. 1 at 6:30 p.m. Register by Jan. 25 at regonline.com/AgOutlook2016.

Katchova defined farm transitions as changes in farm size or structure, intergenerational transfers of a farm operation, and the entry and exit of industry participants.

Using data from the 2012 U.S. Census of Agriculture, Katchova worked with Mary Ahearn, an agricultural economist with the U.S. Department of Agriculture’s Economic Research Service, to analyze the age distribution of all farmers and beginning farmers.

The average age of U.S. farmers in 2007 was 57.1 while in 2012 this figure reached 58.3, Katchova said. Additionally, the current data shows that there are fewer beginning farmers joining the industry compared to findings from earlier agricultural censuses, she said.

As an industry, farming is currently showing lower entry numbers for new farm businesses started each year across the nation, she said.

Both groups report a need for more support and training, as well as help in acquiring access to farmland, Katchova says.

“Depending on their age, we find that beginning farmers have different capital needs in terms of purchasing or leasing farmland and that they likely need different support programs to start their businesses,” she says.  “While young farmers may have similar needs to initially acquire farmland as older beginning farmers, young farmers may need additional capital or may face more credit constraints for purchasing additional farmland to expand their operations.

“These considerations make it important for policy makers to have a clearer sense of their policy goals in targeting beginning farmers, including targeting young farmers and tailoring farm policy support for their needs.”