The White House wants leaders from Canada and Mexico to join in unveiling the broad outlines of an updated pact at the Summit of the Americas that begins April 13. 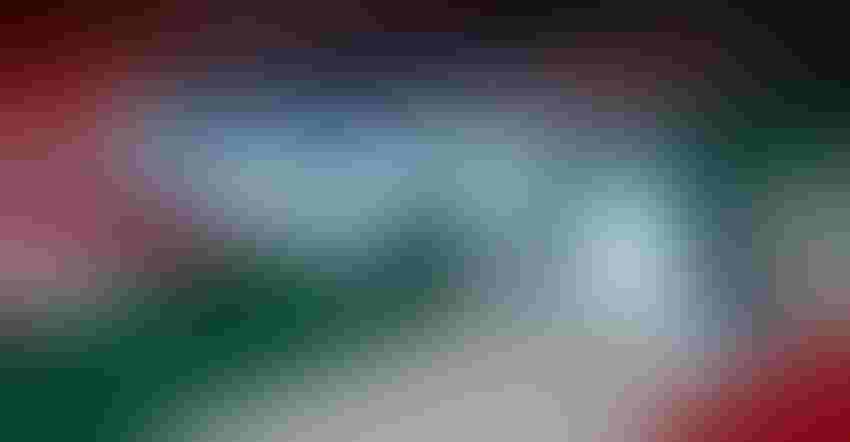 The Trump administration is pushing for a preliminary NAFTA deal to announce at a summit in Peru next week, and will host cabinet ministers in Washington to try to achieve a breakthrough, according to three people familiar with the talks.

The White House wants leaders from Canada and Mexico to join in unveiling the broad outlines of an updated pact at the Summit of the Americas that begins April 13, while technical talks to hammer out the finer details and legal text could continue, according to the people. They asked not to be identified because the talks are private.

The Mexican peso trimmed its losses on news of the meetings, rallying from a session low 18.355 per U.S. dollar toward 18.2. Canada’s currency also pared its loss to C$1.2913 per U.S. dollar.

The three nations face a challenge to meet the U.S.’s goal because major divisions remain, including on the U.S. proposal for more North American content in automobiles. The White House declined to comment on plans to announce an accord for the North American Free Trade Agreement.

On Tuesday morning, Trump took to Twitter and reiterated a threat to pull out of NAFTA if Mexico doesn’t stop people and drugs from flowing into the U.S. from Central America. He also said U.S. aid to foreign nations, such as Honduras, could be at stake.

“The big Caravan of People from Honduras, now coming across Mexico and heading to our ‘Weak Laws’ Border, had better be stopped before it gets there,” Trump tweeted. “Cash cow NAFTA is in play, as is foreign aid to Honduras and the countries that allow this to happen. Congress MUST ACT NOW!”

America’s eagerness to strike a deal on its biggest trade pact comes as U.S. stocks tumbled, falling in seven of their last 10 trading sessions on concern President Donald Trump’s protectionism could spark a trade war. The White House in the past month has imposed tariffs on steel and aluminum imports, and announced plans to slap duties on Chinese goods over alleged intellectual-property violations.

Mexican Economy Minister Ildefonso Guajardo will travel to Washington for meetings with U.S. Trade Representative Robert Lighthizer on Wednesday, the people said. Some meetings could also include U.S. presidential adviser Jared Kushner and Mexican Foreign Minister Luis Videgaray, who have been managing the relationship between Trump and his Mexican counterpart, Enrique Pena Nieto, according to two of the people. Canadian Foreign Minister Chrystia Freeland will arrive Thursday for her own meetings with Lighthizer, and meetings on Friday may include all three countries, the people said.

NAFTA negotiators are working under some political calendar pressure, with elections in Mexico in July and the U.S. in November threatening to complicate the process of reaching a deal and getting it approved by the nations’ lawmakers. Guajardo said last month that negotiations between the countries would need to be concluded before the end of April in order for the agreement to go before the current Mexican Senate and U.S. Congress.

The NAFTA process could become trickier if Democrats take control in the U.S. House or Senate, or if leftist Mexican presidential frontrunner Andres Manuel Lopez Obrador wins or his Morena party picks up seats in the nation’s upper house. Those events probably would change the political calculus for a deal and the content required in a final agreement to win legislative approval. Mexico’s new Senate will be seated in September, with the new president taking office in December. Pena Nieto is limited to a single six-year term.

Negotiators from Mexico and Canada have been expecting an eighth round of NAFTA talks to start in Washington next week, though Lighthizer has pushed back against the idea and hasn’t yet sent an official invitation, according to the people. He says the three can make the most progress by holding regularly scheduled meetings between smaller groups of negotiators, they said.

“Canada is committed to concluding a modern, mutually beneficial NAFTA as soon as possible,” said Adam Austen, a spokesman for Freeland, while declining to comment on her schedule. Press offices of the Mexican Economy Ministry, Foreign Ministry and USTR declined to comment.

Negotiators this week will try to advance on the most contentious issues, including automotive rules, investment dispute settlement and procurement, while also attempting to finish work on less sensitive topics where there’s more consensus, such as telecommunications, digital trade and energy, the people said.

On Sunday, Trump tweeted minutes before arriving at church for an Easter Sunday service that the Mexican government “must stop the big drug and people flows, or I will stop their cash cow, NAFTA. Need Wall!”

Mexico and Canada began renegotiating NAFTA with the U.S. in August at the initiative of Trump, who’s repeatedly said the accord led U.S. companies to fire workers and move factories to Mexico.

Trump has promised to negotiate a better deal for America or withdraw. Negotiators have completed work on six chapters, or subject areas, so far, with about 24 still in progress.

--With assistance from Josh Wingrove and Jennifer Jacobs.