Whether or not a similar couple could get a similar loan today is uncertain. 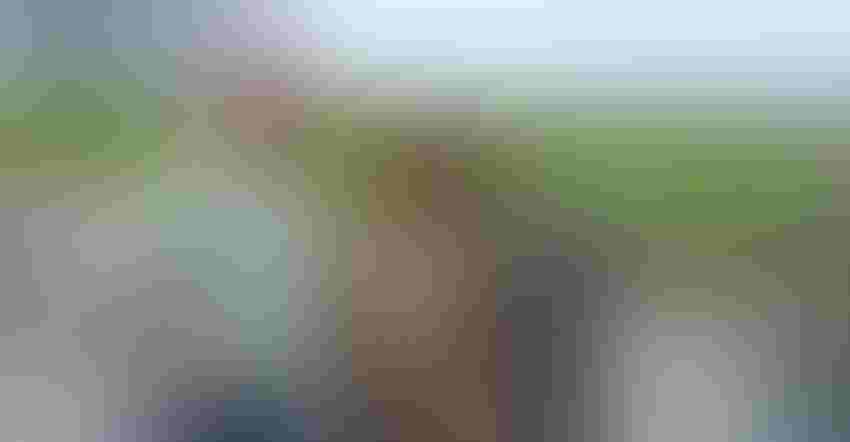 FIRST-GENERATION FARMERS: John and Kristi Kretzmeier are part of the 2017 Class of Master Farmers. They began farming with a loan from a local bank and then invested in hard work.

John Kretzmeier had tons of ambition and a passion for farming, but not much else, when he walked into Fowler State Bank in 1989. He had an opportunity to farm a couple of hundred acres, but he needed a loan to make it happen. What would the bankers say?

They said yes, and Kretzmeier hasn’t forgotten it. He married Kristi Krom in 1990, and they began pursuing their dream of becoming first-generation farmers.

Today, the Kretzmeiers have a successful crop operation and a small livestock enterprise, primarily devoted to raising and marketing 4-H animals. Their progression in farming and commitment to the community helped earn them the title of Master Farmers as part of the 2017 class. The Master Farmer program is co-sponsored by Indiana Prairie Farmer and the Purdue University College of Agriculture.

Loyalty a 2-way street
The Kretzmeiers haven’t forgotten who believed in John enough to loan them money when he had little equity. They still do business with Fowler State Bank. Trace Davies, vice president in charge of ag lending, supported their nomination for the Master Farmer award.

“John had aspirations of being a farmer and came to Fowler State Bank with little of nothing, and presented a startup plan that seemed reasonable at the time,” Davies wrote. “The bank gave John a chance, and we have never regretted that decision. John was a hard worker and understood land management to get the best yields he could.”

Lending today
So less than three decades ago, John Kretzmeier got a loan the way many farmers before him did: on a handshake. Could someone follow the same recipe to start farming today?

“It would likely be much tougher,” he says. “Banks face more regulations today than they did even back then.”

At the very least, Kretzmeier says now he would expect more red tape, a possible need for more collateral and likely a requirement for co-signers.

Other issues besides just whether or not you could get a loan enter into the equation today when you’re trying to start farming, he notes. Even if you want to rent land to your high school-age kids to help them get started, there may be obstacles.

Farm programs are still a part of the equation, and crop insurance is a bigger deal in most operations than it was just a few decades ago. Meeting requirements for those programs could present challenges for either a young person trying to rent land or the person wanting to rent it to him or her. Unintended consequences could affect the decision.

Watch the Indiana Prairie Farmer website this week to learn about all the 2017 Master Farmers. In addition to the Kretzmeiers, you will meet Denny Bell, Terre Haute; Larry Holscher, Vincennes; and Stan Poe, Franklin. You will also learn about longtime Jefferson County Extension educator Lonny Mason, the 2017 Honorary Master Farmer.